Some new details, based so far on rumors, have emerged, and the UK Express described what’s being reported so far via Twitter:

Comic book movie leaker GeoPanda24 recently released a slew of details about the upcoming Superman reboot being written by Ta-Nehisi Coates on Twitter.

It is important to note that this information cannot be confirmed, so should be taken with a grain of salt.

With that said, GeoPanda24 explained that, while the Superman reboot was previously reported to follow a Black version of Kal-L, that is not the intention.

Instead, the leaker revealed: “Rather it uses Superman’s alien heritage as a parallel to racism. They are, however going through with colorblind casting.” (sic)

Don’t be shocked if it’s all the wrong ways. This is, after all, a most notoriously far-left writer who’s developed the screenplay so far, and the studio management is doubtless aware of his leanings, and has no concerns over how divisive he is, nor do they have any problem with whatever he brews up that could be divisive in the story. Say, and what if, despite what’s told by the info leaker that they won’t be casting a Black actor in the role, it turns out to be an Asian/Latino actor in the role? If so, they’d still be making a political statement at this point.

Colourblind casting is a method of casting actors in character roles without specific skin colours in mind.

The leaker added: “They do have descriptions of the characters in the script which gives away their races. Lois Lane is written with an Asian Actress in mind. Perry White is written as an African American man and Jimmy Olsen is described as a freckled redhead (no racebending with Jimmy).” (sic)

Considering Superman is literally an alien, this change likely won’t alter the character much at all.

Except in how potentially far-left his ideological components could be. It’s beginning to sound a bit like how The Batman was scripted, with the star still white, but some of the other notable co-stars altered to POC (James Gordon, Selina Kyle/Catwoman). And what if Jimmy turns out to be changed to homosexual, recalling I once read about a proposed screenplay by Kevin Smith from years before for a Superman movie, which may have contained such elements? That too would be yet more slapping fans in the face with grating insults at the expense of Siegel/Shuster to boot. But wait’ll you see how the science-fiction elements have been approached:

With that said, the biggest reported change comes in the superhero’s powers.

Traditionally, Superman is the ultimate superhero. Not only is he super fast, super strong, and able to fly, he also has heat vision and icy-cold breath.

These powers have been removed entirely, according to GeoPanda24.

They wrote: “Superman is heavily nerfed [weaker], being taken back to his golden age roots.”

The leaker revealed: “[Superman] can no longer fly, but he can instead ‘leap tall buildings in a single bound’. He also lacks heat vision, frost breath and x-ray vision. He’s also described as moving at Mach 7.” (sic)

Giving Superman more of a vulnerability would certainly be interesting to see on the big screen – but would it engage with DC Comics fans?

The short answer is “no”. Certainly not this Super-fan. You don’t have to water down Superman’s powers to make a socio-political commentary, and besides, it’s said commentary that’s the point of contention here. If it takes entire precedence over whatever science-fantasy elements could be brought to the table, is as divisively leftist as some are rightly worried it’ll be, and neither Kryptonite nor magic have any significant role in the screenplay, it’ll look all the more like a whole lot of ideologues taking advantage of a classic creation to suit their ideological beliefs, at the expense of what sci-fi concepts could be explored. What next, will it turn out this is practically a low-budgeted production where any aliens are stunt performers wearing rubber suits? I’ve thought modern CGI in live-action can get pretty tiresome, but so too can cheap-looking costumes. No wonder animation’s a better avenue for sci-fi nowadays.

Here’s a thread with everything I know about the #supermanreboot

Inverse also picked up the news, and said:

In a recent Twitter thread, user @GeoPanda24 tweeted out a string of details they claim to know about the Abrams-produced Superman reboot. According to the thread, the film will take place in the modern day and will use Superman’s “alien heritage as a parallel to racism.” The film will apparently imagine Superman as a “champion of the oppressed.”

Additionally, the film is said to focus on a much weaker version of Superman than audiences are used to seeing, one who doesn’t have heat vision, frost breath, or x-ray vision, and who can’t fly. Coates’ script for the film is currently said to be 165 pages long and uses the “golden age version” of the Ultra-Humanite as its primary villain.

Warner Bros. apparently sees the film as a possible “awards contender” in the same vein as 2019’s Joker, rather than as a standard comic book action movie.

By today’s standards, that translates to political commentary intended to please the already woke Oscar board. No wonder it must’ve made no difference to Steven Spielberg his remake of West Side Story was a box office fiasco.

Assuming these leaked details are accurate, that means Warner’s new Superman film will be unique in ways comic book fans probably didn’t see coming. Not only does this leak suggest that the film will introduce viewers to a new version of Superman, but he’ll be one who’s very different from the all-powerful brooder Henry Cavill played in Zack Snyder’s DCEU films.

It’s impossible to say what that means for Henry Cavill’s future as the character. In the Twitter thread, it’s said that Warner Bros. plans on adopting a colorblind approach when it begins the casting process. Other characters in Coates’ script, however, are said to have been written with specific backgrounds in mind.

Regardless of who ends up getting cast, these details all suggest that the film will tell a very different story than any of Warner Bros.’ past Superman movies have. Depending on how you feel about the project, that’s either an incredibly exciting or irritating prospect.

See, that’s actually the problem: it’s bound to be extremely and predictably divisive. And what business do they have suggesting virtually all comics fans are looking forward to this, or even care at this point? And, why do they say it’s “unique”? Only as what’s bound to be a very leftist, woke venture, sadly. One that probably won’t even thank Siegel/Shuster for what they co-created in their time. 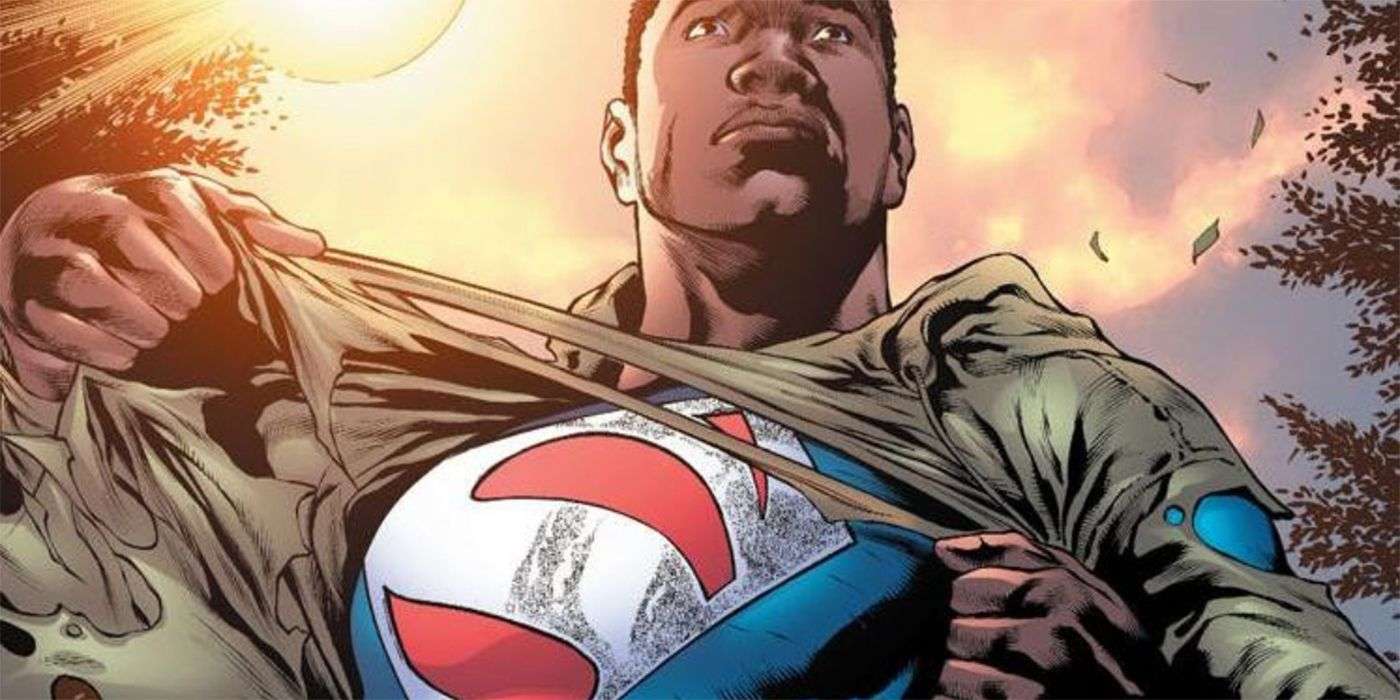 There really isn’t much point in looking forward to such movies regardless. I have no idea if Henry Cavill will return, and it won’t be shocking if he doesn’t. Assuming the info from the Twitter poster has any accuracy, this looks to be a reboot unrelated to Zack Snyder’s 2013 movie, one that could wind up becoming quite laughable in how obvious the leftist political intentions behind its production look to be by now. When a movie project based on famous creations is exploited for one-sided agendas reflecting the modern left’s viewpoints, something is going terribly wrong.