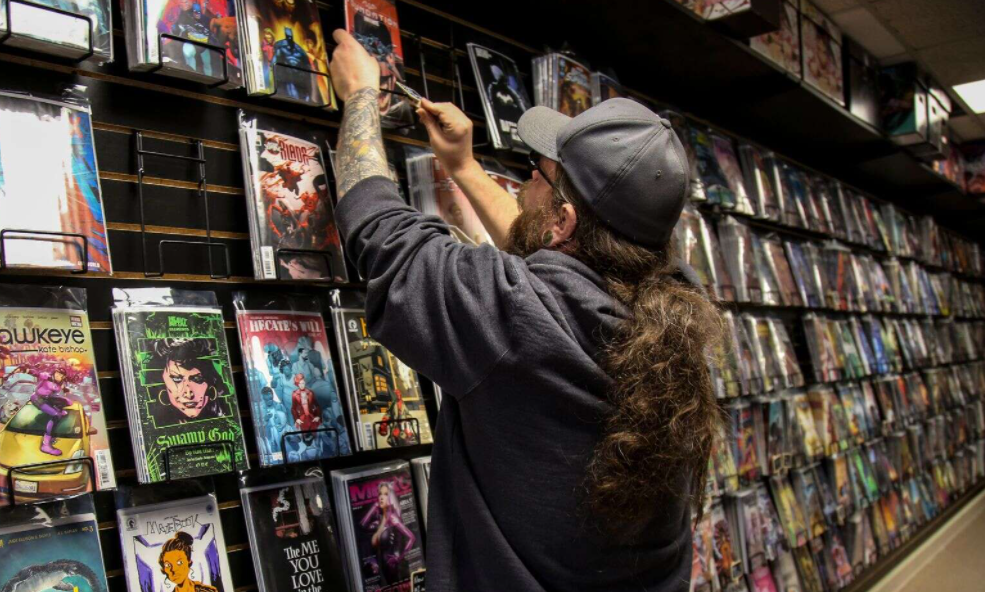 Mind Matters discussed the sharp decline in the entertainment industry’s value, and that includes comic books, of course. What’s brought up here is very disturbing:

Some ask whether new Woke politics and themes in entertainment are driving the decline. It’s a complex question. Wokeness probably is driving a decline in comic book sales (though such facts are rarely admitted). For example, suddenly morphing an iconic type of character into an unfamiliar identity is like replacing the Thanksgiving pumpkin pie with goat’s milk yogurt. Whatever diners might otherwise think of the yogurt, they were looking forward to their traditional pumpkin pie…

And in the case of comic books, some say there has even been pressure on shop owners from publishers to accept Woke ware, even though the shop owners knew that the fans were not interested:

If a comic book store does not order enough comics of a certain comic book that is more diverse or has LGBTQ characters, then the owner is called names and gets insults. However, despite of the fact that an LGBTQ comic book does not sell much the store owner is still pressure into buying those.

The comic stores are the ones that suffer because of the politics. You have feminist comic books that don’t sell even 10,000 copies but the store owner is pressure into ordering those.

Well if anybody’s acting vulgar and rude towards a store proprietor because he or she won’t stock heavily on LGBTQ-themed comics, in example, that just confirms what’s gone wrong with the world – lack of polite dissent and the influence of profanity in modern society, which is noxious. Assuming this has anything to do with the Big Two, that’s exactly why shop owners have to stop relying so heavily upon their products, period. Cult worship, as we know it, has become a very dire issue nowadays, and is practically the reason why some people may not want anything to do with pop culture.

That’s why the issue needs to be addressed seriously, about all the wokeness that’s led to rudeness by extension, and why it’s bad for business. Unfortunately, very few sensible people in the mainstream are willing to do that.