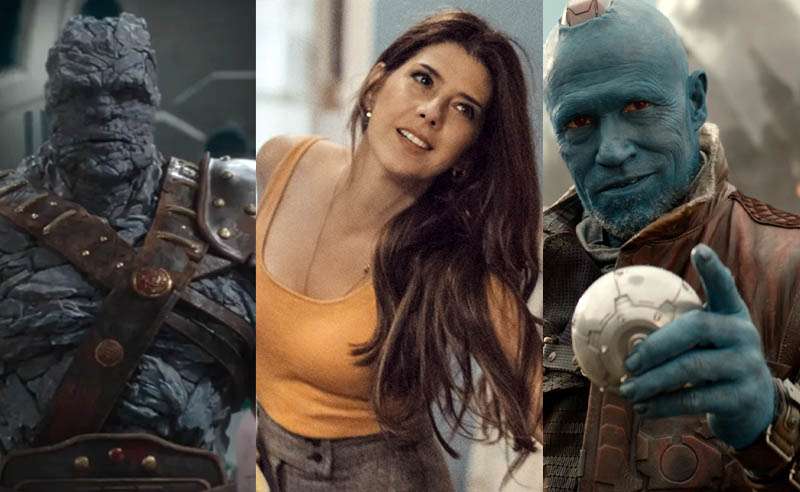 Thor’s Korg and Spider-Man’s Aunt May have been named the most well-received characters in the MCU so far, based on critic scores, a new study has revealed.

The findings come from a critic ratings study, which analyzed the film ratings for all MCU movies across three popular review platforms – Rotten Tomatoes, Metacritic and IMDb – to reveal which is the most reliable database, and which is the most pessimistic overall.

The study found – based on the aggregate critic scores held by each character in the MCU and the films they appeared in – it’s Korg, Aunt May and Valkyrie that are the favorites.

The analysis involved pulling together and averaging the critic ratings for every MCU film across the three platforms – Rotten Tomatoes, Metacritic and IMDb – and pulling together the character lineup of these films, to assign every MCU member an aggregate critic score.

Korg holds an average rating of 4.2 out of 5 for his three MCU appearances (Thor:Ragnarok, Avengers: Endgame and What If…?), making him the highest-rated character to date, while Aunt May sits at a much lower 2.8/5 for her role in the Spider-Man film series. 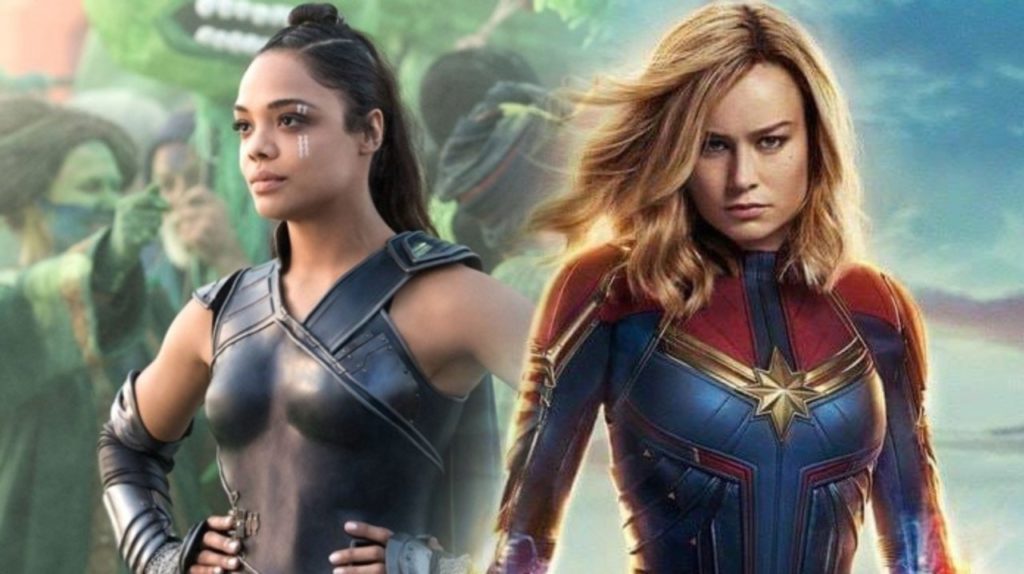 When it comes to which Marvel movies prove the most popular with fans across the three platforms, the study found it’s Spider-Man: No Way Home that holds the highest cumulative score (8.8/10), while The Eternals is the lowest-rated MCU flick so far (5.8/10). 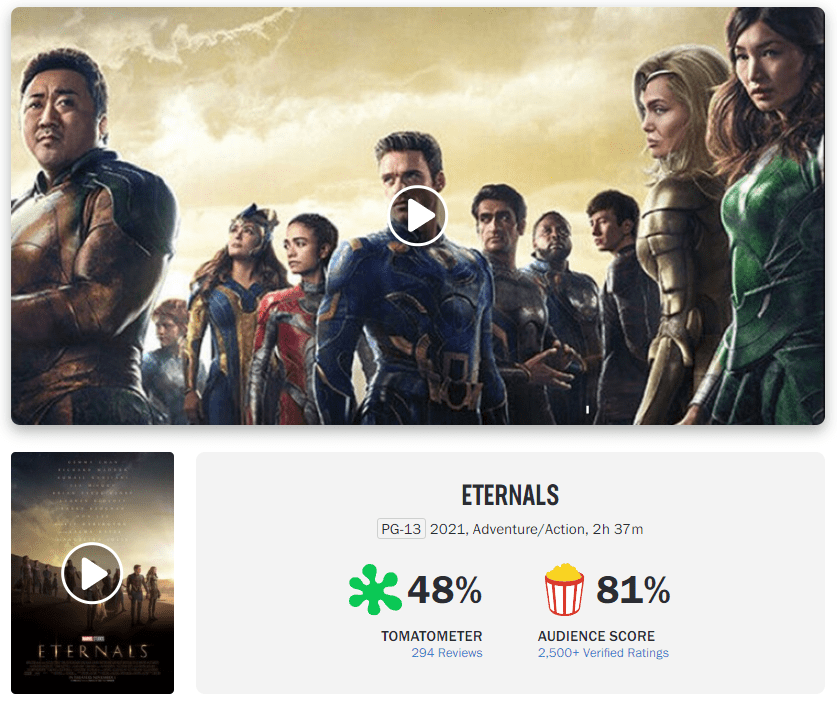 It’s not surprising then that Spider-Man characters MJ (Zendaya) and Aunt May (Marisa Tomei) fare so well in the line-up, given the incredible success of Tom Holland’s last outing.

James Gunn’s Guardians of the Galaxy characters also seem to have proven a hit with fans, with 40% of the top ten highest-rated characters coming from the franchise.

On the other end of the scale, it seems that fans are growing tired of the original Avengers, with Black Widow, Iron Man, Captain America, Nick Fury and Thor making up the lowest-rated five characters in the MCU to date.

The analysis suggests that this is due to the success of Phase 3 of the MCU, which holds a massive 22% higher average critic score than Phase 4 – which, according to the database rankings, is the lowest-rated instalment of the MCU thus far. 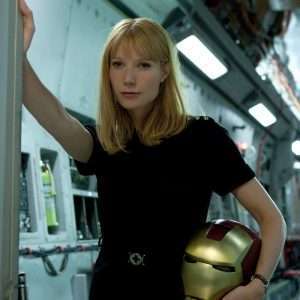 film rating platforms (IMDb, Rotten Tomatoes and Metacritic) should be fans’ go-to, based on their reliability and fair representation of recent releases.

Despite Rotten Tomatoes often being regarded as a cutthroat rating platform, the analysis revealed that it’s the best database overall, while IMDb was named the least reliable.

Rotten Tomatoes also saw the least fluctuation in film ratings when compared to the other platforms – while Metacritic and IMDb showed wildly different ratings for the same titles.

This was also the case for MCU movies, as the analysis reveals Rotten Tomatoes holds the highest average ratings for Marvel films and TV shows (8.4/10), while Metacritic is the harshest platform for comic book fans (7.1/10).