As Tristen reported earlier, Marvel Comics has recently announced that they’ve hired ‘controversial writer’ Zoë Quinn to pen a new Hellcat story for an ongoing, all-women, anthology comic called ‘Fearless’. Now, I’m sure most of you know who Zoë Quinn is but for the sake of the blissfully ignorant allow me to give brief synopsis. Ms. Quinn is highly infamous online for a whole host of reasons.

The first point of her notoriety being that she is the creator of a terribly made “game” titled “Depression Quest” that can at best be described as ‘mediocre’. Eventually a viral blog post written by her ex-boyfriend came to light alleging that she had used sex as a tool to advance her professional career by sleeping with videogame critics. This eventually led to her being a central figure in the Gamer Gate controversy when Ms. Quinn later alleged that she had received various threats from Gamer Gate supporters. She appeared in front of the UN alongside Anita Sarkeesian to speak about online harassment and complain about how unfair the internet is. Thankfully little to nothing at all came from that meeting. She later created the Crash Override Network, an “anti-harassment” group that was later exposed to have been engaging in targeted online harassment.  Chat logs exposing this are available here. She also apparently scammed $85,000 out of her supporters on Kickstarter that apparently has still yet to materialize. 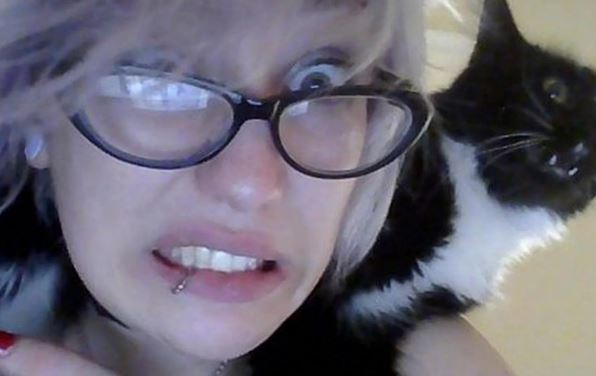 Recently, after showing  zero interest in the comic book medium (to the best of my knowledge), she was hired by DC Comics to write a book for her Vertigo imprint. The book titled “Goddess Mode” was so soul shreddingly terrible that I wasn’t even able to finish doing a video review of the first two issues. The series only lasted #6 issues. It’s not surprising then that afterwards, along with other similarly horrible titles they published, that DC Comics sadly decided to shutter the entire Vertigo line. According to Comichron at the end of it’s life Goddess Mode couldn’t even reach 5,000 orders and didn’t make the top 200 comics for June 2019. How someone can fail this badly and still get work is beyond me.

But apparently killing Vertigo did not slow down Ms. Quinn’s momentum one iota, as it was announced not long ago that she would be writing a title based on the Addams Family for IDW. Over the course of my time researching this article I failed to find a single creation of Ms. Quinn’s that I could, by any objective standard of quality, call creative, artistic, erudite, ingenious, pleasing, thought provoking, deep, enlightened, ground breaking, substantial, exhilarating, well written, well executed, well thought out, well rounded, well paced, well crafted, or even adequately done. And with the advent of her Hellcat book looming on the horizon like some grotesque eldritch horror, I fear we may yet have to tolerate Ms. Quinn’s continued presence for the foreseeable future.

I’d love to know your thoughts on this, and meanwhile – please do not attempt to contact Ms. Quinn in any way. I’m almost certain that she would only use it as another cynical attempt to further raise her profile.)

Acceptable Loss: Warner Bros. Wisely Shelved Woke 'Batgirl' Film
Get Woke... Disney's Stock Now One of Worst Performing of the Year
With Absolute Power: Why the #MeToo Movement Was So Easily Corrupted
CEO David Zaslav Reveals a 10-Year Plan for DC Films - includes The Flash
He had a Good Run: CW's The Flash to End with Abbreviated Season 9
BatmanGate? Matt Reeves Won't Direct 'The Penguin' Spin-Off for HBO Max
Professor Warns Marvel Against 'Colonial Racism' of Bringing Sub-Mariner to Wakanda