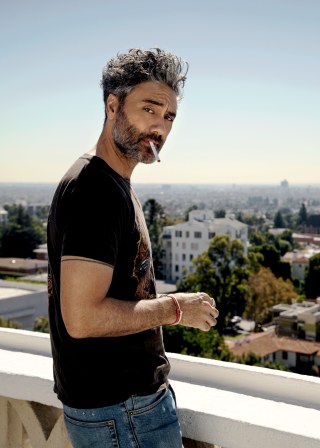 Opinions on Thor: Ragnorok are mixed, but some are thinking positively about the rumor that Taika Waititi might be directing the new Star Wars movie scheduled for release in 2022.  Think again.

According to Hollywood Reporter:

Taika Waititi, the filmmaker behind the Oscar-nominated Jojo Rabbit and Thor: Ragnarok, has been approached to develop a Star Wars movie, sources tell The Hollywood Reporter.

But fans should remember, that Waititi is the guy who said:

“I’ll Ruin Your Mythos in a Minute, Baby”

So like Rian Johnson, here comes another guy who seeks to infuriate fans rather than entertain them.  Additionally, Waititi thinks New Zealand is racist.  That’s right.  New Zealand.  The country.

Taika Waititi: Nah, it’s racist as fuck. I mean, I think New Zealand is the best place on the planet, but it’s a racist place. People just flat-out refuse to pronounce Maori names properly. There’s still profiling when it comes to Polynesians. It’s not even a colour thing – like, ‘Oh, there’s a black person.’ It’s, ‘If you’re Poly then you’re getting profiled.’

But there may be a silver lining here.  From The Guardian:

Waititi’s involvement in Star Wars may also signal that the projected trilogy from The Last Jedi director Rian Johnson will not see the light of day. Little concrete information about the Johnson trilogy has emerged since it was announced in 2017, and the director appears now to be concentrating on a sequel to his hit crime comedy Knives Out. In a recent non-committal remark, Johnson said: “I’m still talking to Lucasfilm [about Star Wars] but they haven’t announced anything on their slate yet.”

Were Waititi and Johnson vying for the same Star Wars project, and Waititi has won out?  Who knows?

Editor’s note: It should be stated that the writer-director is not necessarily a surprising choice. He voiced the “nanny” droid IG-11 in the Disney+ Star Wars series The Mandalorian and directed the final episode, establishing his galactic cred with Lucasfilm and many fans of the show.

He also made an vague reference to the chatter on Twitter, posting a classic rock album with possibly significant title (below).