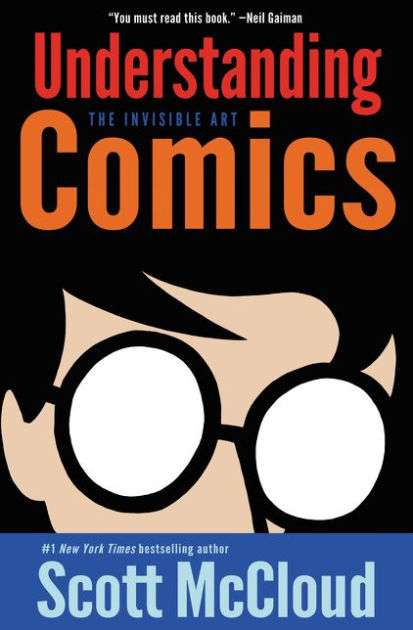 The Financial Times says Scott McCloud’s Understanding Comics has become an influence for computer artists, but some of the sources making use of it seem questionable:

First published 30 years ago, Scott McCloud’s Understanding Comics is the definitive comic book about comic books. An illustrated lecture on storytelling mechanics and visual vocabulary, it’s become a go-to for those creating graphics for everything from street signs to app icons. Andy Hertzfeld, who helped design the original Apple Mac, called the book “profoundly wise”.

McCloud has given talks at Google and Pixar, and at games companies including Blizzard and Electronic Arts. At Bitmoji, the cartoon avatar developer in the group that owns Snapchat, Understanding Comics is given to every newly recruited artist. “That is our bible at the studio,” says Bitmoji founder Ba Blackstock.

One particularly fertile area for McCloud’s ideas right now is avatars. From World of Warcraft to Fortnite to Roblox, millions of gamers take on cartoon form to play and socialize online every day. As Silicon Valley strives to create the “meta-verse”, big tech companies want their own avatar systems too.

Last month TikTok became the latest to launch its own avatars, allowing creators to insert virtual caricatures of themselves into their videos. With their airbrushed features and plastic hairstyles, TikTok’s digital dolls use a similar style to Apple’s Memoji or Meta’s avatars. They started life in its virtual reality headsets and are now available on Facebook and Instagram too.

Every company that develops this kind of product faces a dilemma: where to position their designs on the spectrum between realism and abstraction that McCloud describes. “If you go too far in either direction you run into difficulties,” says Blackstock.

The sad thing about this news is that McCloud’s done work for an animation company like Pixar that, much like the rest of the Disney studio it’s owned by, has degenerated into wokeness these days, and even video game publishers like EA and Blizzard have been going that route. And it’s hardly inspiring to see TikTok cited in this article, seeing as they’re a China-owned social network, one that’s ironically allowed only so much wokeness on their platforms, though surely because it’s not permitted in China proper. Why, even news Facebook’s seemingly taking inspiration from McCloud’s writings doesn’t inspire enthusiasm, based on how leftist they’ve been over the past decade, though they may have moved away from some of that attitude lately.

Indeed, the whole notion a lot of computerized studios with woke leftist politics embrace McCloud’s Understanding Comics is enough to make one wonder if maybe the book is overrated, though in fairness, McCloud may have begun giving seminars there years before they actually started taking up divisive politics in the past decade or so. Nevertheless, because of where Pixar and Blizzard have gone since, that’s why this news doesn’t build up the enthusiasm it might once have.