As Power Man (aka Luke Cage) Turns 50, Was He Ever That Popular? 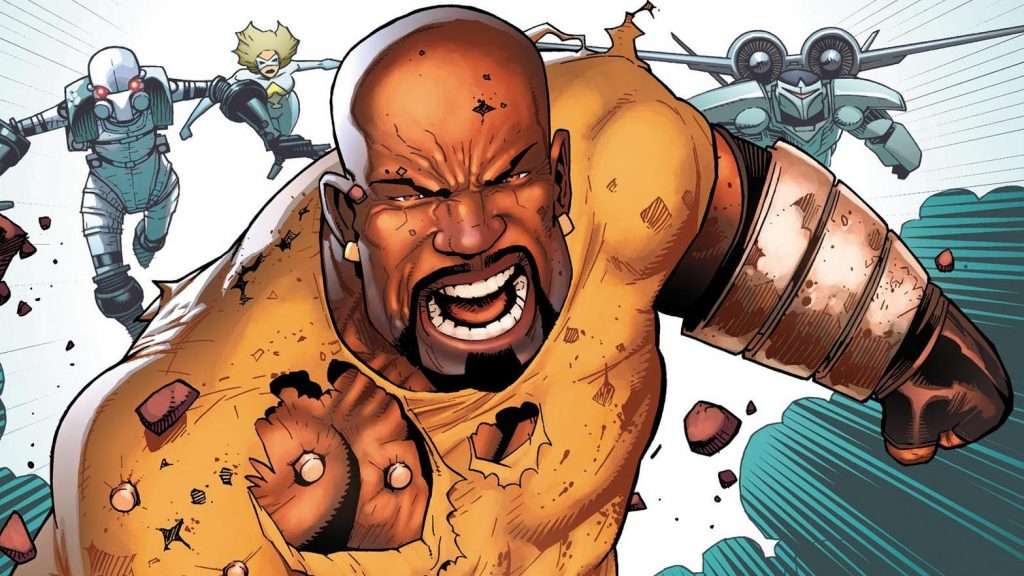 USA Today wrote an article for the 50th year since Luke Cage debuted in the Bronze Age, at a time when the blaxploitation genre was significant in movies, and what a surprise, they open with interview quotes by one of the worst possible modern writers:

Finding a book with a Black superhero on the cover was a defining moment. Luke Cage wasn’t the sidekick or supporting character in a white superhero’s adventure. Cage was front and center. The “Hero for Hire” graced shelves in June 1972, the first Black superhero to get his own comic book, according to experts who spoke with USA TODAY.

Walker, 53, based in Portland, Oregon, read that comic “until the cover fell off.”

“When you’re a little Black kid growing up on the playground, that’s all anyone ever wants you to be, the sidekick. Luke Cage wasn’t anybody’s sidekick. It really changed my outlook as to the possibilities of what a superhero could be,” he said.

In the 50 years since “Luke Cage, Hero for Hire” entered the comic book scene, various artists, writers, and showrunners have offered takes on the man with super strength and unbreakable skin. Nowadays, Black creators are getting the chance to write and illustrate the story of a Black man with superpowers trying to make a difference in the Harlem area of New York City.

But why exactly does Walker deserve to helm any new books starring Luke Cage, after all the PR trouble he caused a few years ago when he posted vulgar comments on social media, and exploited Avengers for his divisive ideologies? Predictably, they’ll never answer that. And who says they only want blacks as sidekicks? Black Panther, who came before Cage and Falcon, was his own man, and nobody’s sidekick, so isn’t that significant? Even Black Lightning was his own main agency. 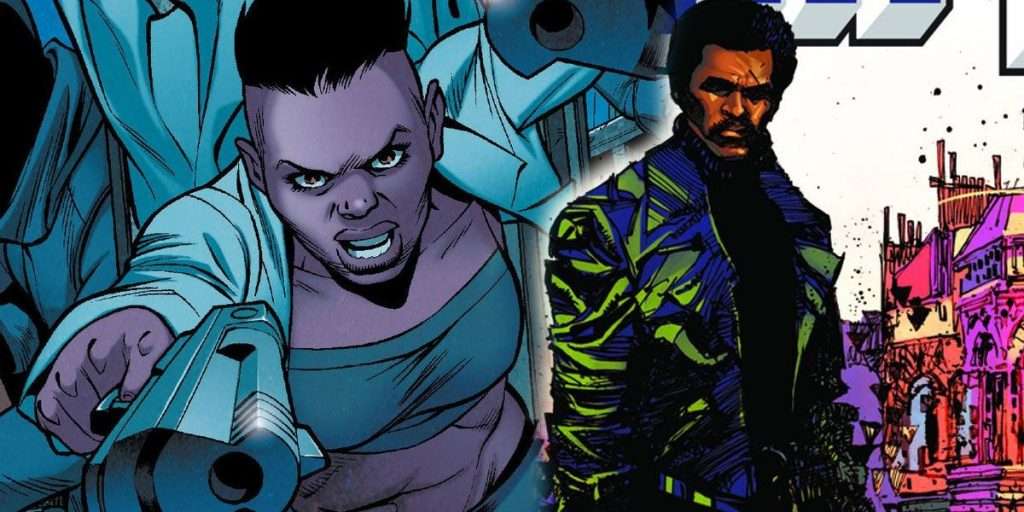 All that aside, why do they make it sound like it’s such a big deal for Black creators to work on a Black character, but not on other and all famous creations, regardless of their racial background? Christopher Priest was one veteran writer/editor who got to work on Spider-Man in the 80s, and is proof how African-American scribes and artists in the business is nothing new at all. This sounds like little more than ghettoization of who’s allowed to write what.

“This for any sort of creator – especially people who come from marginalized communities – it’s really important for us to see these characters, to be inspired by these characters, and then, when necessary, to give those characters humanity,” Walker said.

Look who’s talking. Somebody most lacking in manners, based on his past social media conduct, along with any politically charged stories he wrote, like Occupy Avengers. Somebody that uninspiring himself has no business lecturing us, yet his politics clearly endeared him to the newspaper’s staff, to the point they’d made him the prime interviewee, despite his pretensions. The really sad part, however, is that with many of the original Marvel staff of the times now gone, there were few left to speak with, yet guys with more class like Roy Thomas, one of Marvel’s leading writers/editors at the time, are largely excluded from the narrative.

“Luke Cage has evolved as the dialogue about African Americans’ place in the broader culture has evolved,” Chambliss said. He credited Eisner Award-winner Brian Michael Bendis with “rehabilitating” and creating the “contemporary” look of Cage. These days, Cage is frequently portrayed as a bald man in casual wear – a far cry from his original getup.

And why are we supposed to consider a bald head something to be impressed by from a visual perspective? It all came at the expense of the original stories up to the turn of the century, all because one of the most overrated writers who gets away with stuff that otherwise wouldn’t fly in today’s PC environment concocted this mess, and now, for 20 years already, Cage has not looked like Cage in a long time. Bendis was one of several deconstructors of superhero fare who absolutely ruined it, but nobody in the MSM will admit it. By the way, why are we supposed to find the stories about Jessica Jones impressive, considering she unfortunately was created nearly 2 decades ago by Bendis, at a time when Marvel was going down the drain? It goes without saying the MAX line where “Alias” debuted was nothing more than a lot of sleaze to boot.

“While that physical transformation … gets away from Blaxploitation, the intent or focus on Harlem and the concerns of African Americans … is a recurring theme that you can stretch back to the original comic,” Chambliss said.

Unfortunately, if racial issues are still a focus, the problem is that it entirely leaves out anti-white sentiment that’s become commonplace since the turn of the century, and even well before it. What are the chances the most recent takes on Cage go much farther than the originals, and just knock us over the head with a scenario where white people all come across as irredeemable? On the TV show, they say:

The show was canceled after two seasons – too soon for Coker. The showrunner had more of Cage’s story he was ready to tell, calling the show something of a “modern Western” and a show that was “inclusively Black.”

“What I mean by that is that it is Black on its own terms. And it doesn’t explain itself. But, at the same time, if you’re coming from outside the culture, you’ll learn something that you didn’t know before. So, you just have to relax and stop trying to put it inside of any other prism but its own, which is Blackness.”

The episodes had hip-hop titles. Cage frequently wears a hoodie. Colter garnered praise for his performance as Cage, as did Academy Award-winner Mahershala Ali’s turn as Season 1 villain Cottonmouth.

Somehow, this sounds awfully overbearing to say Blackness is such a mammoth deal here, but not story merit. If there’s no entertainment value, how can it be Black on its own terms? Or, why must they make a big deal out of “inclusivity” to boot? Mainly because I got a hunch there’s no serious emphasis on say, citizens of a country like Cameroon in south Africa, or the Central African Republic, where French and Sango are more common languages, and if not, how can one learn more about the culture than before, if black societies from the African continent are obscured? In fact, what about Black communities in Europe and Latin America? Don’t they count?

For too long, Marvel and DC comics were “really populated by white men who lived in the suburbs,” Martinbrough said.

And this is already going too far, if they imply whites had too much influence over the past output in history. It all depends on what Martin Luther King called color-of-character, not whether a specific race was mainly in charge of the proceedings. Did it ever occur to them that, given the chance, white writers can do all the necessary research to faithfully writing a workable portrait of Black characters? And what, no thanks given to Stan Lee, Jack Kirby, Archie Goodwin, George Tuska, and Thomas for bringing about these notable Black heroes in the first place?

Walker, the Portland-based writer, has penned multiple Luke Cage issues for Marvel. He also wrote “Power Man and Iron Fist.” For the Cage solo series he wrote, he wanted to reflect Cage’s history of collaboration with other heroes and his role as a “mature father figure.” “I had come up with this idea that Luke Cage was the one superhero in the Marvel universe that every other superhero wanted to work with,” Walker said. “He was that dependable guy. This was based on reading a lot of comics in the past and his interactions.” Walker added: “He was a member of the Defenders. He was a member of the Fantastic Four. He was a member of the Avengers. Every group had put him on the team at one point.” 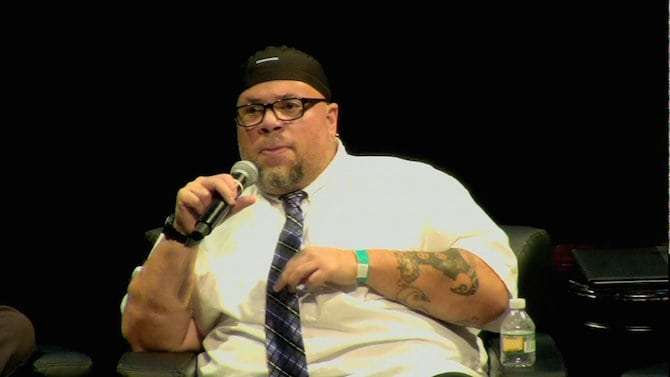 Some of those stories mentioned were probably written by Walker himself over the past decade or so. In that case, why must we be impressed? All this sounds like is a lot of ambiguous vanity and virtue-signaling, without offering any real substance.

Moving forward, Martinbrough said he sees both Marvel and DC making moves to push Black characters into the spotlight. Plus, independent creators are ready to feature characters of color. The characters just need to be placed in interesting stories. A compelling story is one that’ll appeal to an audience, Martinbrough said.

“All you need to do is just put out the stories, you know?” Martinbrough said. “Even though there aren’t that many Black characters, there are Black characters to explore, reimagine or update.”

Thanks to heroes like Cage, Black creators are ready to tell a host of compelling stories. They just need the space to do so.

“He is the character, for a whole host of reasons, of all the characters I’ve ever written, he’s the one I relate to the most, even though there’s times where he’s kind of goofy and silly as people have written him,” Walker said.

Alas, the day won’t come so long as ideologues like Walker are the choice for scriptwriters. Most Black characters being pushed into the spotlight now at the Big Two are PC creations deliberately meant to replace white characters in their costumes and such, not for sincere reasons, nor do the writers actually work on merit and plausibility. I remember when DC tried to replace Ronnie Raymond as Firestorm in 2004 with a Black character named Jason Rusch, after depicting Ronnie dying at the hands of the Shadow Thief in Identity Crisis. That was an early example of race-swapping through forced and contrived circumstances, and based on how and where, that’s why it came off as one of the most repellent examples at the time. Since then, the Rusch character’s largely disappeared, the solo title starring him was cancelled, and nobody cares, considering how badly handled it all was, at the time Dan DiDio was DC’s editor.

But how funny they allude to the topic of merit in an article interviewing one of the worst ideologues in the industry today. Apparently, when leftists are involved, it’s okay to give mention to the vitality of merit, if it serves to bolster their reprehensible politics that are kept obscured here. That’s why they’ll get all the “space” they want. But it’s decidedly better when indie creators introduce Black characters, because not all of them are doing it out of political motivations. Yet despite their mentioning independent writers, there’s little or no chance a paper so awful will ever publish a meaty focus on indie productions, and certainly not if conservative-leaning writers penned such a comic. That’s why this whole focus of theirs on comics starring Black protagonists is such a joke.