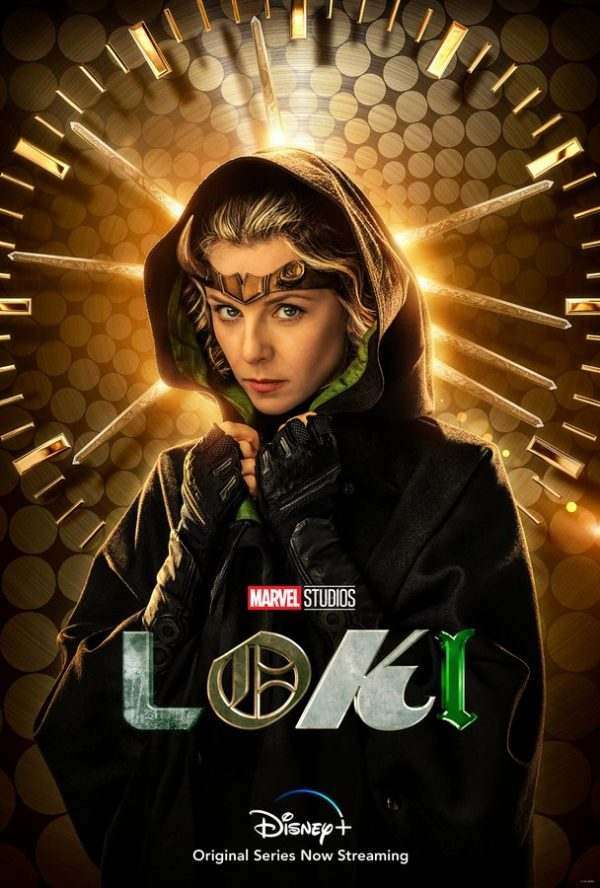 Polygon wrote a fawning article about the only recent history of Lady Loki, a concept J. Michael Straczynski may have come up with at the time he was assigned to Thor’s solo book in the late 2000s, as part of a focus on the Loki television series now airing on Disney Plus. And they shoved in the following lecture:

The Loki of Norse mythology is notorious for changing shape and reinventing himself at will, but the Marvel Comics version of Loki had been surprisingly stagnant since his early appearances. Even across the multiverse, Loki was almost always just another mustache-twirling villain prone to elaborate nonsensical schemes born of nothing but bitter jealousy for his brother. But by the early 2000s, the whole gimmick was a little stale.

This is hardly new to me seeing modern ideologues telling us what to think or believe about Stan Lee’s creations, or anybody else’s. They believe the mostly honorable adversary of Thor was stagnant since he’d begun, and stale by the turn of the century, rather than after? In other words, they never loved the old stories overseen by Lee and Roy Thomas, assuming they ever read them at all. (And their description of Loki as a ‘stache-twirler is ridiculous, if we note that in his regular form, he was usually clean shaven. What stood out was his pretty odd headgear, with curved horns at the front. How come they didn’t mention that?)

The increasingly tedious villainy of Marvel Comics’ Loki led to editorial and creative choices that developed him into more of an antihero than an outright villain, bringing about renewed interest in the character. And a big part of that transformation is Lady Loki, who started her history in comics by just straight up stealing Sif’s body. Altruistic as Loki can be when the mood strikes, Lady Loki was often just as villainous as the bitter, spiteful Loki of the early days.

After the events of the earth-shattering Ragnarok event, Marvel’s 2007 Thor ongoing book focused on the Odinson’s search for any remaining Asgardians who had survived their fall — or been reborn in new forms. Meanwhile, Loki had been reborn into a body intended for Lady Sif, and, desiring to use the body as his own, Loki trapped Sif in the form of an elderly woman in hospice care, rendering her powerless to stop him. By the fifth issue of the series, Lady Loki had made her presence known to Thor, which confused and upset him — not due to Loki’s new form necessarily, but because of their complicated history. And the whole fact that Loki had helped bring about Ragnarok in the first place. […]

During the 2008 Secret Invasion event, Lady Loki nearly caused the death of fan-favorite-alien-buddy-of-Thor Beta Ray Bill simply by insisting that he was a Skrull in disguise. Meanwhile, as a member of Norman Osborne’s secret supervillain society the Cabal, she proved her identity to Doctor Doom by happily frying many of his servants to death during a dinner, then strolling into his headquarters and opening up negotiations with him. Her schemes also included tricking Odin’s father Bor into a combat in which Thor was forced to kill his own grandfather to save the world, after which Loki encouraged Balder to banish Thor from Asgard. 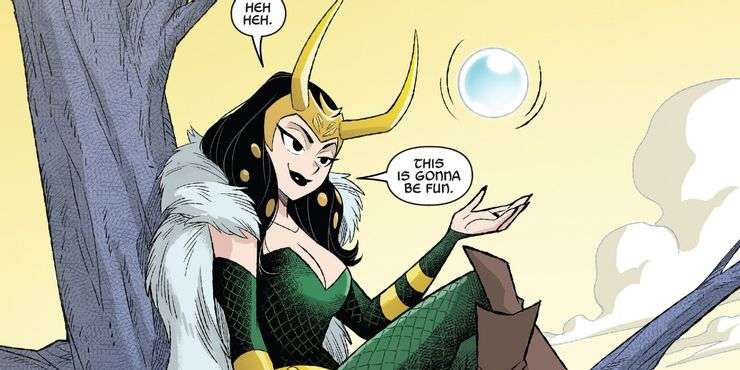 Gee, I’m not so sure how a character who risks the death of a goodie can be considered an anti-hero, and certainly not when he/she leads to the deaths of others, such as Thor killing a grandpa. That this rendition also put Sif in an awful situation is just as appalling. No less puzzling is why they don’t mention clearly that Straczynski penned that stuff back in the day, and they don’t compare or contrast the idea to previous storylines pre-2000.

Loki returned to a male form eventually, but even then Lady Loki has made numerous appearances in later Thor comics — though more as cameos than as the lead of a Loki story. In Loki: Agent of Asgard, she shows up only very briefly as the troubled, younger Loki looking for redemption faces down his older, more evil incarnation. Agent of Asgard was all about our beloved antihero’s first attempts to erase the sins of his past, only to finally accept them as part of his learning curve, reimagining himself as the God of Stories rather than the God of Lies. Confronting Lady Loki was key to unlocking some of Loki’s greatest strengths, enabling him to become more heroic than ever — by finally truly accepting himself as a changeable, even mercurial, figure.

They may not have gotten into the topic, but from a political perspective, a funny thing they may not have noticed is that Loki’s return from female to male could echo some of the transgender practitioners who wisely reevaluated their harmful ideology and abandoned the lifestyle. You could almost wonder if they’d be willing to say that Stracynski shouldn’t have changed Loki back to his original form. In any case, the directions Marvel’s taken with Loki in over a decade are distasteful, pointless sensationalism, and Polygon doesn’t explain how these newer storylines are supposedly any good, or better than the pre-2000 storytelling. No wonder they’re such a largely worthless news source.