by Jamison Ashley
|
By now it’s conventional wisdom to anyone who pays attention to the comic book industry that Marvel Comics is struggling and slipping in sales. Even vice-president of sales at Marvel, David Gabriel, admitted as much earlier this year when he was asked about the reasons behind Marvel’s sales slump. Gabriel was eventually forced to walk-back his comments – which he only did slightly – due to major backlash from media outlets and “diversity activists.”

Last month, other than Star Wars, Marvel’s highest selling ongoing flagship title in the Top Twenty sales list was the ever-reliable Amazing Spider-Man at number 17 (followed closely by Astonishing X-Men at number 18), but even ASM has slipped significantly from it’s once 6-figure sales numbers only a couple of years ago, to consistently selling under 60,000 issues per month. Is it due to Marvel-fatigue or could it be the on-the-nose politics of its creative teams, editorial, and writers alike?

Ithosapien at the Nothing But Comics website recently wrote a blog post examining the thesis that the leftist-politics that Marvel claims to represent are perfectly fine, it’s just that the way they execute them or what is going on behind the scenes that he doesn’t agree with that’s actually hurting Marvel:

It’s almost common knowledge by now that Marvel Entertainment (the branch that oversees the comics, not Marvel Studios which produces the films) is in dire straits in the direct market. There is no single reason why, rather its a collective list of issues such as price and over-saturation of product. The scapegoat of diversity has been heavily criticized as well as unproven, Marvel Comics across the board are struggling with Amazing Spider-Man #789 the only Marvel comic making it into the top ten of a limited survey sample of comic shops across the nation in October.

This is shocking as many thought Marvel Legacy would act in the same way as DC Rebirth did for their main competitor and revitalize their lineup. Instead, so far there seems to be no positive change. With no concrete evidence, I propose its because what Marvel has yet to change its the way its presented itself for the last three years. Co-opting Hip Hop imagery for their covers while failing to represent African Americans inside the company to make comics due accusations of cultural appropriation, CEO Ike Perlmutter supporting Donald Trump’s presidential candidacy and eventually working in his administration that has pushed for things antithetical to the themes Marvel Comics represents, planning and then canceling a tie-in comic with defense contractor Northrop Grumman are some noteworthy examples. 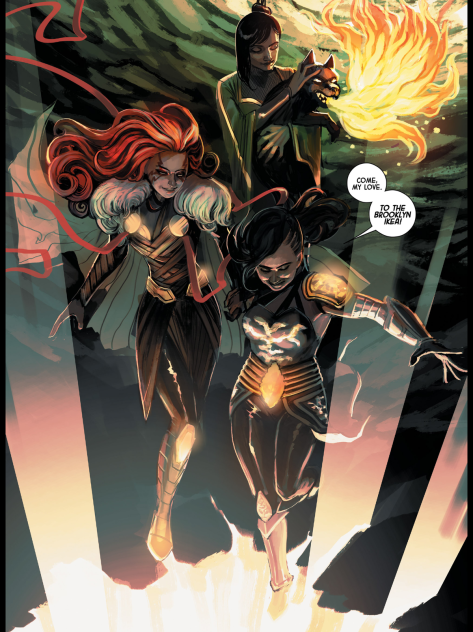 Concurrent to most of that, Marvel’s various series have fallen under what many are calling a “SJW mentality”. SJWs (Social Justice Warriors) as defined by Urban Dictionary:

“A pejorative term for an individual who repeatedly and vehemently engages in arguments on social justice on the Internet, often in a shallow or not well-thought-out way, for the purpose of raising their own personal reputation. A social justice warrior, or SJW, does not necessarily strongly believe all that they say, or even care about the groups they are fighting on behalf of.”

Marvel recently created a comic depicting a new Wasp to encourage young girls to join the STEM field, a solo series starring an openly gay Ice Man, two spinoff series for Black Panther (which were both quickly cancelled), and a new replacement for Tony Stark/Iron Man in the form of Riri Williams. In short, there’s what Marvel preaches and what it does in reality. It’s this contradiction that I think is preventing Marvel from its uphill climb back to prominence in the industry…

Some think he couldn’t be more wrong. Continue to read the WHOLE THING here