Physicist Ponders Universe’s Most Mysterious Questions in a Comic 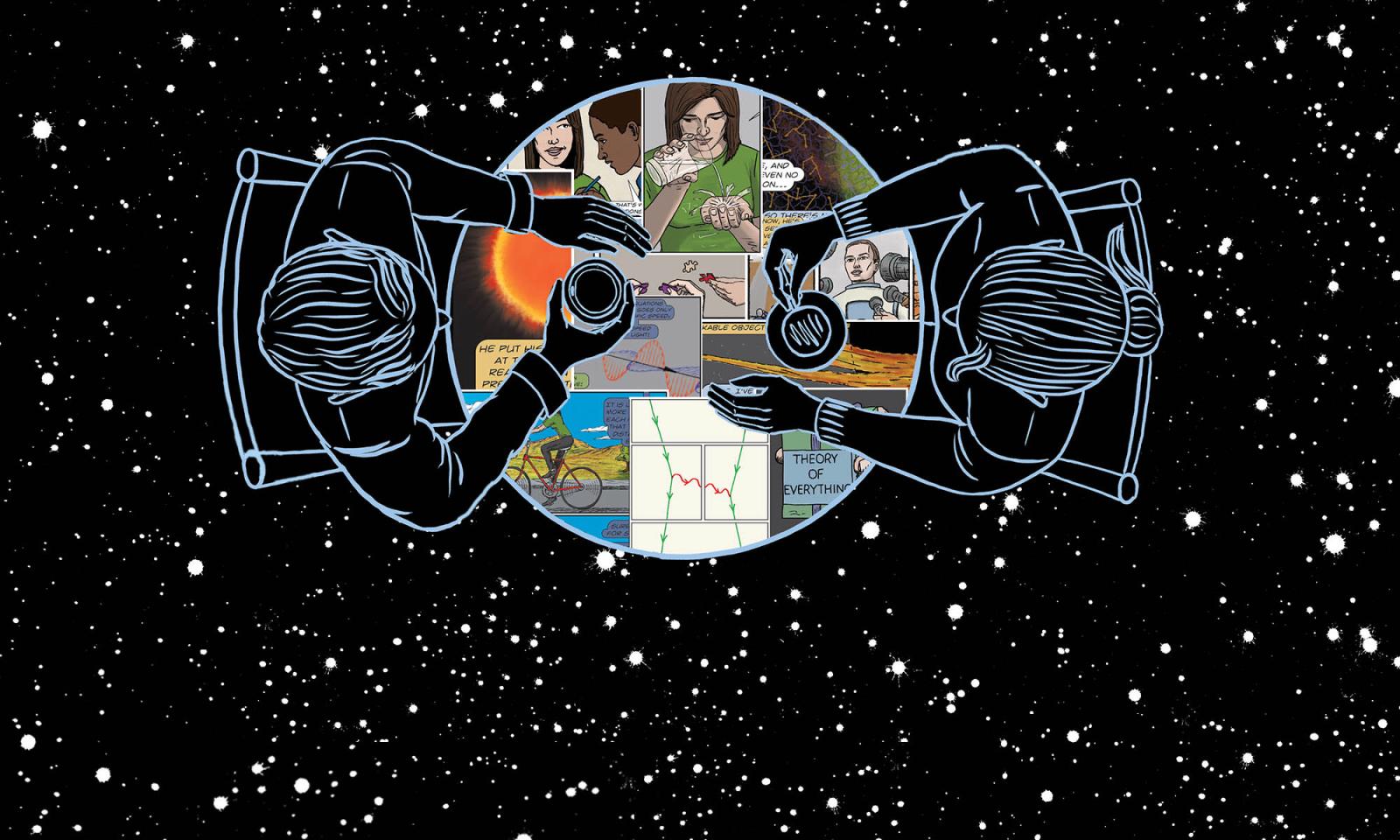 Just as often as we gossip or talk politics, Johnson says, we should consider what our world is made of, how it came to be, how we understand it, and why we believe the things we do. To initiate those conversations—on trains, at cafes, in museums, at parties, and in random meetings on the street—the University of Southern California professor wrote and drew a graphic novel, called The Dialogues: Conversations about the Nature of the Universe.

Released in the US in 2017, and the UK this year, the book tackles both simple and difficult notions in nine conversations, accompanied by drawings. Johnson calls the comic book a collection of “sequential art” that is itself a work of physics, writing:

Space and time and the relation between things are at the heart of how comics work: Images (sometimes contained in panels but not necessarily) arranged in sequence encourage the reader to infer a narrative that involves the sense of time passing, of movement, and so forth. In this sense, fundamentally comics are physics!

Johnson explicitly rejects the notion that some science is for uniquely talented abstract thinkers, arguing that the questions that theoretical physicists explore are not too complicated for the rest of us, and are relevant to all. And he proves it in his book: His characters are adults and kids who ponder how rice grains appear to multiply when cooked and how to calculate the number of jelly beans in a jar, and discuss the notion of a unified “theory of everything” and the meaning of life and death.

To make our way through a confusing universe, with lots of information but not nearly all the data we need to understand it, a character in the graphic novel offers a simple metaphor. ”It’s like solving a jigsaw puzzle,” a physicist explains to a science enthusiast she meets at a cafe. “But one of those, you know, 10,000-piece ones, of a vast landscape with large areas of subtly changing features. And just to be clear. This puzzle comes with no picture of what is printed on the box.” Plus, no one knows just how many pieces this puzzle contains.

The Dialogues proposes that there’s beauty in this freedom. The same strategies we might use to solve a puzzle apply to theoretical physics: There are edge pieces and corners, clues that connect the pieces. Scientists are just people who are turning over various pieces, trying to figure out which might work with another.

“Sometimes you’re lucky and a few pieces that have been turned over can be seen to fit together,” the character says. “Or one piece simply leads you to find another piece.”