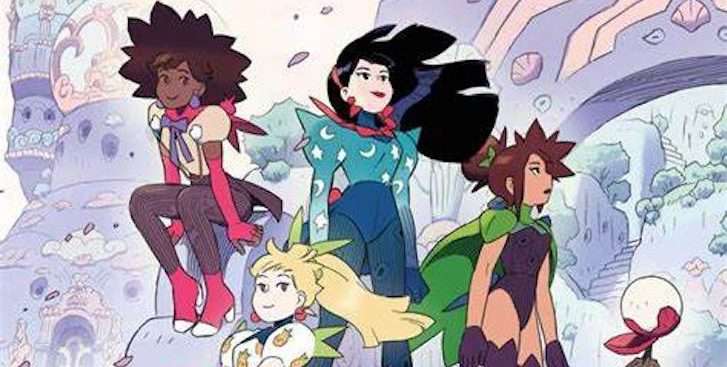 The Leo Weekly from Louisville, Kentucky, published two recent reviews of independent comics, Flavor Girls and Absolution. And now that I think of it, the former example has some eyebrow raising details as much as the latter:

“Flavor Girls” is a fun, colorful journey about a wary chosen hero thrust into a world she could never imagine. Filled with dreamy landscapes, fun costumes, strange magic and a colorful cast of characters, it is a love letter to the magical girl genre. If you’re a fan of “Sailor Moon,” “She-Ra and the Princesses of Power,” or “Little Witch Academia,” then I recommend grabbing “Flavor Girls” #1 off the stands!

If they’re going to reference a poorly animated cartoon that was laced with political motivations, that’s no way to promote the book in focus, and enough to make one wonder if this graphic novel will also contain similar mistakes. 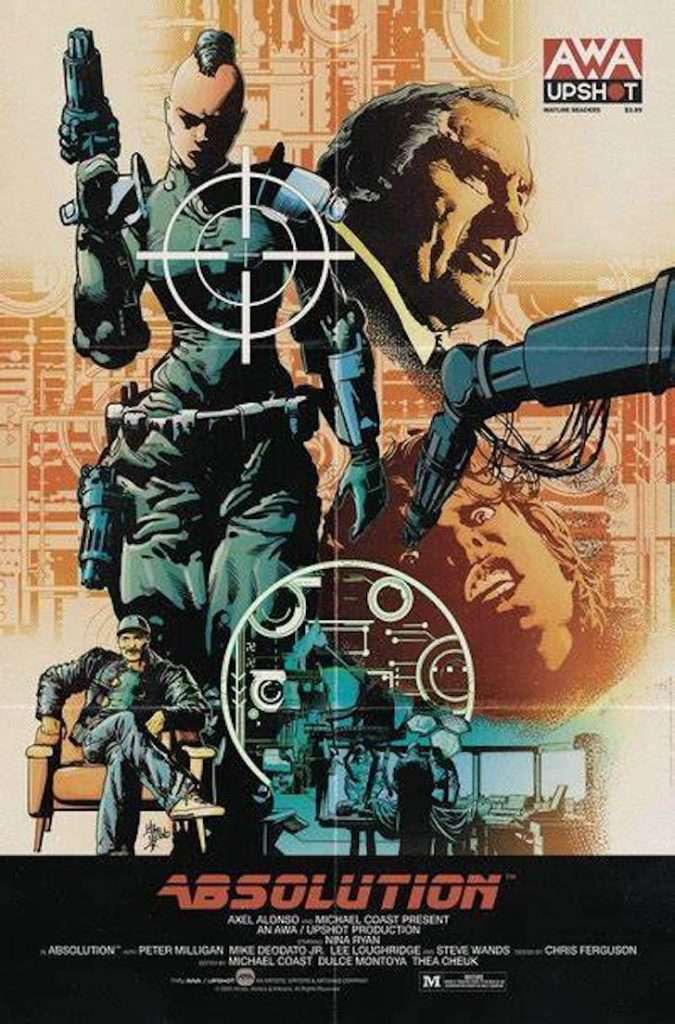 Now, let’s turn to the second review, of Absolution, written by Peter Milligan and illustrated by Mike Deodato:

In a not-so-distant future, Nina Ryan, an assassin, has been sentenced to death for her crimes. But she’s been given a choice: she can still do what she does and have it live-streamed to an audience of online judges, including celebrity commentators, and of course “the people,” including all that comes with that — trolls, bots, jerks, fans, etc. If she can get enough support, she receives absolution in the form of points and walks free. But, as we all know, the internet isn’t always a friendly place, and for every fan who loves her exploits and style, there are others who want more blood, more boobs, more personality, more violence, less violence, the list goes on and on.

This sounds like yet another ambiguous attack on pop culture fandom, online or off, without making any distinctions between what’s better or worse. And I firmly believe graphic, gory bloodletting is far worse than sex. That said, it’s a shame Milligan seems to be somebody who seems more interested in dragging fandoms into the whole mess, rather than make a clear argument whether violence is a healthy influence or not. This kind of storytelling is not doing the medium any good, and takes away entertainment value from the product in focus. Assuming that’s what Milligan and Deodato set out to do at all.

And if not, what good is it to create these kind of independent comics?