The Federalist discussed family groups who’re troubled by Disney’s plans to put Marvel’s TV programs with explicit content on the Plus server, where children could end up seeing them:

Disney has announced that six Marvel TV series including “Daredevil” and “The Defenders” — all rated TV-MA for extreme violence and explicit content — will land on streaming service Disney Plus on March 16. Many fans are excited by the Marvel Cinematic Universe (MCU) is uniting on one platform, while some leading family entertainment advocates question the move.

[…] Yet Melissa Henson, program director at the Parents Television and Media Council (PTC) based in Hollywood, called it “off-brand” for these edgy series to make the leap from Netflix to Disney Plus. “It’s certainly counter to how most parents perceive Disney Plus,” she said in an interview. “Out of the gate, Disney Plus branded itself as: ‘Everything on here, you can be comfortable sitting down and watching these shows and films with your kids.’”

Signaling their change in brand identity, Disney’s press release about “The Defenders” notes subscribers will have to opt in to these new titles. Still, for families with young kids at home, the move presents new challenges to navigate.

Considering Disney’s become increasingly hypocritical with what’s considered “family friendly” and what’s not, this is honestly not a surprise they’re running the gauntlet of making adult, violent content potentially accessible to children, along with LGBT themes. But honestly, considering how most modern TV is so pretentious, what’s the use of subscribing to Disney Plus any more than Netflix now?

Interestingly enough, regarding the subject of LGBT propaganda, Variety’s reported Disney’s actually prevented such content from being greenlighted in more recent projects at Pixar, which has been under their full ownership for over 15 years or so, even as they recently caved to LGBT activists regarding a Florida bill to protect school students from such indoctrination:

In a statement attributed to “the LGBTQIA+ employees of Pixar, and their allies” obtained by Variety, employees of the animation studio allege that Disney corporate executives have demanded cuts from “nearly every moment of overtly gay affection… regardless of when there is protest from both the creative teams and executive leadership at Pixar.”

The stunning claim is part of a wider reaction to the company-wide memo sent to Disney employees by CEO Bob Chapek on Monday regarding its response to the recently passed legislation in Florida known as the “Don’t Say Gay” bill. In the memo, Chapek states that the “biggest impact” the company can make “in creating a more inclusive world is through the inspiring content we produce.”

According to the Pixar letter, that claim is at odds with employees’ experience of trying to create content with same-sex affection approved by Disney executives. 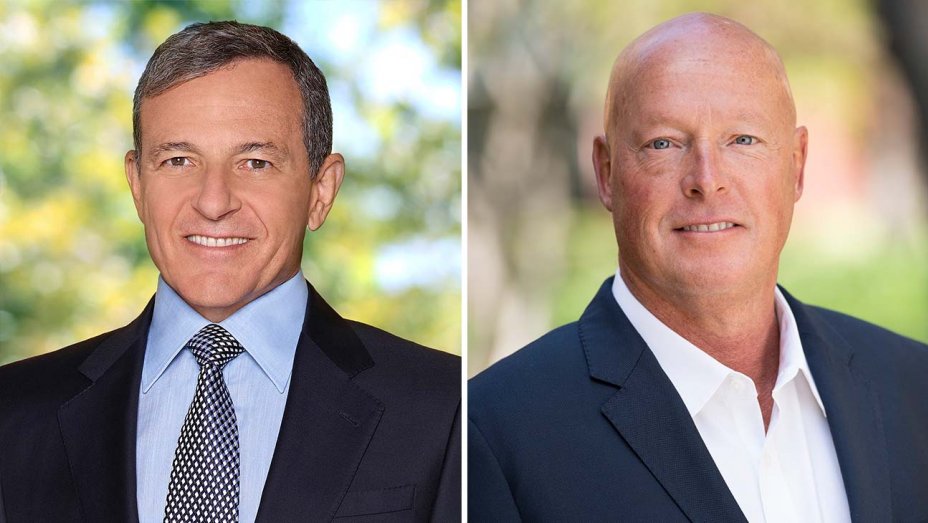 “We at Pixar have personally witnessed beautiful stories, full of diverse characters, come back from Disney corporate reviews shaved down to crumbs of what they once were,” the letter states. “Even if creating LGBTQIA+ content was the answer to fixing the discriminatory legislation in the world, we are being barred from creating it.”

To date, Pixar has only included a tiny handful of LGBTQ characters in its feature films, most prominently in the 2020 fantasy film “Onward,” which features a cyclops police officer named Specter, voiced by Lena Waithe. The character’s sexuality is only acknowledged in passing, when Specter says, “It’s not easy being a new parent – my girlfriend’s daughter got me pulling my hair out, okay?” But the movie was still banned in Kuwait, Oman, Qatar and Saudi Arabia due to the scene, and in the version released in Russia, the word “girlfriend” was changed to “partner.”

The same year, Pixar released a short film, “Out,” on Disney Plus, about a gay man who struggles with coming out to his parents. (The latest Pixar animated feature, “Turning Red,” debuts on Disney Plus on March 11.)

The claim of censorship by Pixar employees is particularly damning for former CEO Robert Iger, who oversaw Disney’s purchase of Pixar in 2006 and just exited the company in December 2021.

The employee letter also demands Disney withdraw financial support of all legislatures who supported the “Don’t Say Gay” bill and “take a decisive public stand” against the legislation and bills like it elsewhere in the country.

It also references Chapek’s comments earlier on Wednesday during the company’s shareholders meeting, when the CEO spoke publicly for the first time about Disney’s opposition to the “Don’t Say Gay” bill, after weathering widespread criticism for his handling of the issue. He announced that the company would pledge $5 million to the Human Rights Campaign and other LGBTQ rights organizations, and said he will meet with Florida Gov. Ron DeSantis to discuss Disney’s “concerns” about the legislation, after first connecting earlier on the phone.

Notice of course how Variety’s tilted fully in favor of the Pixar propagandists, who clearly couldn’t give a damn about creating Ukrainian characters by contrast, when they describe this revelation as “stunning”, and basically criticize Iger for not greenlighting the questionable materials. And they take this favoritism stance despite how the material led to the movies being barred for screening in Islamic countries. No consideration how all this propaganda is no more healthy than say, the punk subculture most common in the 1980s. Or how it’s a poor example Chapek’s setting by involving himself in politics at all. That aside, it’s definitely telling when these Pixar activist employees want to inject all their propaganda into children’s cartoons, but won’t make any geared for adult audiences, nor will they develop a subsidiary brand similar to Touchstone Pictures, under which they could market adult fare previous Disney executives didn’t want to market under the flagship brand logo. In fact, it proves they don’t consider animation an art so much as they do a propaganda tool.

And look at that, Disney Plus already broadcast one of these propaganda products on their site, so the notion they’d broadcast Marvel’s mature-themed live-action TV shows is merely an extension of where they’re headed now. Do the family groups cited by The Federalist know Disney Plus has already foisted bad examples on the children’s audience? Of course, as far as the Marvel TV shows are concerned, they look pretty overrated as it is, and since most of their comics output’s been bad for years, what’s the use of watching something that shouldn’t have to substitute for the zygote? It’s just no use. Most audiences, family or otherwise, would do better by canceling their subscriptions to Disney’s channels instead and save money for independent comics that could be for both children and adults.