Star Wars: The Rise of Skywalker is coming to theaters beginning this Thursday, Dec. 19, but Lucasfilm and Disney premiered the film on Monday night to a hand picked, Disney-friendly crowd. One of our favorite blogs, Ace of Spades headquarters, noticed some of the surprisingly mixed reviews and had this to share 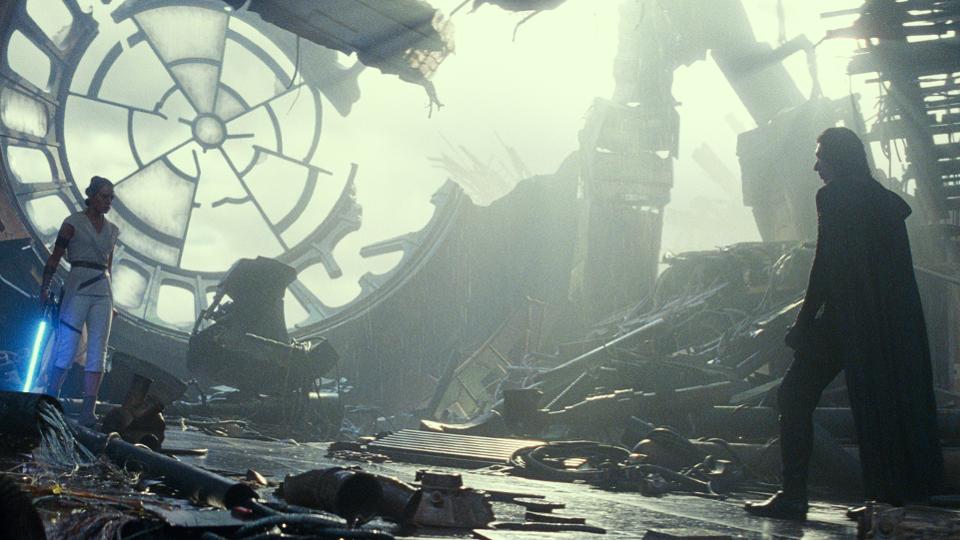 Although the premiere of The Rise of Skywalker got some positive reviews as well, the hand-picked audience of carefully-screened pro-Disney critics gave the movie a lot of mixed to outright negative reviews.

And these people are generally the sort of “You Go Girl” fake movie critics who routinely push crap like Dark Fate and Batwoman up to 90% critics ratings.

But they’re very mixed on this piece of crap. 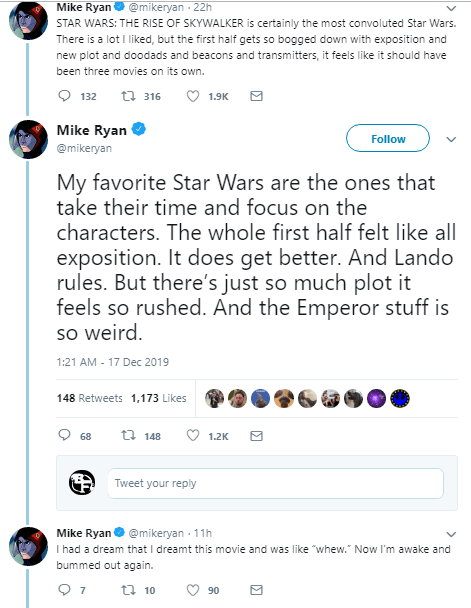 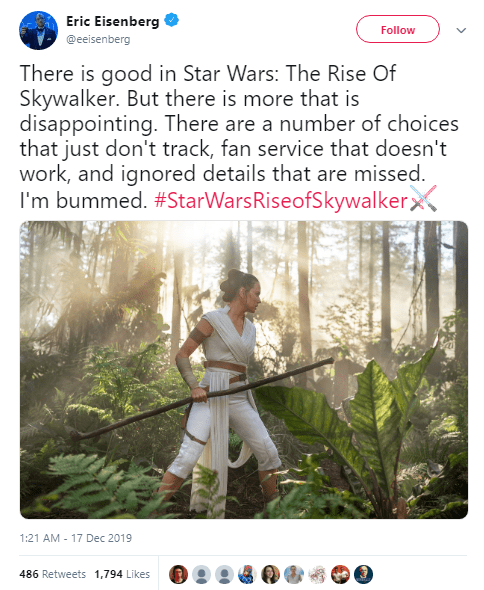 Scott Mendelson of Forbes is a reliable Disney Corporate Shill who has been very fond of the theory that the audience is to blame for not liking Disney Star Wars movies. I guess he’ll have to blame himself now: 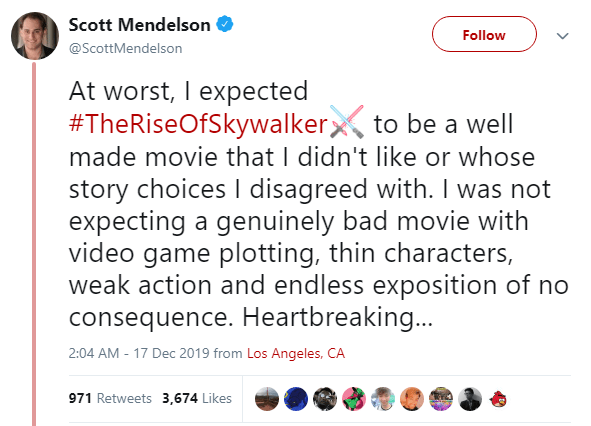 John Campea is a figure of fun for being a kneejerk Disney apologist. But… 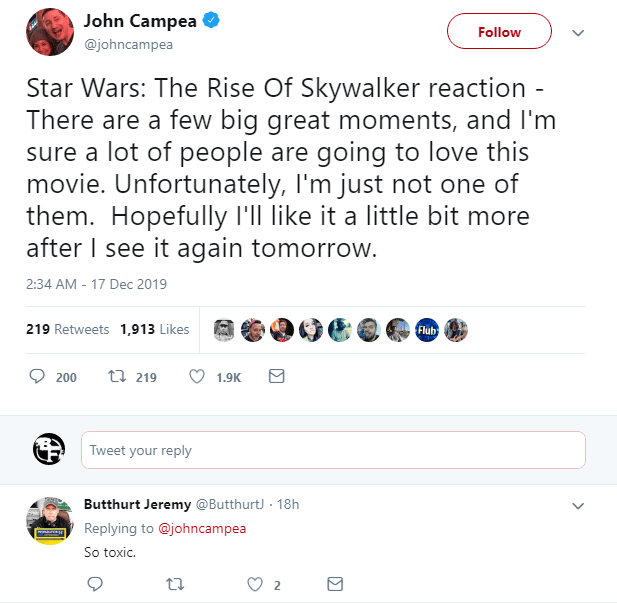 Disney has a way to make this film a surefire success, though: They’re marketing the film as recommended for “promoting gender equality.”

Lucasfilm is advertising Rise of Skywalker to SJW’s as “A Film That Promotes Gender Equality.” pic.twitter.com/B2qGiMQIhz

And that keeps working for all of these #Woke remakes!

Read the entire post at the Ace Of Spades headquarters