Ouch! DC’s Spotify Podcast Starting Off on the Wrong Foot 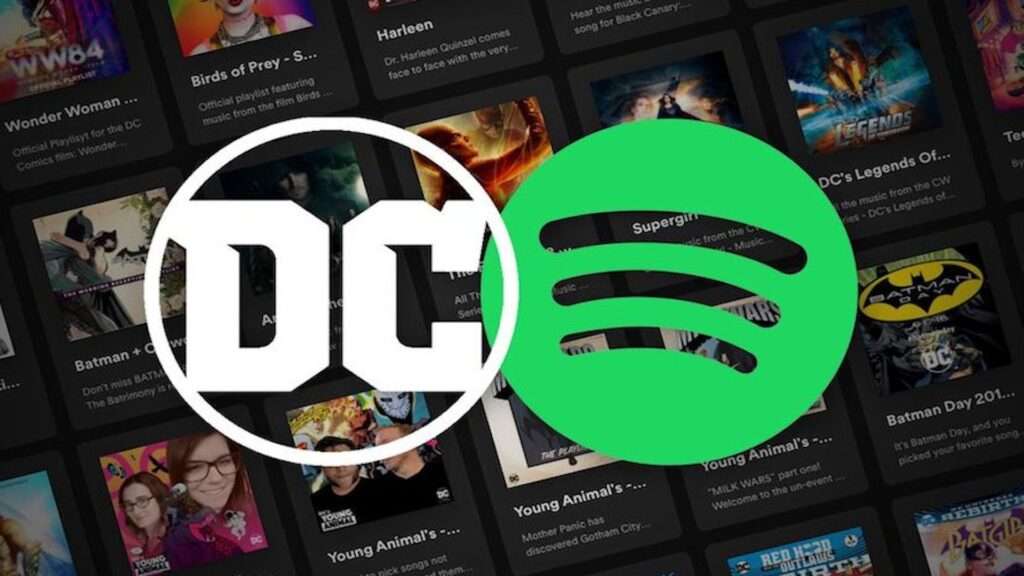 The Verge says DC’s come up with a podcast on Spotify for audio stories and discussions:

DC is launching another universe to tell its superhero stories — but this time, it’s not on HBO Max or Cartoon Network: it’s on Spotify.

The publisher is working on nine shows for Spotify, including shows about Catwoman, Wonder Woman, the Riddler, Batgirl, Superman and Lois Lane, and more — although DC creative director Jim Lee didn’t give too much more information about what those shows entail right now.

Actually, maybe he did, if the following says something:

If I were foolish enough to tune in, that’s all they’d need to say in order to make me bail out. When all they can explore is the the symbols and signifiers of darkness, you know they’ve hit rock bottom with artistic bankruptcy. If they’d stressed the first program would spotlight Superman’s optimism, not to mention why a sense of humor can be a positive thing, this would’ve at least been more encouraging. Instead, they’ve only affirmed their commitment to the bleaker side of life, and that’s exactly why their relevance is diminished.

Since we’re yet again on the subject of Batman, I also decided to add the following panel I found some time ago that may come from the 2003 Hush storyline, which was illustrated by Lee, and written by Jeph Loeb, since there’s something about the dialect that’s annoying: 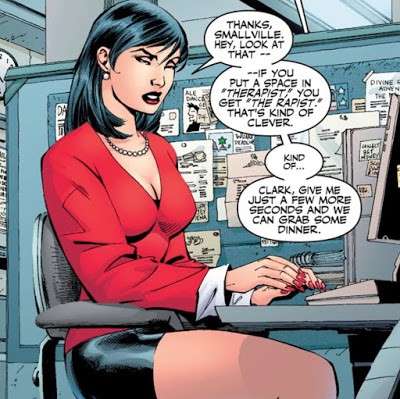 We see Lois Lane, in a guest appearance, telling Clark Kent how, when you make a space in the word “therapist”, it results in what looks more like “the rapist”. If that was supposed to be a joke, I don’t see what’s funny about it. Mind you, I don’t like the idea of political correctness, and it’s not like Loeb was ever the worst writer in comicdom when he was more active in scripting four-color publications. But this sure looks like an awfully tasteless joke, and an example of what was going wrong with senses of humor during the 2000s, if there was any at all during that decade.

Art-wise, one saving grace here is that at the time, Lois was allowed to be drawn far more attractive, and with her legs showing, something possibly less likely under the current SJW regime. But since that time, even Lee himself has swerved towards “wokeness”, and his renditions of ladies today is far more mediocre than before. No less appalling, now that I think of it, is Lee’s choice to illustrate scenes with Lois is a book other than the one she’s famous for co-starring in (and he had no issue with crude jokes like the one in Hush when he drew the Loeb tale in 2003? Well let’s not forget he’s been chummy with Brad Meltzer), even though he did have some art credits in Superman in the past 2 decades. I guess what’s irritating about Lee is how, over the years, he’s made his favoritism for Batman more clear, and Hush was just the icing on the cake.