Potential Problems With DC Comics 5G: What They Should Do Instead 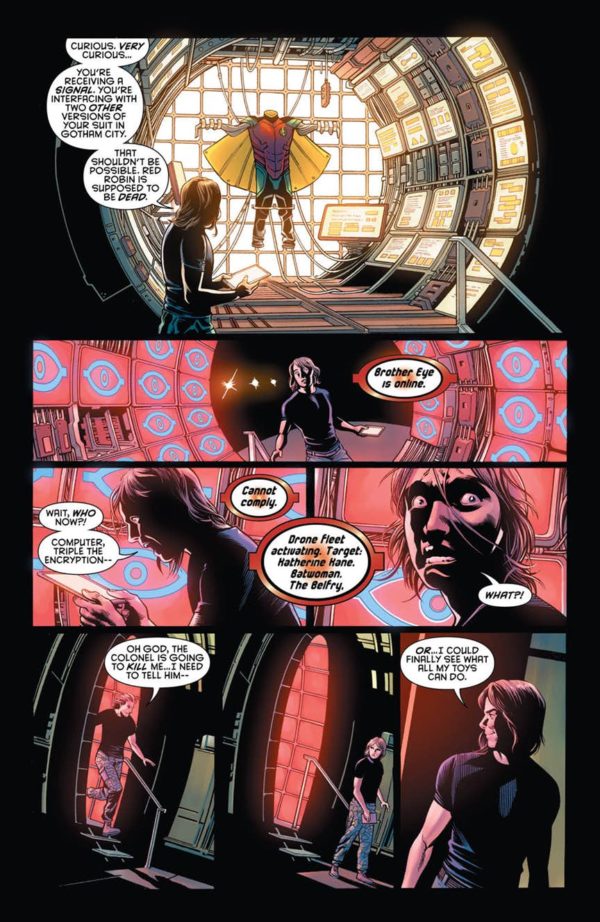 As you have probably heard, DC Comics has chosen to do the 5G approach to its comics, wanting to bring in an Ultimate Timeline, much like Marvel Comics did. 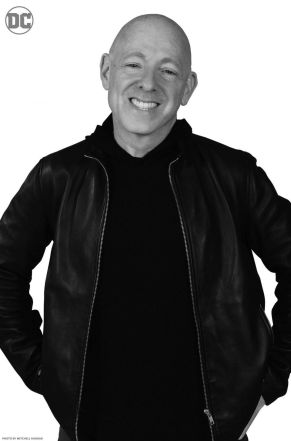 With Dan Didio & Jim Lee at the helm, it will no doubt send DC Comics into the Phantom Zone with Brian Michael Bendis leading the way. So lets have a look at the present 5G Timeline. 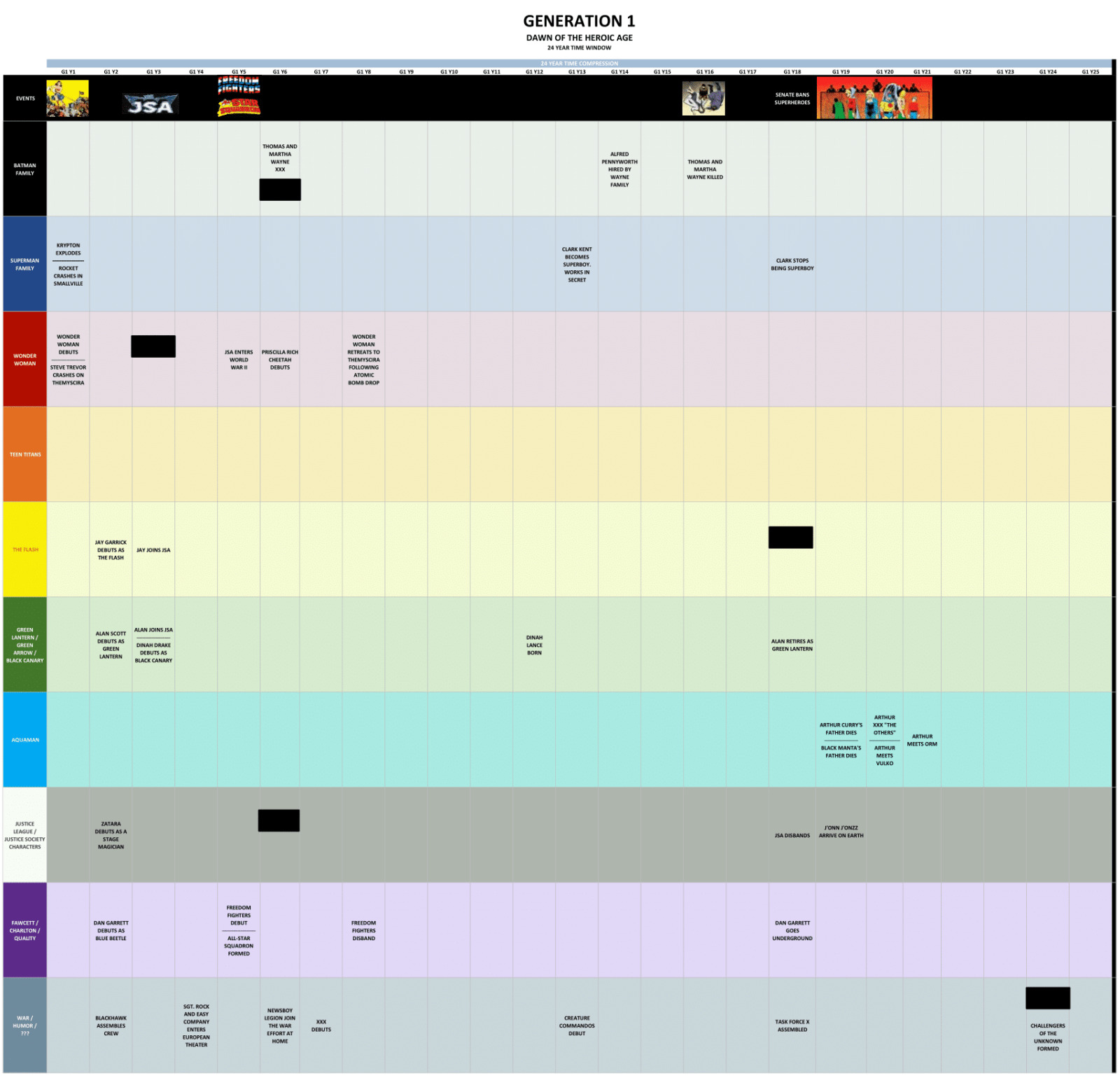 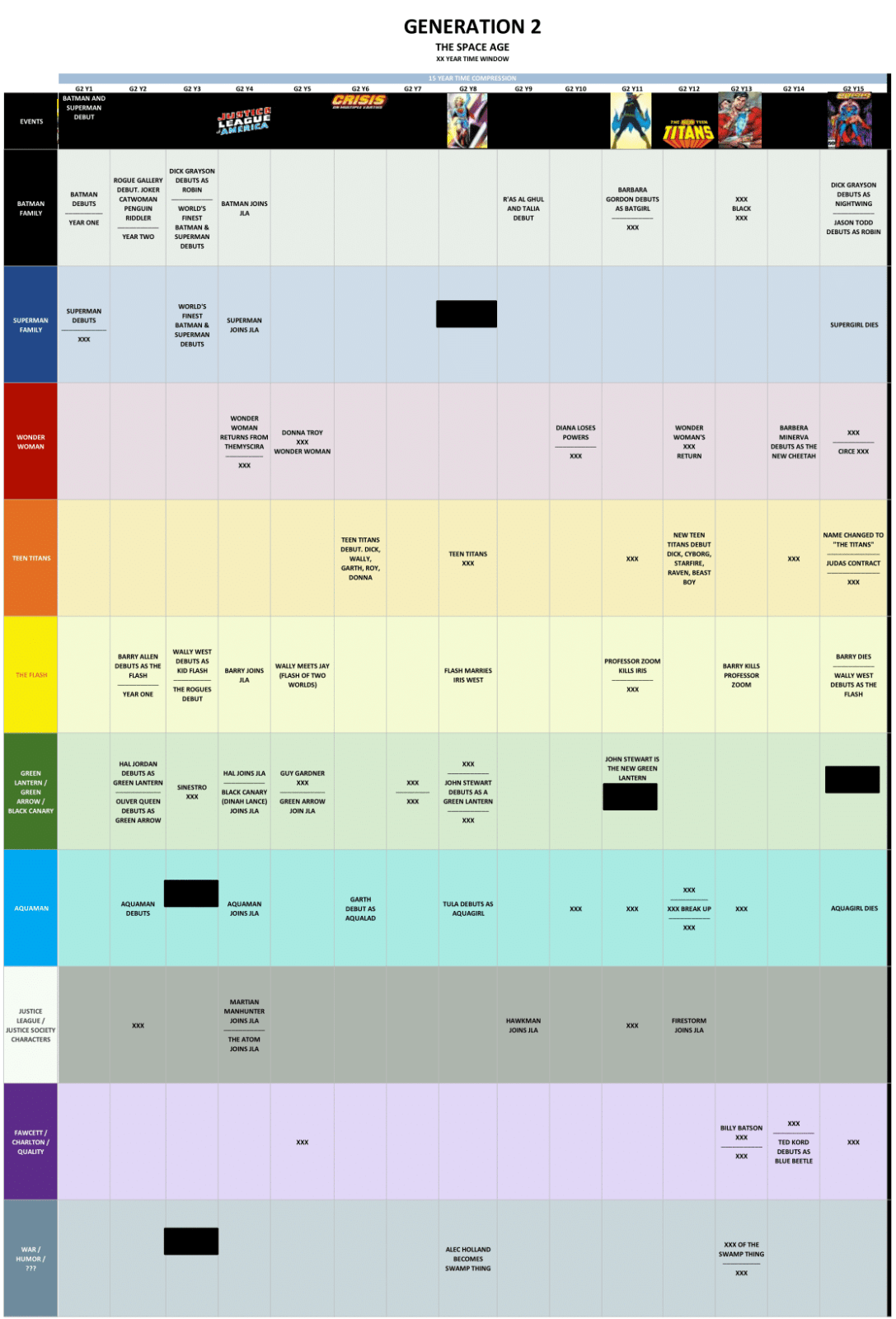 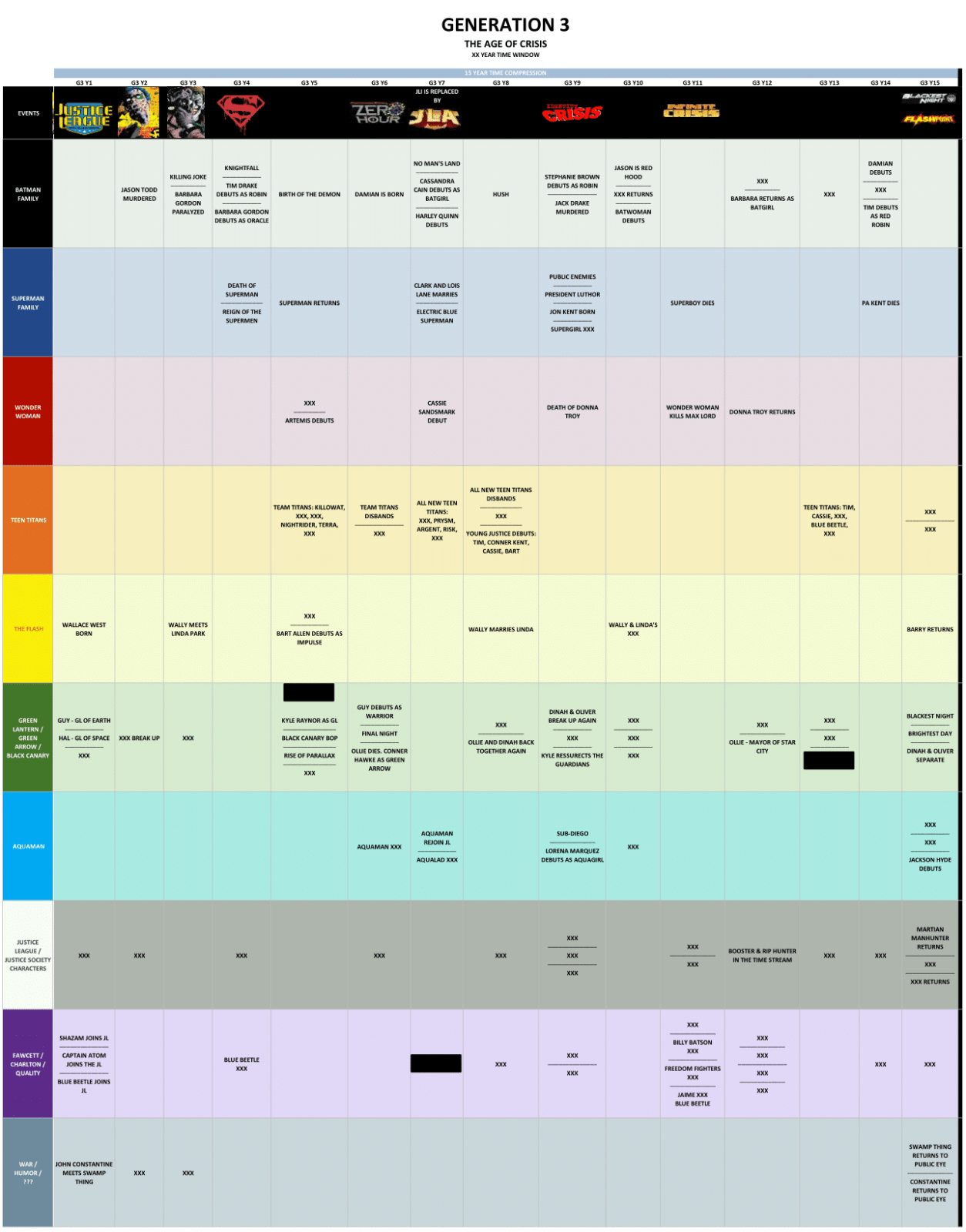 Of the things that is said about the timeline, it is said to fix up all current problems at DC Comics in regards to Continuity. The problem is, that it won’t solve anything.

How could things be fixed in DC Comics?

I’m sure you have heard the term, Keep It Simple Stupid, cause this timeline is far from Simple, in fact it makes it more complicated to what is necessary.

DC Comics relies on these forms of Entertainment:

Each of these have something to offer & can also cross over from either Canon or Non Canon DC Stories.

These Story Lines consist of the early Golden Age of DC Comics to present DC Universe Comics, also including New52 whether the people enjoyed it or not, it still affected the DC Universe, DC Rebirth still happens, plus many others that fall into this category.

This also opens up for creators within DC Comics to write a story in connection to any one of those Runs, allows the reader & consumer to enjoy whatever said Heroes they enjoy, whether it is the Super Sons to even Infinity Crisis Story lines.

Still provide stories for the Super Sons fans without destroying their character, even under Bendis, allow Tomasi to continue that great run, it will bring money into DC Comics to which they need to survive.

The most interesting thing about DC Comics’ Elseworld stories is that it can be a great way to test new talent who come to DC Comics, this would’ve been the best place to start of Brian Michael Bendis & others who came over from Marvel to show how much attention they pay towards the characteristics & personalities of Heroes in the DC Comics Universe, instead of throwing them straight into DC Comics Canon, it will be the customers who will pay attention as to how accurate the portrayal of said characters are, whether they love or hate it.

Now the thing about the DC Comics Movie/Television Story Lines is that they can take from both the canon and non-canon stories, it can lack as to showing what comics they have come out of to lead customers of interest to read & pay for out of their own pocket.

The crossover of the DC Comics movie/ television story lines is that by being able to grab from canon & non-canon stories is that it can be the avenue to reach those who enjoy both story lines.

One key problem is that they can’t reach the indie audience, whether it be in comics, movies, or even anime/manga.

The thing about the indie audience, is that they normally go for entertainment that would be considered politically incorrect, and because of both DC and Marvel going further down the road of Political Correctness, the indie audience is drawn away because of the lack of awareness by the mainstream comics industry, they also lose touch with the customers and consumers, afraid to even give some fan service in comics.

Manga/Anime has survived because it does allow for fan service in its genres it provides, so it still poses a threat to the mainstream comics industry.

The indie comics also provides similar elements in some of its stories, and also explores many other subjects both politically correct and politically incorrect.

Not Every Indie Comic Creator Is Best Suited For DC Comics

Another problem to which both DC & Marvel have is that they seem to be picking indie creators that aren’t best suited to their brand, sure it might raise some initial sales, but if it doesn’t appeal to the readers, they will stick there nose up at it pretty much straight away, showing no interest in the creator or their product, making sales drop in the comic stories drastically.

Brian Michael Bendis’ Wonder Comics run is the perfect example for this. The only people are likely buying it are Bendis Loyalists, to which their number isn’t buying a million issues of any one particular comic a month, which shows that he is better staying to his personal indie comics projects.

But a creator like Scott Snyder has sold comics in mass quantities, practically outselling Bendis without even trying. Snyder takes the time to get the characters personality as accurate as possible, same with Peter J Tomasi.

Too much ‘deconstruction’ has become a poison to the mainstream comics industry as it just digs itself a hole that it can’t get out of. The expectations that the comic creators become so unrealistic that when the product is put out, the audience is already bored with it because they have seen this 100 times before.

The Lie That The Fans/Consumers Can’t Make Up Their Minds.

Te fans and consumers can make up their own minds, the problem is how out of touch the mainstream comics industry has been that it can neglect its hardcore comic fans and will resort to trying to appeal to fans who are outside of that genre, yet in reality probably wouldn’t care if you did a comic run based on a living toothpick. They ain’t gonna buy it.

If a poll or survey was done to help address this issue, I think it would help solve further problems concerning which consumers follow which form of entertainment and which they prefer, while still being able meet each customer’s needs. This survey could be done at comic stores to even cinemas to help make it clearer to the comics industry, who their market truly is and show they are reaching out to the customers of both products.

What do you think? Sound off in the comments below!