12 – Hoth may appear to be a desolate, terrible and worthless place. Unless you take a closer look at the beauty underneath. @hankgreen #StarWars #FromaCertainPOVStrikesBack pic.twitter.com/NdwmdeX6Fd

Our nauseating journey through Lucasfilm’s seemingly mandated hatred for white people continues with Hank Green, who also wrote a short story for the Star Wars anthology, From A Certain Point Of View. 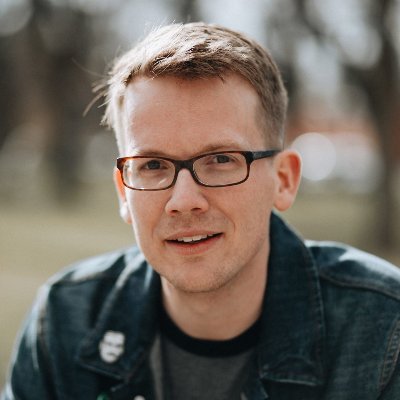 Another strange aspect of SJW psychopathology is how they will insist that the notion of white people being under attack is a myth, in between actively attacking white people. And of course, Hank Green himself is bleach white.

Hank sees Nazis everywhere despite the fact that the Nazis were defeated in Germany 75 years ago. Hank doesn’t have the historical insight to understand that SJWs should be looking inward when seeking political traits of Nazi ideology. Because the Nazis also justified their own fashionable bigotry of the day with all manner of rationalizations, and even with “science.” 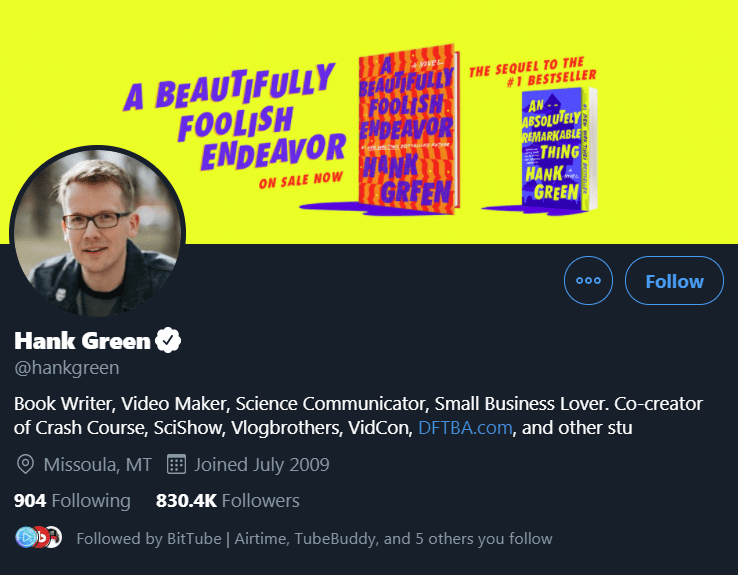 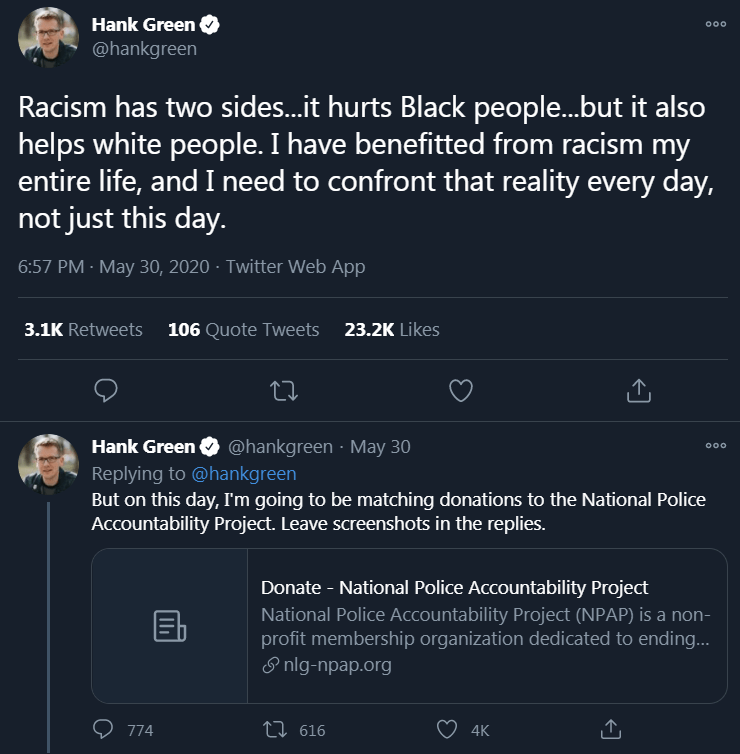 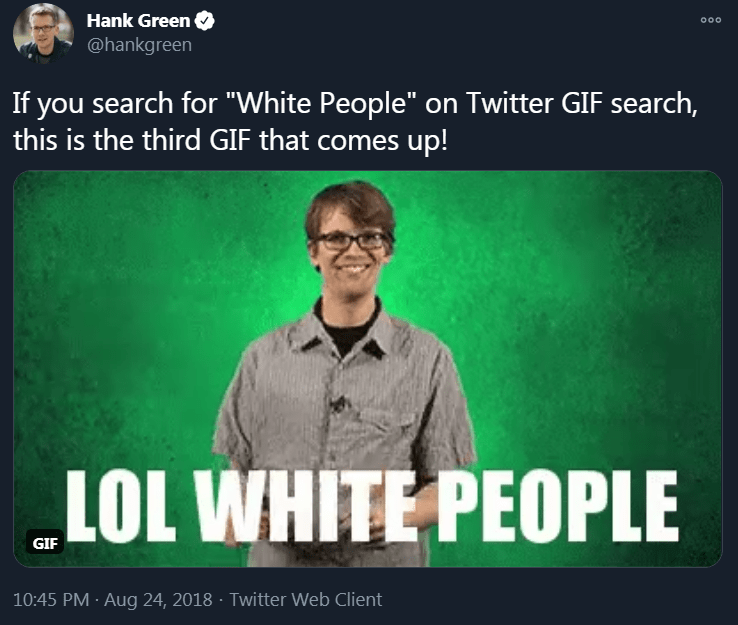 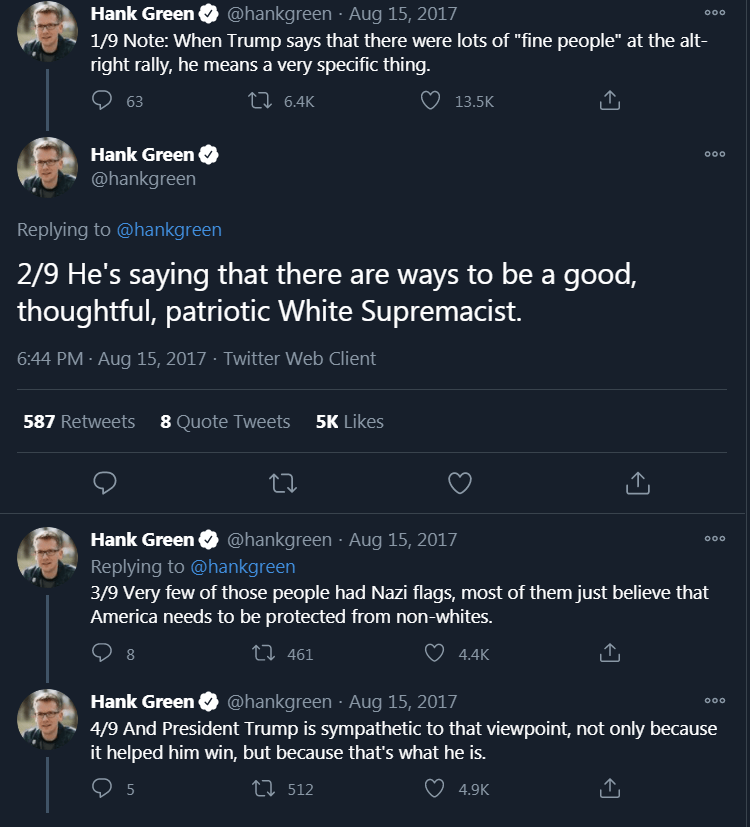 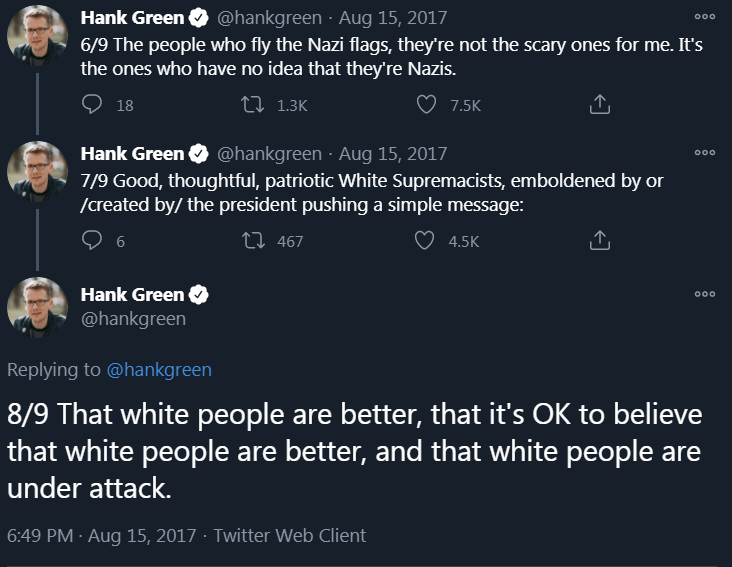 Here’s the full comment from Trump that Hank refers to in which the President goes on to specifically condemn white nationalists and neo Nazis, excluding them from the phrase “fine people.”

President Donald Trump On Charlottesville: You Had Very Fine People, On Both Sides | CNBC 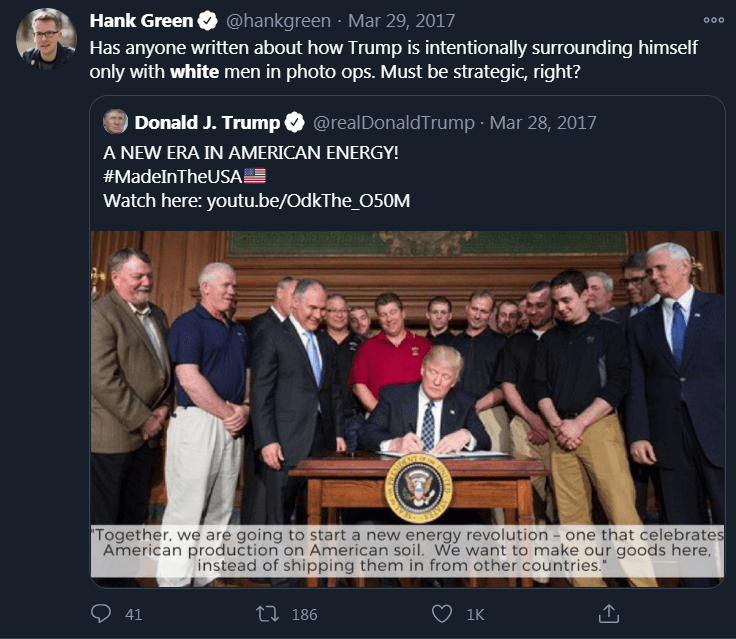 Like most social justice warriors, Hank only pays attention when it fits his narrative. 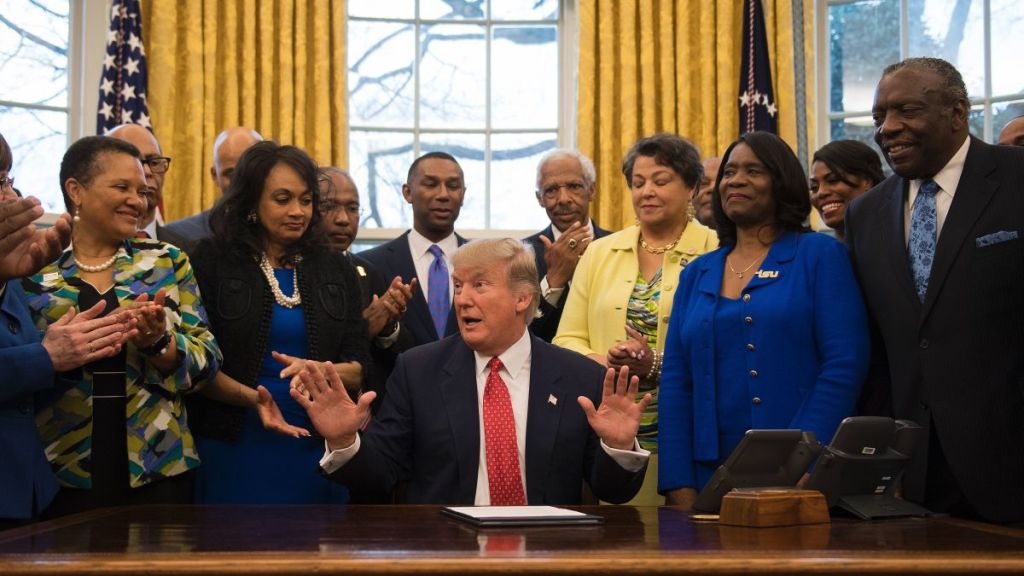 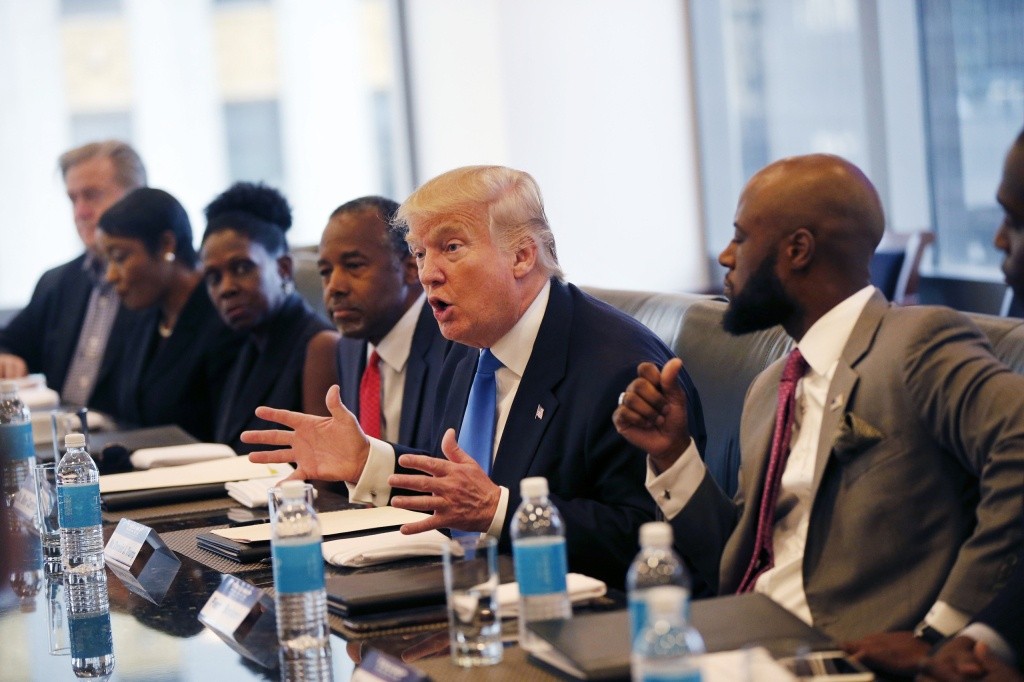 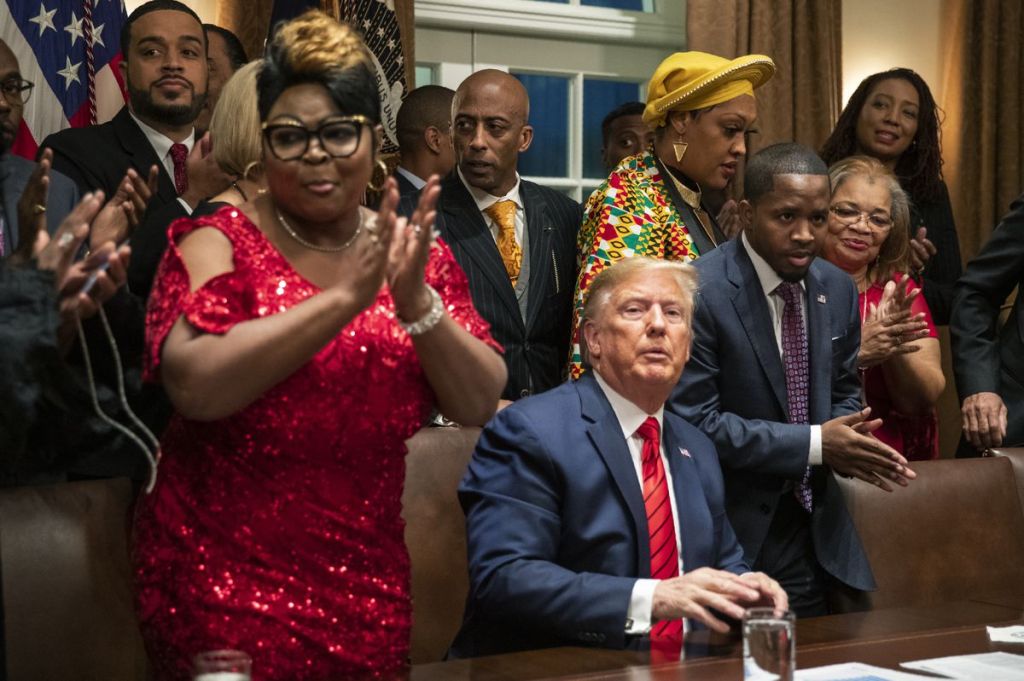 9 – Dak Ralter is ready to take on the whole Empire by himself.

Our tour through the sick race obsessed thoughts of Lucasfilm writers continues with Rebecca F. Kuang, who wrote a short story for the Star Wars anthology, From A Certain Point Of View. From Rebecca’s point of view, she finds it necessary to issue guidelines for white writers who she feels don’t have the experience necessary to write about various aspects of POC. And at the same time, she also feels she has the authority to tell white people what they experience and how. But as we know, hypocrisy is the foundation of all SJW thought. 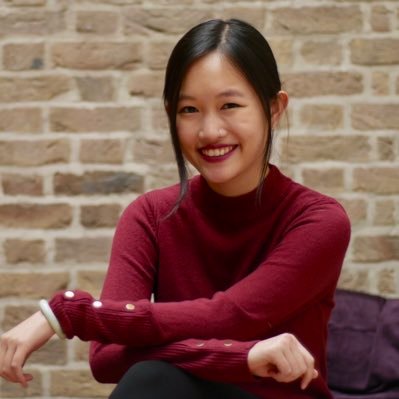 My own suggestion for writers of any race, color, or creed, is to write whatever you damn well please without regard to Rebecca’s guidelines, which she has no authority to impose anyway.

Now, when it comes to matters regarding Asian SJWs, you’ll often read the term “model minority.” What is that?

That is part of the Marxist/Freudian Critical Theory gobbledygook that is pushed in schools and universities, whereby they convince young and naive students of Asian descent that even a positive perception of their heritage is somehow racist, and to view those who compliment them in such a manner as dastardly white supremacists. It’s a kind of “heads I win, tails you lose” strategy where everything remains racist all of the time, and it’s intended to further exploit and exacerbate the artificial divisions of race, in pursuit of political power.

The myth of the model minority is based in stereotypes. It perpetuates a narrative in which Asian American children are whiz kids or musical geniuses. Within the myth of the model minority, Tiger Moms force children to work harder and be better than everyone else, while nerdy, effeminate dads hold prestigious—but not leadership—positions in STEM industries like medicine and accounting.

This myth characterizes Asian Americans as a polite, law-abiding group who have achieved a higher level of success than the general population through some combination of innate talent and pull-yourselves-up-by-your-bootstraps immigrant striving. 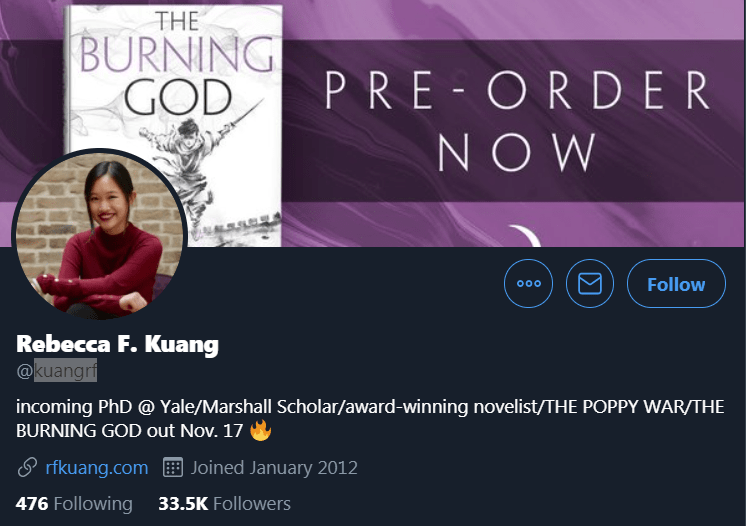 But as to be expected from a Lucasfilm writer, the true bigotry lies in Rebecca’s hatred of the white male. 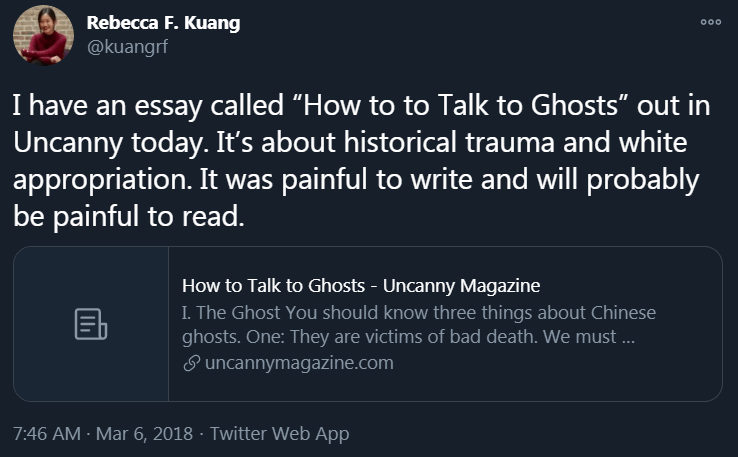 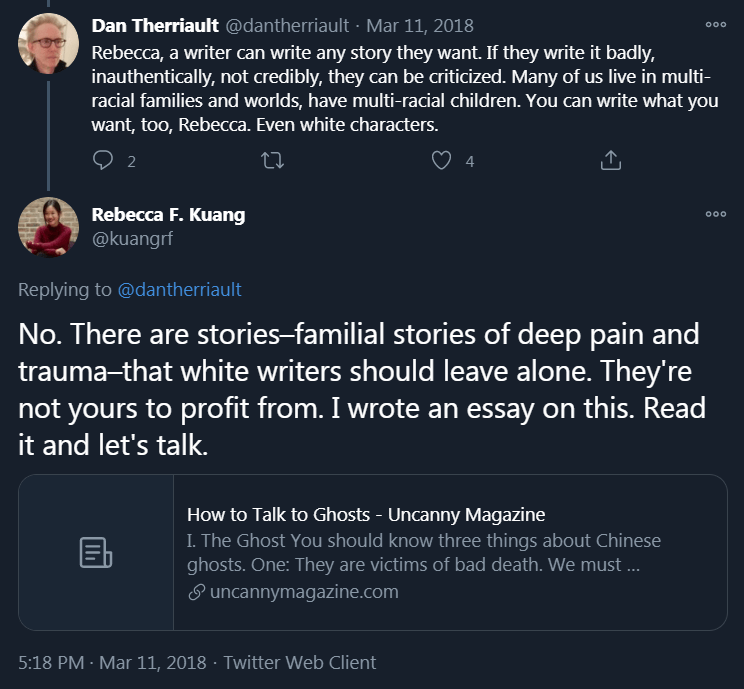 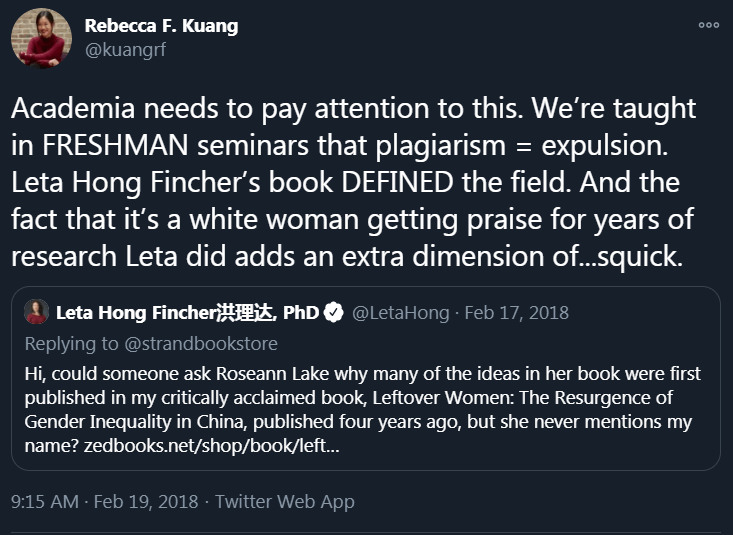 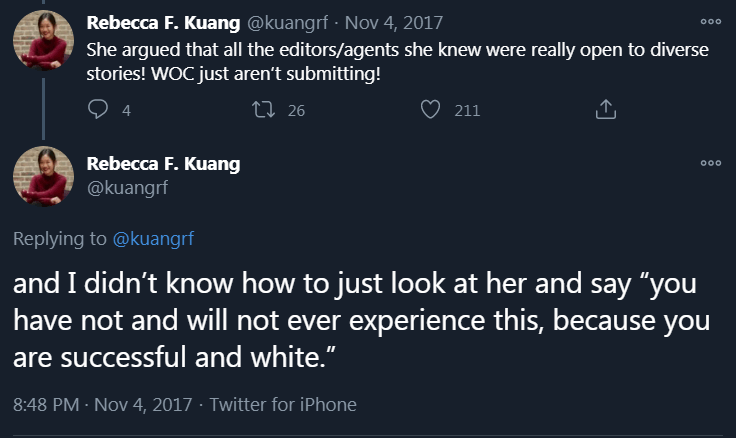 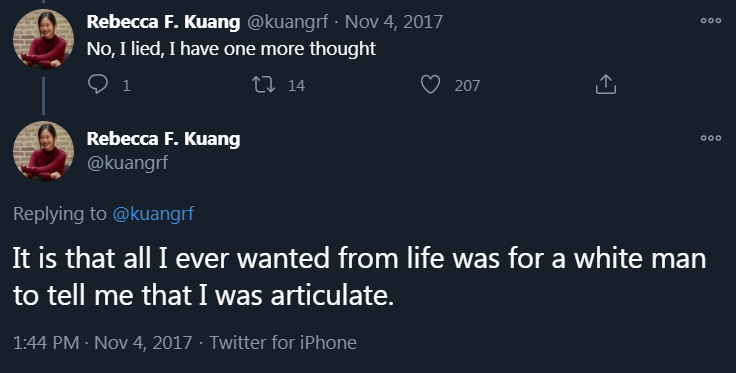 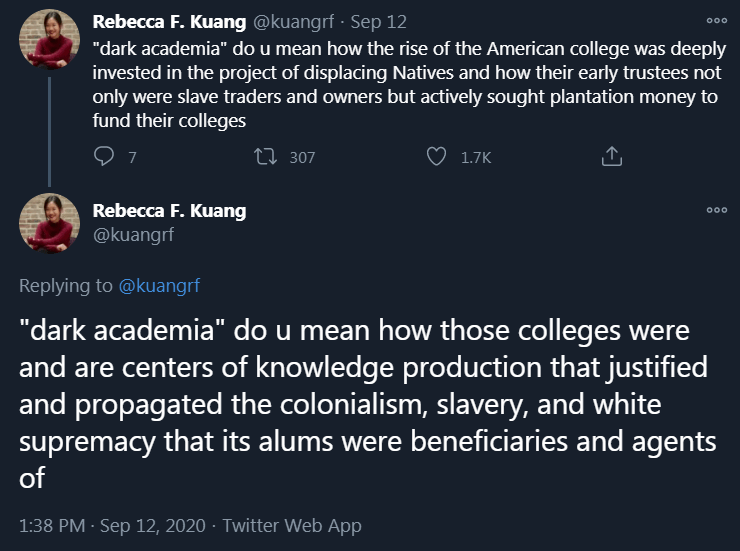 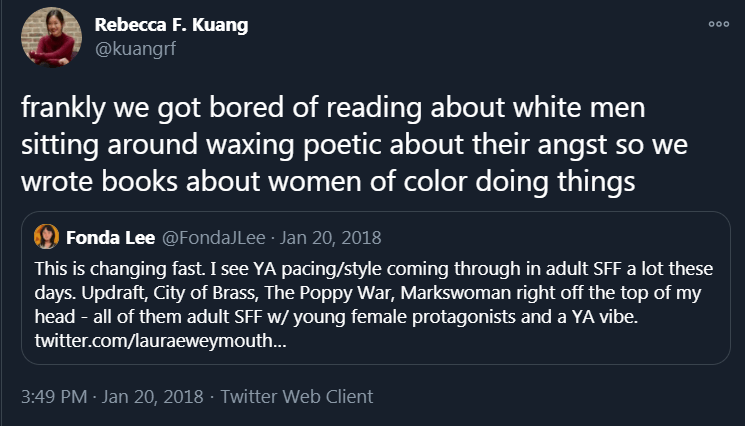 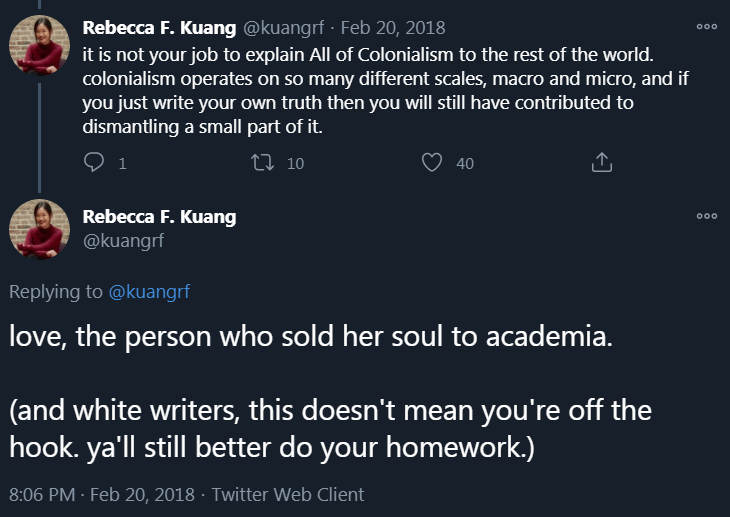 Still wondering if this is really ‘racism’? Go back and review these tweets, but replace the word “white” with any other skin color.

Utterly exhausting. Unfortunately there is more, MUCH more, to come… What’s going on in Lucasfilm’s HR department?