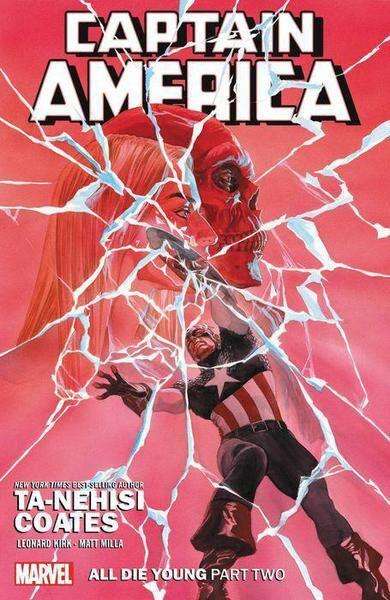 The Valdosta Daily Times fawned over the conclusion to far-left Ta-Nehisi Coates’ run on the book he didn’t deserve an assignment for… Captain America:

Coates concludes with Cap facing something similar to the Jan. 6 insurrection at the Capitol.

The Red Skull, Cap’s arch-enemy since the Nazi days of World War II, uses the internet and social media to fuel anger among white supremacist groups and undermine public faith in American institutions, including Captain America.

The Red Skull’s certainly come to serve as a leftist writer’s stand-in for villainous right-wing representatives these days. And wouldn’t you know it, Coates made sure to exploit Cap’s books all for the sake of demonizing Donald Trump’s supporters as nothing more than ruffians, while Antifa, by sharp contrast, is given a pass despite their horrific records.

As noted in previous reviews of this run, Coates takes a more subtle swing at Captain America’s shield. There is more of the political intrigue of “The Winter Soldier” than the super-powered bombast of “The Avengers.”

And readers should expect no less from Coates.

He has penned books such as the National Book Award for Nonfiction-winning “Between the World and Me” as well as the novel “The Water Dancer.” He also penned Marvel Comics “Black Panther” series.

And he’s also one of the most rabid leftists in the business, who insulted people who’d experienced 9-11 years ago. It’s hardly a shock he’d write up an assault on “insurrectionists” (and later information makes clear it was all a setup), no matter how offensive it is to those who experienced real terror, while ignoring more pressing issues like the Islamic terrorism that led to the horrible tragedy 20 years ago. And the paper’s writer has no problem with Coates’ politics at all. Of course, they fawned over his work even earlier, right down to his offensively written book that should not have won the award it did. Notice how the columnist isn’t even worried about an apparent insult to Cap’s famous shield? Since it incorporates the American flag – or red/white/blue elements – into its surface, that could explain why Coates must be taking aim at it. Proving he’s not doing this because he loves Cap, but rather, because he hates the character and everything he was created by Kirby/Simon to stand for.

The reason Coates is leaving Marvel now has something to do, surprisingly enough, with disillusionment over payment and the corporate side, as he told in an interview with Polygon a few months ago. Yet it clearly wasn’t enough to discourage him from taking every opportunity to desecrate Cap with divisive ideologies, as has been the tragic case for nearly 2 decades now. Coates may end up being the very writer who singlehandedly destroys the Star-Spangled Avenger entirely, in one of the saddest examples of modern disdain for a figure whose adventures once delighted many readers in times when writing was far better than the quagmire it’s become after the turn of the century. 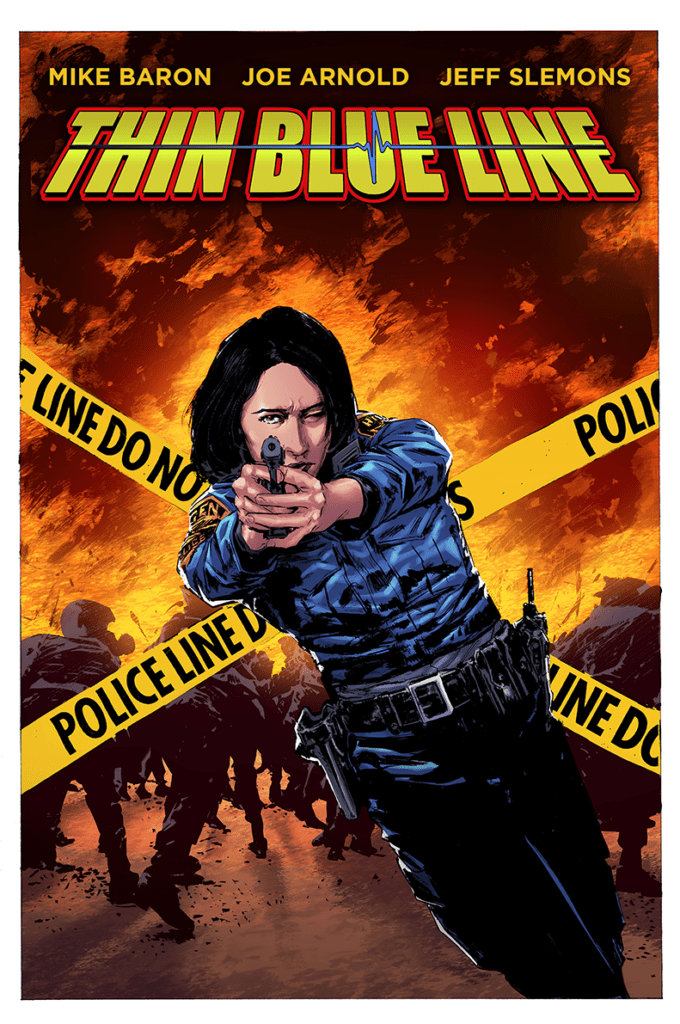 Update: while we’re on the subject, I think it’s important to promote a new project Mike Baron’s working on, a graphic novel titled Thin Blue Line, which, in contrast to modern mainstream propaganda, is sympathetic to police, makes clear these leftist mobs are the real problem, and that’s why it’s a project worth supporting, and should be supported. Many congratulations to Baron for working on books that really matter.