On the Founding of Wizard Magazine & the Comic Con Revival

Wired wrote a history item about Gareb Shamus, the man who’d originally founded Wizard Magazine, which was in publication from 1991-2011, and helped set the Chicago comicon on a success path back in the day. It also tells that he played a part in aiding Marvel out of bankruptcy:

Even with the increased community and sense of belonging fans were experiencing, by the late 1990s, the comic book industry was in a slump. People were buying fewer comics, and toy sales were down. Marvel was forced to file Chapter 11, and in 2000, the company brought in a new president to turn things around. Before the new president even started, he knew that he needed as much insight about the state of the industry as he could get. He knew his old friend Gareb might have some ideas that could help the future of Marvel. While most people in the industry sat in offices writing, drawing, or managing, Gareb had a unique perspective. Not only was he connecting with people across all the related industries, he was engaging with the community of fans every day through conventions and magazines, and he understood the intricacies of the subcultures. As they spoke, Gareb joked that “after years of writing, the comic book stories had aged characters up so much that the next issue of Spider-Man would be Peter Parker vs. the Prostate Exam.” The fact was that many of Marvel’s characters were no longer contemporary or socially relevant. If the company wanted to connect with new fans, it needed to reinvent its characters, and Gareb suggested they start with Spider-Man.

The company president they speak of is presumably Bill Jemas, who was subsequently instrumental in bringing Marvel down several more levels (and Joe Quesada continued this even after Jemas left in 2004). It’s inexplicable why Jemas isn’t identified here by name. And if they believed the sole way to make their characters work was by basing their writing and characterization almost entirely on “social relevance”, that was decidedly a mistake, to say nothing of misleading coming from a bunch of propagandists. Mainly since that’s what precipitated where we’ve arrived in 2 decades of increased political correctness. 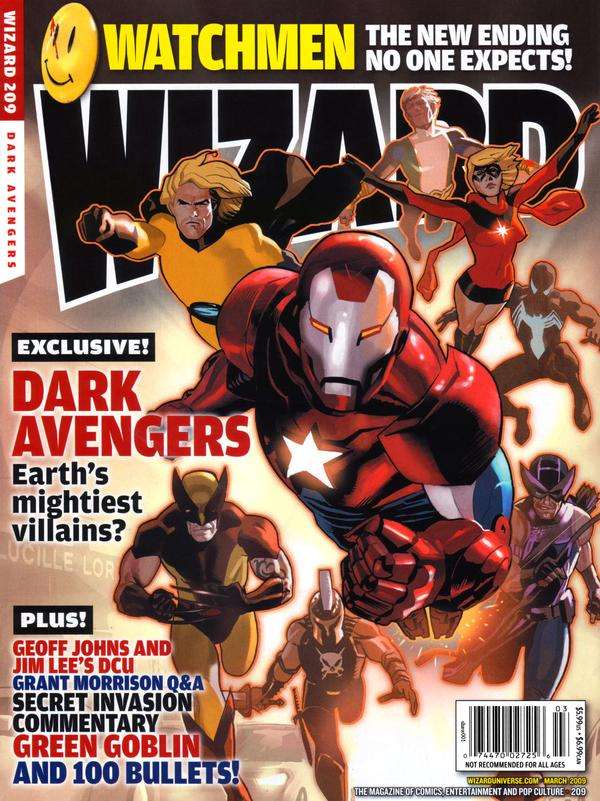 What Shamus meant by reinvention, as noted soon after, was the Ultimate line, which of course became outmoded pretty fast, and was largely cancelled after a decade, with the SJW-themed Miles Morales being one of the few remaining players, continuing on in some ways into the 616 universe, even though he hardly contributes to anything else other than a PC agenda, something creator Brian Bendis was instrumental in clogging mainstream comics with.

The new Marvel president knew they needed to appeal to a fresh and younger audience, but thanks to Garab’s insight they now had a clear strategy, and he brought in a team to revitalize the wall-crawling hero. Nine months later Marvel published the Ultimate Spider-Man comic book, which re-booted the story line to when he was a teenager. It became one of the best-selling series of all time. Within two years, this younger, more contemporary version of Spider-Man was played by Tobey Maguire at theaters across the world and earned an incredible $821 million at the global box office. Gareb and his team had not only brought people together, but had revitalized an entire industry, and as a result redefined the worlds of film, TV, gaming, pop culture, creative self-expression, and marketing. They set the stage for one of the largest and most active community cultures in the world.

Umm, how come no sales figures? Or acknowledgement that whatever big sales the Ultimate line had initially didn’t last long? Or how sales of comics proper are tanking today, and the specialty stores going down with them? I think it’s rather exaggerated to say the 2002 movie with Maguire was based precisely on the Ultimate line, but Shamus and company did not truly give comicdom a boost, and Wizard was pretty knee-jerk in their time (did they ever complain about how company wide crossovers ruined the Big Two? Not from what I can recall in times when I read them). Towards the end of the magazine’s run, one of the worst things they could’ve done was serve as apologists for getting rid of the Spider-marriage. If they were still in business today, I have no doubt they’d take up the leftist social justice agendas full force in many ways.

There may have been some pluses to their publication in its time, but they were outweighed by only so many minuses. And bringing together communities? I seriously doubt they’d do that today in an era where publishers and studios vilify their core fanbases, and Wizard’s backing for Marvel after the One More Day debacle in Spider-Man from 2007 is a telling example of where they really stood in regard to fandom then.

So I’m sorry to say, but I don’t think Shamus and Wizard were much help to comicdom in the long run, if they were going to take PC positions on how to supposedly appeal to the masses. Indeed, when Ultimate Spider-Man is brought up, it misses the point that what’s really needed to appeal to a fresh and younger audience is entertainment merit, not just merely the age factor. Nor is there any mention of how Ultimate X-Men and the Ultimates were hardly suitable for children, what with the mature themes Mark Millar put in when he wrote them. I guess that could explain why they don’t acknowledge that the Ultimate line eventually came to an end after at least a decade. But that’s how it is with these articles built on superficial views of history, and aren’t interested in learning how to better the future.