Now Even Conservative Artists Are in Danger of Being Blacklisted

Make what you will of novelist Vox Day, he recently conceived a comics project from a right-wing viewpoint called Alt*Hero. But now, Megan Fox at PJ Media says a conservative-leaning artist was rejected by another small publisher for drawing the cover, and the startling part is that this too was a rightist:

[Timothy] Lim had begun work for Patriotika, Mount Olympus’s answer to SJW comics, because he had heard it would be pro-American and the SJWs who have taken over DC Comics and Marvel would hate it. “I found out about Patriotika from friends who had positive things to say about it,” Lim said. “I contacted the owner to volunteer my services for his next issue, free of charge, just to support a good cause. He decided to hire me for cover work on another title in the same universe, Valkyrie Saviors.”

But the goodwill took a bad turn when it became public that Lim was working with Vox Day. “When he saw the work that I had done for Alt★Hero, he was not enthused. Three days later he messaged me to tell me he would not print the Valkyrie Saviors cover or the Patriotika one which I was going to finalize the following week,” said Lim. 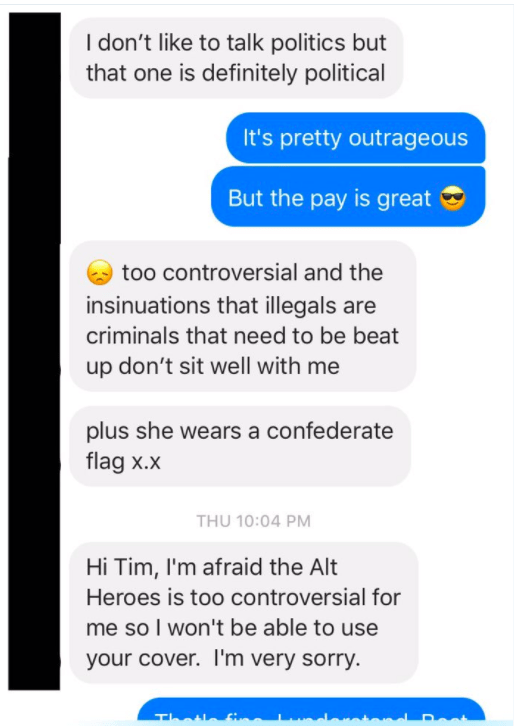 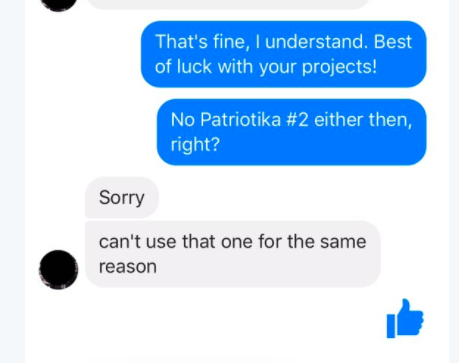 It’s bad enough if a left-leaning editor does this. But for an alleged right-leaning editor to do it is alarming, contradictory, and renders the impact of their own projects soggy. Interestingly, Chuck Dixon is one writer who’s offered to work with Vox Day on the project:

Dixon explained why he decided to work with Vox Day. “My decision to join with Vox on this project is because he offered me an interesting opportunity; a return to the kind of escapist superhero fantasy I used to be allowed to create at DC Comics and Marvel Comics. I’ve long lamented that the major comics publishers have walked away from their core audience over the past two decades,” he explained. “They ran from them by creating ham-handed preach-athons that scold the readers rather than entertain them. And just within the last year, the diversity movement in comics has ratcheted up to chase away even the last of the die-hard fans who were holding on to the hope that one day superhero comics would return to their core appeal as wish-fulfillment fantasies.”

Dixon believes that the answer to SJW culture is to carve out a counter-culture in the realm of entertainment. “The conservative movement has ceded the pop culture to the left. It’s time to take some of it back. And by producing classically structured and well-crafted adventure comics, projects like this could find that lost audience and bring them back to the medium they, and I, love so much,” he said.

Well I wish him good luck on this new project. But I hope they think to release their stories in OGN format, because pamphlets are getting awfully expensive, and I honestly think it’d benefit them better to save money by taking a format that could be sold more easily in a standard bookstore.

And it’s a bad idea for a right-wing publisher to reject a contributor just because they’re working with a potential rival whose views may not coincide with theirs, even if they too are conservative.