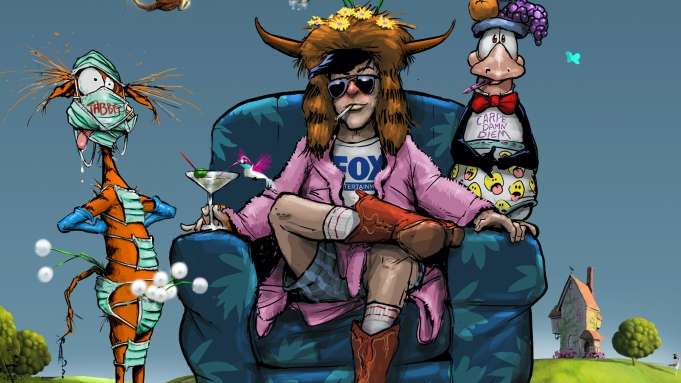 FOX is developing a beloved 1980s comic into a primetime animated series: A TV series version of Bloom County is officially in the works with its Pulitzer Prize-winning cartoonist creator Berkeley Breathed on board.

Fox is looking to bring to life Steve Dallas, Bill the Cat, Opus the Penguin and other characters from Breathed’s strip, which originally ran from 1980 to 1989 and spawned several bestselling books. With a tone that was smart, whimsical and occasionally downright silly, Bloom County examined events in politics and culture from the viewpoint of an idyllic small town in Middle America.

The project’s official description: “Bloom County centers on a collapsed lawyer, a lobotomized cat and a penguin in briefs and fruit headwear living in the world’s last boarding house in the world’s most forgotten place deep in the dandelion wilds of FlyWayWayOver country. To wit, today’s America at a glance.”