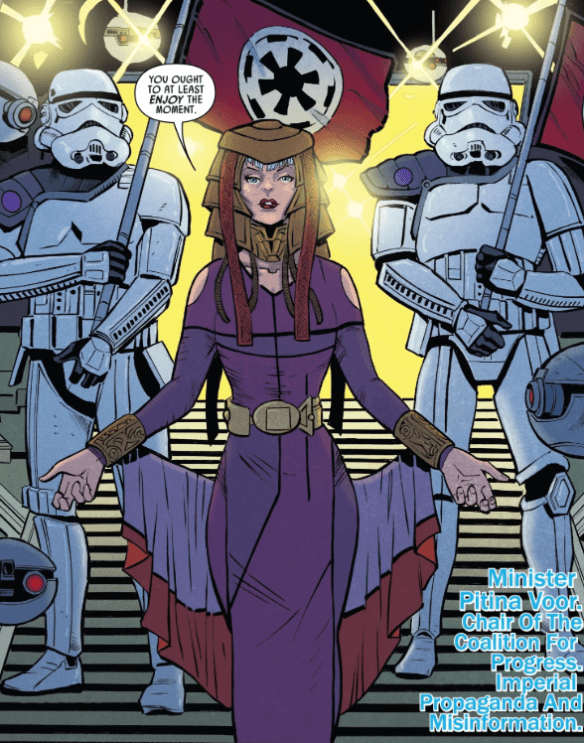 But now, Star Wars has revealed the woman who was actually keeping the Empire together all those years, despite its incompetent leader: Imperial Minister Pitina Voor.

Every fan is going to want to know the woman born Pitina Mar-Mas Voor, twenty-five years before Sheev Palpatine began his rise to power. Married to a lame duck bureaucrat in the Empire’s ruling class of competing officers and governors, Pitina saw history repeating itself. That below all the bravado, intimidation, and posturing… the expansion of the Empire through brute force was killing it even as it spread (running out of both soldiers and money). And Pitina just might have led the Galactic Empire to total success, if not for once crucial weakness: Emperor Palpatine had absolutely no idea how to lead.

Yes.  Because only women know how to lead, or something.  That may be total nonsense, but at least their “creators” are admitting that evil springs from matriarchy.

But to be fair, Nazi ideology was matriarchal too, because a big chunk of Nazi ideology came from Klara Hitler, Margaret Sanger, and Madame Blavatsky. Maybe that’s the allegory they’re going for?

Thanks to Matt Farrell for the tip. 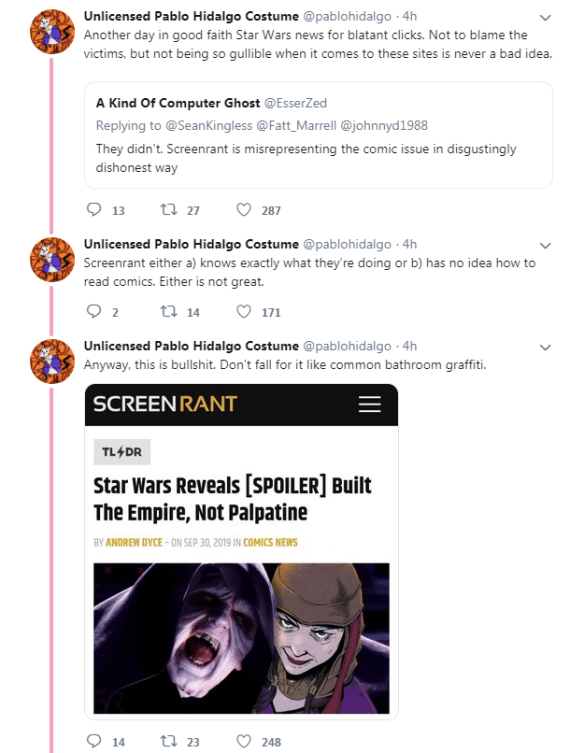 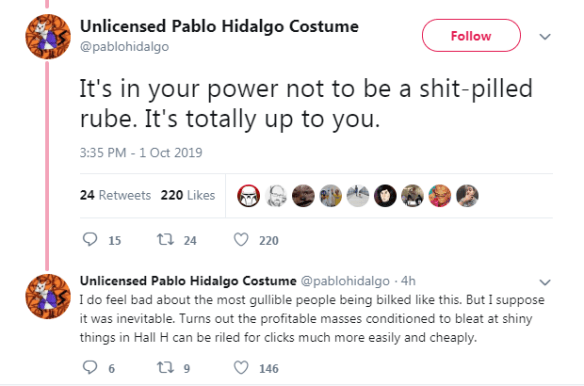 Not sure why Pablo would be so salty over this.  Accuracy in the garbage tier media isn’t exactly one of their characteristic traits.  The only way to avoid being a “shit-pilled rube” entirely is to purchase their comic books and read them.  And who wants to do that?  No one.  So we rely on the garbage tier media for information.  Sometimes it’s accurate, sometimes it’s not.  That’s just the way it is.

On the other hand, Pablo doesn’t specify exactly what is incorrect here.  People oftentimes have different interpretations of stories.  It might simply be an interpretation of the story that differs from his own.  Who knows.

In any case, if ScreenRant knows what they are doing, what exactly is it that they’re doing?

Regardless of whether the story is accurate or not, it still represents the garbage tier writer’s perspective.  Maybe Andrew Dice Clay should write for The Mary Sue.

Thanks to Dataracer for the tip.