Over the past weeks, there has been an increase in the attention being placed on the world of Anime. Dubbed “AnimeGate”, this new movement shares several characteristics with its sister movements: ComicsGate, and GamerGate. Like previous movements, this one also aims to strike back at the SJW infestation that has insidiously invaded all fandoms across the world. Prominent in this movement is the existence of a legal battleground as its starting point, one that is loosely organized by large profile YouTubers like That Umbrella Guy, Yellow Flash, and Nick Rekieta. But the overwhelming characteristic of this movement is an incidental insight into how “normies” react to the initial exposure of the SJW tactics almost in real time.

FearTheBeard with Rekieta Law and Ty Beard on Vic Mignogna

Nick introduces Ty Beard, and the SJW world comes to a complete halt.

Mr. Nick Rekieta has long hosted livestreams on YouTube with the aim of analyzing ongoing legal cases, offering both explanations of the ongoing litigation and possible legal strategies that could be used by the involved attorneys. These legal strategies are largely conjecture by Nick, however time and time again he has been proven correct in his legal opinions as those cases reach their conclusions. It was in this capacity that Nick was exposed to the ongoing drama that Vic Mignogna has been facing on his own, and Nick’s legal calling prompted him to take action. After organizing Vic’s GoFundMe, and managing a $100,000 goal (which was reached within 15 days), Nick became even more exposed to those terrorist tactics that the SJWs employ to destroy their enemies. But Nick would not be the only “normie” that would learn these tactics first hand, Vic’s attorneys Beard, Harris, Bullock, and Hughes would also be exposed.

Watch as Ty  offers some much needed support to Nick after ethics complaints received.

Those of us that have dealt with SJWs, both directly and indirectly, are used to seeing their handiwork and tactics in brazen display, but that was not the case with Mr. Ty Beard, an attorney working out of Tyler, Texas. His online presence was non-existent by his own admission prior to taking on this case. The Internet can be a harsh, cruel, and unforgiving place for people like that; for a second I feared for Mr. Beard’s sanity. When I learned that the “Autistic Force of the Internet” located within KiwiFarms was openly scouring the Internet for information to provide him, my fears increased for a second. For the first time ever, I witnessed a true act of chivalry within the barren landscape of the internet: KiwiFarm users actively warned Mr. Beard of what areas to actively avoid within the site. Ty has now made three appearances in Nick’s livestreams, each of those appearances has been drastically different from one another. Viewers can see the disgust that this “normie” is experiencing as he is exposed to this form of terror that is SJWs. 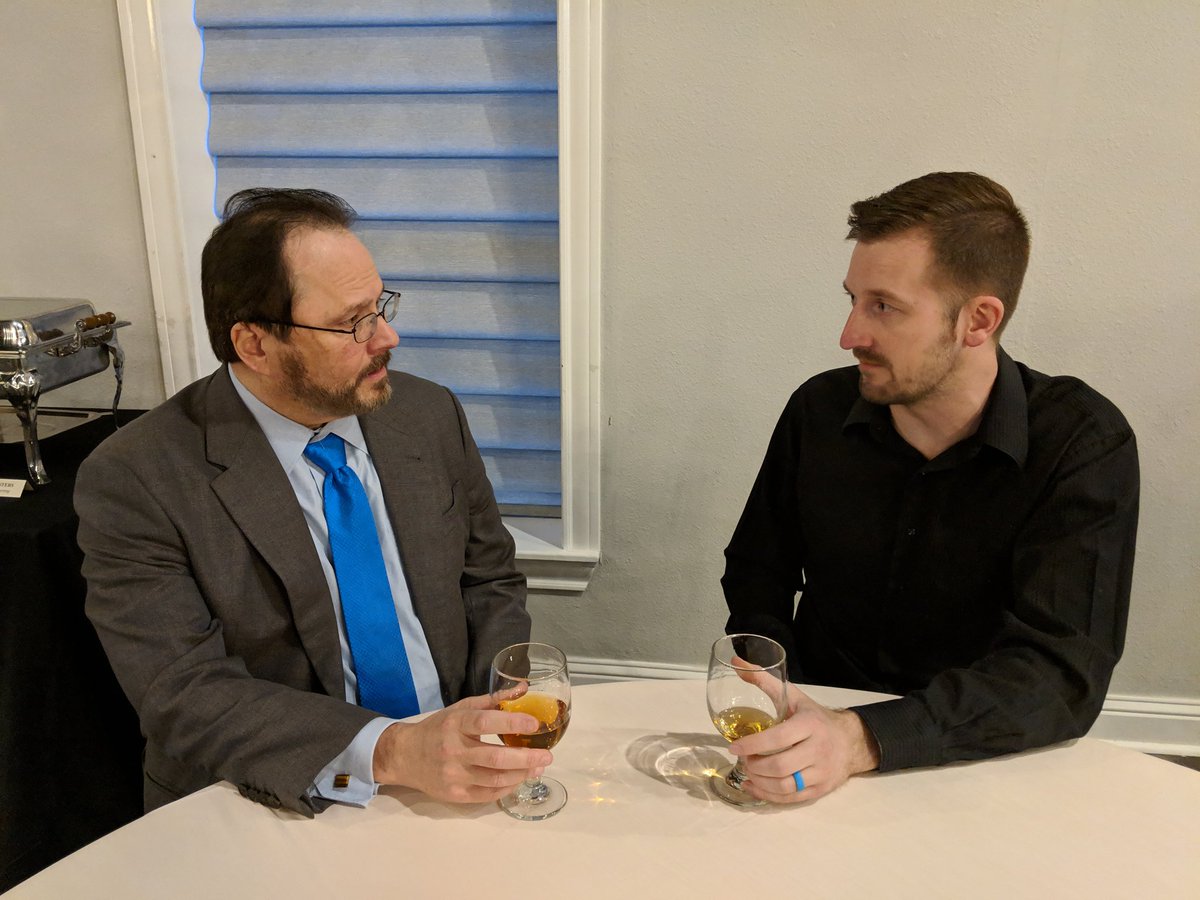 Ty appeared to be surprised at how effective the SJW tactics have proven so far. His commentary on how these parasites have been able to influence and affect people’s lives over perceived crimes is a great reflection on the public’s reactions to it. Ty dismissed the comparison of SJW tactics to the Salem Witch Trials by saying that at least those accused of witchcraft in such an arcane time received a trial in front of a judge. He also remarked at how SJWs drove such an intense amount of pressure on business owners that they would inevitably succumb to the pressure in order to receive some peace. This further echoes previous complaints made by Richard Meyer and his sabotaged business relations, as well as the multitude of attacks leveled against Alterna Comics.

#FEARTHEBEARD on the Difference Between Good Decisions and Bad Decisions
Ty Beard shares his experiences dealing with SJW tactics.

Ty brought an outsider’s perspective to this ongoing SJW infection, and accurately identified not just the problem, but the solutions needed to successfully combat this invasion. Both Nick and Ty reached out to the fans and asked them to support a convention currently undergoing their own SJW swarm, along with other suspected criminal activities. This convention, strengthened by the overwhelming fan support, took a stand against the SJW tactics and drove the first wound on their narrative.

EXPOSED: #kickvic cosplayers @Dominique_Skye, @PepperMonster, @JessiePridemore & more are part of a FB group that doxx people from #IStandWithVic. @KRONICkaren tells me that the posts with her info are still up, has received threats since then. Can the community help protect her? pic.twitter.com/aO80J0TpaU

Meanwhile, Nick’s professional career has taken some small attacks from the same parasites. As attorneys, Nick and Ty are both held to high standards of behavior in their practices by distinctly different governing professional ethics boards. Nick has received two terrorist attacks in the form of “ethics complaints” from separate SJWs. Risking both financial and criminal consequences, the terrorists have tried to bully Nick into silence with their ill-conceived actions. 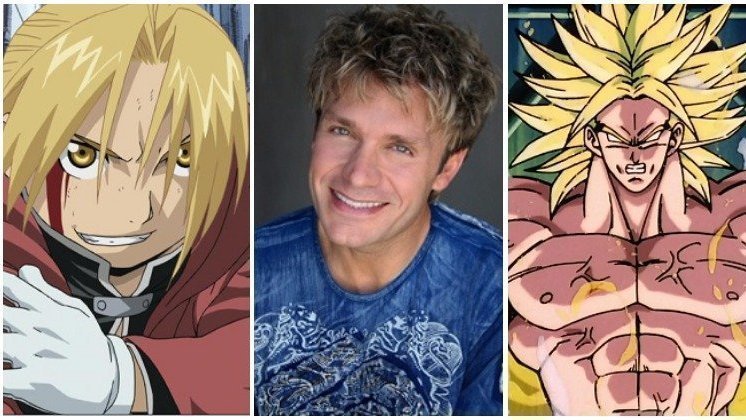 But it would be Ty’s outsider wisdom that would continue to add a level of calm into the situation. He remarked at how social media has become such a powerful weapon thanks to the SJWs, and that it should be a weapon to be used against them. “Crowdfunding is a game changer,” Ty remarked, adding that this fan supported tool would allow people like Vic to seek justice for the crimes committed against them. Due to the ever increasing list of offenders, from busybodies to convention coordinators, Nick has changed the GoFundMe’s overall goals. As Nick has said in multiple occasions, justice moves at a deliberate pace until it becomes an avalanche. With more SJWs willing to throw themselves as sacrificial lambs, this avalanche will surely be fruitful. 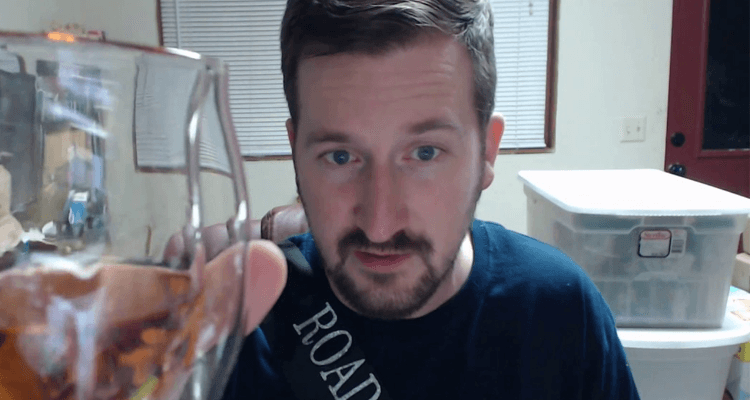 SJWs have controlled the narrative long enough. Their lies have twisted and turned joyful pastimes into another chore. “Bad people ruin good things,” fandoms are severed and destroyed left and right. Large companies are dying, nostalgic memories are being poisoned, childless weirdos are being trusted with providing healthy entertainment for the future generations. We have carried our share of the blame for this infestation for long enough. Vic represents our brothers, our sons, our fathers, and our friends; he needs us and we will be there for him. For all of them like him that have witnessed as their lives are destroyed by people who are little more than oxygen wasters. This situation will hopefully lay out a blueprint that can be used in the future as more fandoms are born from the ashes of those that have succumbed to the SJW plague.

If you can contribute, you will find the link to Vic’s GoFundMe below. And please support Nick’s channel by subscribing, as his voice (and drunken rants) continue to be both informative and entertaining. He just crossed the 50k subscriber count, but his passionate coverage on multiple legal cases will surely transform into more quality entertainment. You will find the link to his channel below.