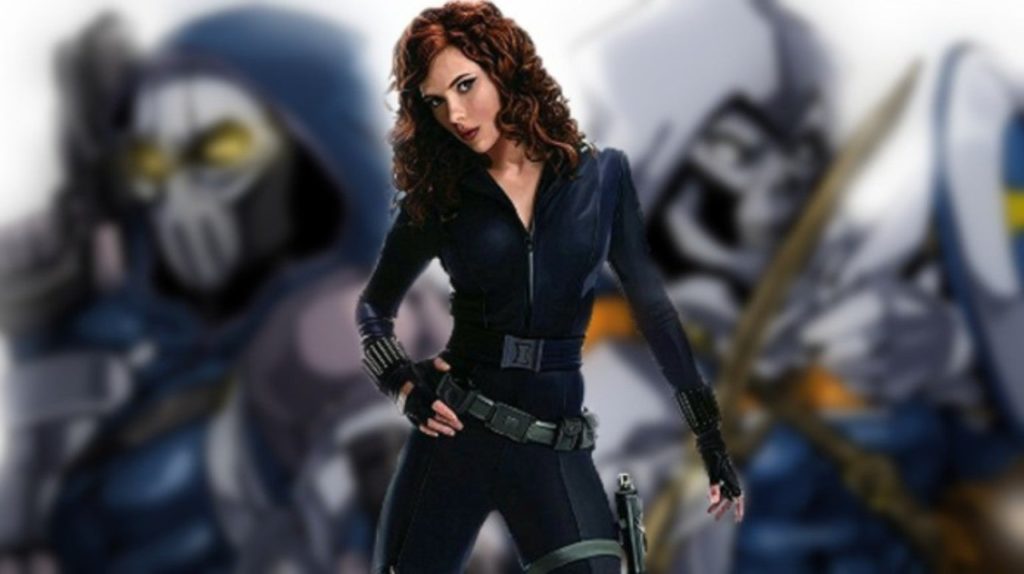 Newsarama did a sugarcoated interview with Kelly Thompson about her new Black Widow series where Natasha Romanova goes “into retirement”, as though such a thing were really possible in her line of work. And in case a reminder is needed, the assigned writer is the same one who turned Carol Danvers evil for shock’s sake:

Thanks to her central role in the Marvel Cinematic Universe, Black Widow has risen to become one of Marvel’s most recognizable superheroes – and now, as her film prepares for eventual release (postponed from its planned May 1 opening due to coronavirus), Marvel Comics is also prepping a new volume of her solo title from writer Kelly Thompson with artists Elena Casagrande and Jordie Bellaire.

Movie or no movie to tie in with, something tells me her name on the book won’t encourage many to read it. She says:

Newsarama: Kelly, you’re launching a new volume of Black Widow just as she’s about to have her biggest pop culture moment ever with her solo film. How does that inform the stakes you’re setting as you take Natasha into a new chapter?

Kelly Thompson: Well, I don’t know about Natasha, but it certainly ups the stakes for me. Lotta pressure! But here’s the thing…the movie is set in Black Widow’s past…so we can’t tie ourselves too tightly to it…and we shouldn’t want to, it’s up to us to blaze new trails for her not repeat what has come before.

So my biggest hope is that longtime comics readers, longtime Black Widow fans, and new fans that see the movie will seek us out and find in our book the Black Widow they know and love in a fantastic and emotionally resonant story that sets Nat up to launch her into a bold new future. Fingers crossed we can pull it off.

If we didn’t find the Carol Danvers we knew and loved in her previous efforts, why should we expect her to do better with Natasha Romanoff? It’s no different from what the audience thinks of Dan Slott today, though admittedly, he’s considerably worse. Now here’s the part where they ask an awfully absurd question:

Nrama: Black Widow is often portrayed as a cipher, as mysterious and aloof as her adventures. What do you see as the defining aspects of her character? What makes her more than her training and experience?

Thompson: Natasha is different than a lot of her contemporaries in that she’s so much more than just a superhero both in her past and her present, and that gives her a lot of fun grey areas to play with and a lot of duality for her to confront, which is something we definitely lean into in our first arc.

I think that a lot of Nat is her training and experience…it informs her pretty powerfully. And I love the lore Natasha comes from…but I’ve seen enough Red Room-related stories to last me a lifetime. I think it’s high time we explore other facets of her in more depth.

So part of what we are doing in our book is trying to distill Natasha down to her core. Who is Natasha really? is she? If she is free to choose…what does that look like? These are the questions that excite me about this book and Nat as a character. 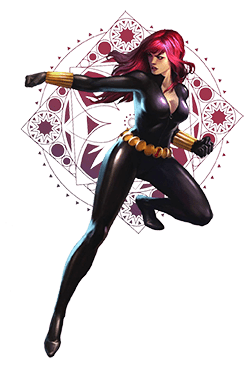 A cipher means a character sans personality, and I’m wondering what prompted them to write up such a peculiar question about a woman who began as a Soviet spy who intended to defect to serving the west instead, taking jobs with SHIELD, and had a father figure in Ivan Petrovich, who served as her chauffeur. It sounds like Newsarama’s interviewer is belittling the impact of Stan Lee’s creations. In fact, based on what Thompson replies to boot, what if it turns out this doesn’t even have any serious action, built instead on dreary soap opera drama? And towards the end, just to demonstrate how oblivious she is to reception of her prior Captain Marvel series, she says:

Nrama: Black Widow is a character who dates back to the 60s, but she’s just now coming into her own as an A-list Marvel hero. What’s it like guiding her into this new era as that’s taking place?

Thompson: It’s thrilling and also completely terrifying. I went through this same thing last year with Captain Marvel and it worked out really well (our 16th issue comes out this month and I’m writing #20 right now)…I can only hope for that same success with Black Widow.

If she’s not sorry for trolling Danvers fans with a story built on making Carol evil, and it doesn’t sound like she is, then we can’t expect much better in this take on another notable Lee creation. Speaking of which, last time I looked, Mary Jane Watson’s marriage to Spider-Man still hadn’t been restored, so why must we truly be convinced Nick Spencer, another writer whose attitude towards Marvel fans during Secret Empire, really wants to mend fences either?

Writers who can’t acknowledge past mistakes and apologize for them aren’t fit to work in the medium.