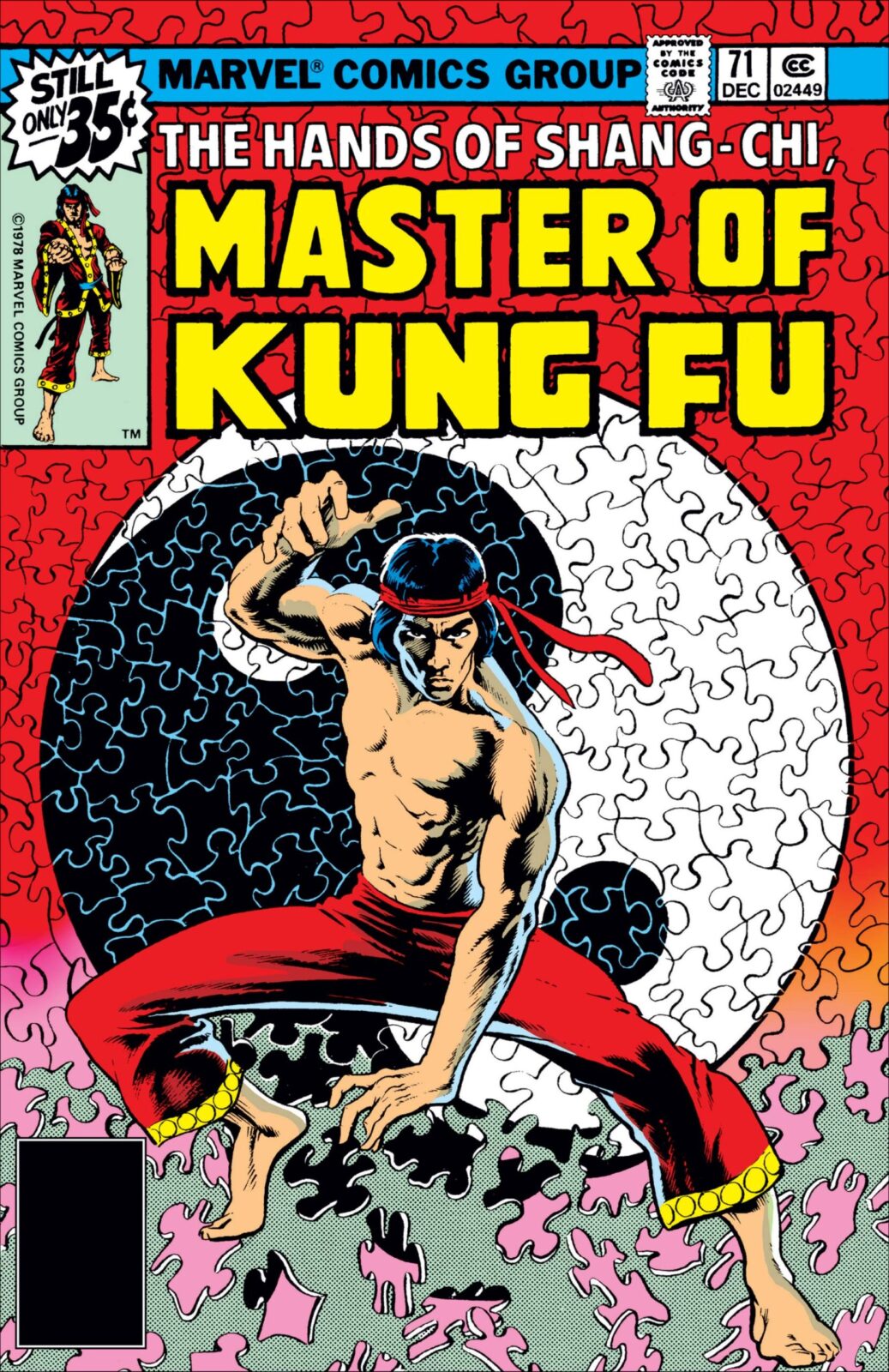 The Washington Post interviewed writer Gene Luen Yang, who’s just been assigned to develop a new solo book for Shang-Chi, Master of Kung Fu, in what looks like another example of ghetto mentality hiring for assignments, to coincide with the planned movie adaptation:

There is perhaps no one more qualified to help bring a dormant Asian superhero back to comic book relevance than writer Gene Luen Yang.

The author known for writing the graphic novel “American Born Chinese” and helping to create a Chinese Superman for DC Comics received an offer he felt he couldn’t refuse when Marvel asked him to be the writer of the new Shang-Chi miniseries that debuts Wednesday in print and digitally.

Shang-Chi, once heralded as the “master of kung-fu,” first appeared in “Special Marvel Edition” No. 15 in 1973. He had his own series until the early ’80s and a 2015 miniseries during Marvel’s “Secret Wars,” but otherwise has only sporadically appeared in various comic books. He’s not the Black Panther of Asian superheroes … yet. Some might even say he’s not as popular as the X-Men’s Jubilee in the ’90s.

But Yang’s involvement with this comic as well as Hollywood’s big plans for the character could help make him a household name. And the comic, Yang hopes, is creating a more authentic, empowered version of the character, as he’s being shaped by writers and artists of Asian descent.

Whether or not Shang Chi becomes a big name in the movies is one thing. But it’s unlikely sales of a solo book will skyrocket to millions of copies, because history’s proven the source material almost never does in this medium. As for authenticity, maybe, but it doesn’t equal entertaining writing automatically, and the WP’s claim ignores the ability of any author to do research and get an understanding of Asian culture.

A big-budget, live-action Shang-Chi movie from Marvel Studios has delayed production because of the pandemic but is still planned for theatrical release in July. The film is being directed by Destin Daniel Cretton (“Short Term 12”), who is half Japanese, and it features Chinese Canadian actor Simu Liu (of the sitcom “Kim’s Convenience”) in the titular role. Having Yang write the comic just ahead of the film is similar to when Ta-Nehisi Coates penned his first “Black Panther” comic a month before Chadwick Boseman debuted on-screen as the African superhero in “Captain America: Civil War” in 2016.

Wisely no mention of Coates’ divisive politics, nor whether somebody that far to the left deserves the chance Christopher Priest got well before him to write solo books for T’Challa. The problem with the MOKF adaptation is that it’s become subject to diversity hiring, as though racial background automatically makes you qualified alone, not talent. This makes it another case of social justice propaganda in the latest batch of Marvel movieverse productions, delayed as they’ve been so far because of the Covid pandemic.

Yang, who is Chinese American, admits to “actively avoiding” Shang-Chi comics at his local comic book shop as a child.

“When I was a kid I went through this period where I was not really into my cultural heritage,” Yang told The Washington Post. “I wanted to divorce myself from being Chinese. So, picking up a comic with a Chinese American hero would almost be like highlighting what made me different.” 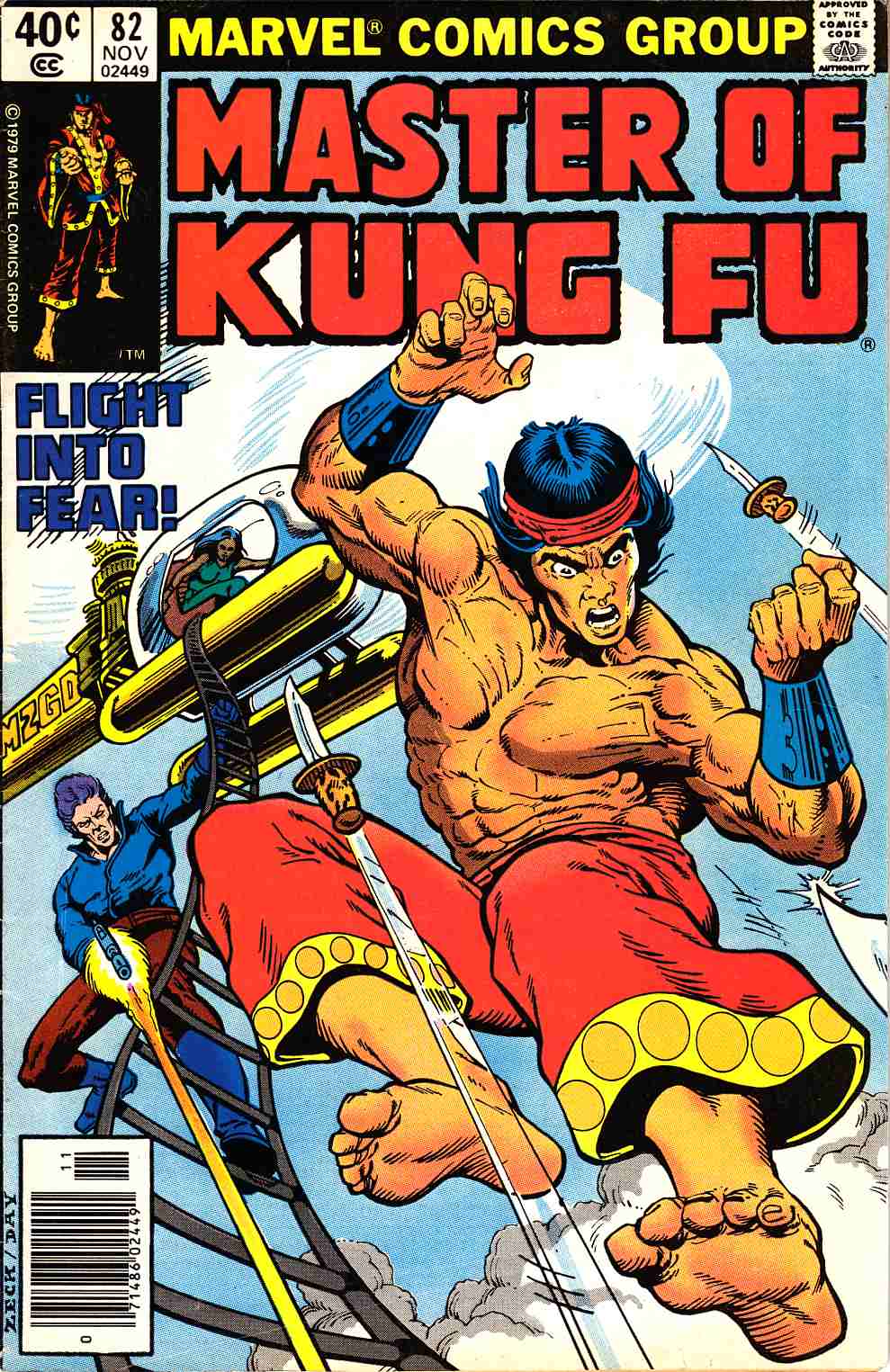 The irony of that same Asian American child growing up to become a force for inclusion and diversity in comics is not lost on Yang. He hopes that with this new “Shang-Chi” miniseries he can reach the same type of child he used to be.

“I want to create a comic [with Shang-Chi] where a kid like me would be okay picking it up,” Yang said. “The character would be presented in a three-dimensional enough manner where the kid who might have a hesitant relationship with his own cultural heritage would still be willing to pick it up.”

Is this supposed to imply nobody of Asian descent was comfy with MOKF during its original 1973-83 run? Ridiculous. But, there’s more:

Yang will expand on the legend originally crafted by Shang-Chi’s creators Jim Starlin and Steve Englehart. Shang-Chi is the son of an evil, presumed-dead sorcerer and martial arts master Zheng Zu. The hero will reside in present-day San Francisco, making new friends, meeting a potential new love-interest and bumping heads with old flames who are very much lethal. Shang-Chi will also meet his many half-siblings on his father’s side and must decipher who really wants to help him and who wants to hurt him.

Rounding out an all-Asian creative team on the miniseries are artists Dike Ruan and Philip Tan. Ruan, a Chinese artist, will illustrate the present-day panels of “Shang-Chi” while Tan, who is of Chinese decent and was born in the Philippines, will draw the comic’s flashback scenes where Zheng Zu plays a prominent role.

This setup where Zheng Zu is Shang Chi’s dad, rather than Fu Manchu, was concocted just 5 years ago, all so they wouldn’t have to rely on what’s since been considered use of a racial stereotype with Fu Manchu from the Sax Rohmer novels. Making matters worse, Jim Starlin recently took the Politically Correct route, claiming he stopped working on MOKF after three stories because he was embarrassed by the source material, yet stating they weren’t PC, as though that’s equal to badness in all instances. If he took offense at the original Rohmer novels, that’s fine, but doing it all in lockstep with the modern leftist mindset suggests his position isn’t altruistic, suggesting he’s just virtue-signaling. If Shang Chi was supposed to represent people of the far east positively, in sharp contrast to the novels Fu Manchu came from, isn’t that kind of taking liberties with the source material a good thing, improving on what went wrong in the first place? 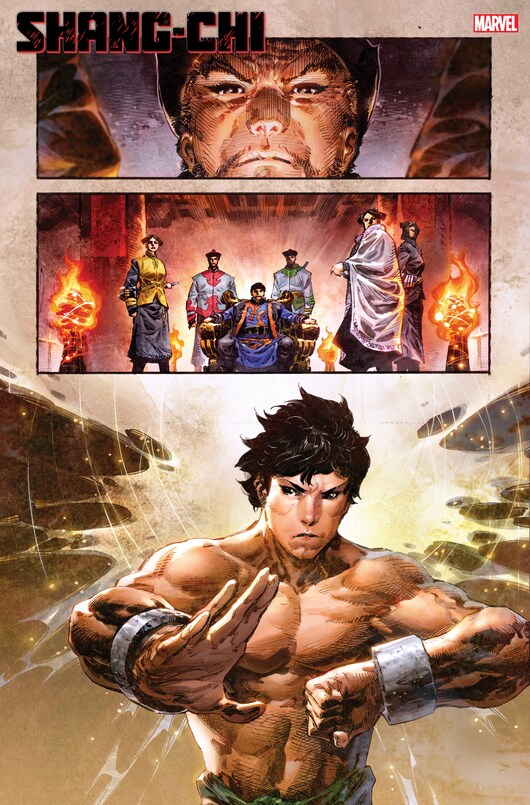 And if the potential love interest Shang-Chi meets turns out to be yet another forced and contrived same-sex affair, that’ll only compound what sounds like more SJW-pandering in motion.

Ruan instantly felt like he was a part of something that was not an industry norm when he began collaborating with Yang and Tan, and even more so when he saw that elements of traditional Chinese culture were a part of Yang’s story.

“When I first read the script, I kind of found [someone like] myself in a big story,” Ruan said.“ I used to see a lot of Asian people playing background characters. As a child and young man, it felt like, in the Western comics world, there was not a character that totally represented me and the culture in which I was born and raised. Black Panther’s comics and movies have contributed to represent and empower the Black community via the Marvel Universe, so I really hope this new version of Shang-Chi can play a similar role for the Asian community.”

I guess Colleen Wing and Billy Tucci’s Shi don’t represent him either, right? It would seem what we have here is a case of relying way too hard on “cultural heritage”, as though it matters in all instances, every step of the way. This despite how Mannix didn’t rely on its star’s Armenian heritage in all instances during the TV show’s 1967-75 run. What’s being told sounds like far too much concern over lack of authenticity. As though they think all Asians think the same way about everything.

Since we’re on such a topic, the Federalist wrote about the current direction of the Simpsons producers on TV, who’ve already been hiring voices actors to play characters of the same racial background in tune with the current political climate:

Sure enough, a search online revealed that Alex Desert had taken over the voice of Carl Carlson, who works with Homer at the Springfield Nuclear Power Plant. The move comes as “The Simpsons,” along with other animated shows, said they will no longer cast white actors to voice African American roles.

Coming two years after the controversy about recurring Simpsons character Apu Nahasapeemapetilon, the move represents an attempt, however well-intentioned, to increase diversity that looks more like a ham-handed appeal to the social justice crowd. 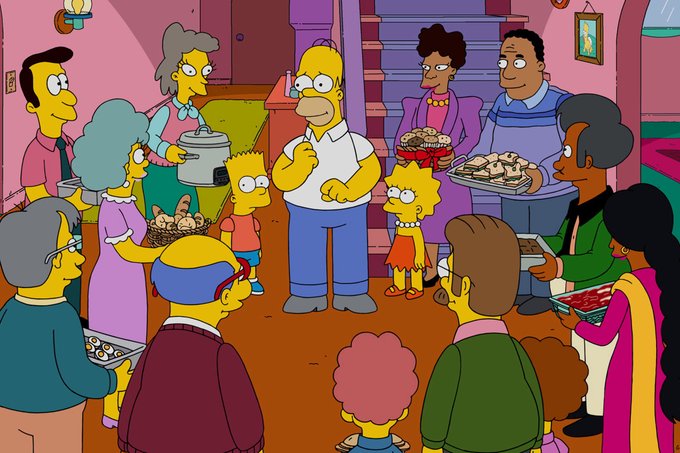 Alas, that’s just it. Yet if a black actor were hired to voice a white character, that wouldn’t elicit a whisper of criticism from the same bunch. As for the diversity hires, the site notes there’s a drawback:

Therein lies one potential implication of “The Simpsons”’ move. The show already has an enormous cast of recurring characters that numbers in the dozens at minimum. Finding individual actors to voice every role—as opposed to voice artists who can switch between “characters” easily—represents an enormously time-consuming endeavor.

It, therefore, seems quite possible that an ensemble show like “The Simpsons” will end up hiring one African American actor to play all the African American roles, a move that would increase diversity among voice actors, but only marginally.

See, that’s why this could actually turn out to be theater of the absurd in terms of employment, because if budgets are strained, it makes it difficult to hire as many performers as the crowd they’re pandering to could want. I know there’s all sorts of cartoons making use of one voice actor for several roles, and Lou Scheimer, one of the producers at the now defunct Filmation studio (1962-89) did voiceovers for plenty of different characters in his time. Mainly because this was how they saved on budgets, in contrast to most Japanese animation, where the illustrations are far better, as Japan’s industry is willing to take risks US producers aren’t (let’s also consider how, in contrast to Japan, few cartoons in the west, even today, are marketed for more than just children). If the Simpsons producers can’t afford more than one or two new hires, it makes the whole agenda ever more farcical.

Rather than going down this intellectual cul-de-sac, “The Simpsons” and other animated shows would have served themselves far better by continuing their prior efforts to increase diversity among the actors they hire. Variety notes that over the past few years, the show has hired Kevin Michael Richardson, an African American known for his work on “The Cleveland Show,” for a variety of roles.

Having done the right thing over the past few years, “The Simpsons” now appears to have jumped the proverbial shark. Hiring actors from under-represented groups — whether individuals of color or other social backgrounds — naturally represents a laudable movement towards inclusion and diversity. But setting hard-and-fast rules, or recasting long-standing characters just to meet rapidly changing social mores, just looks like pandering.

And in many ways, this appears to be the direction Marvel’s going in with MOKF. All at the expense of the past creators who did hard work to bring Shang Chi about in the first place, with the worst part being that Starlin’s sold out to PC along the way, making it easier to perform all this PC-pandering. I have no idea about the movie’s prospects, if it ever comes out, what with the Covid pandemic still an issue. But I do know the comic’s prospects don’t look very high in terms of sales, even as the MSM will do their very best to make it look like it’s all selling like hotcakes. So the WaPo’s fawning article isn’t signifying much of anything, and neither are the Simpsons producers’ PC panderings.