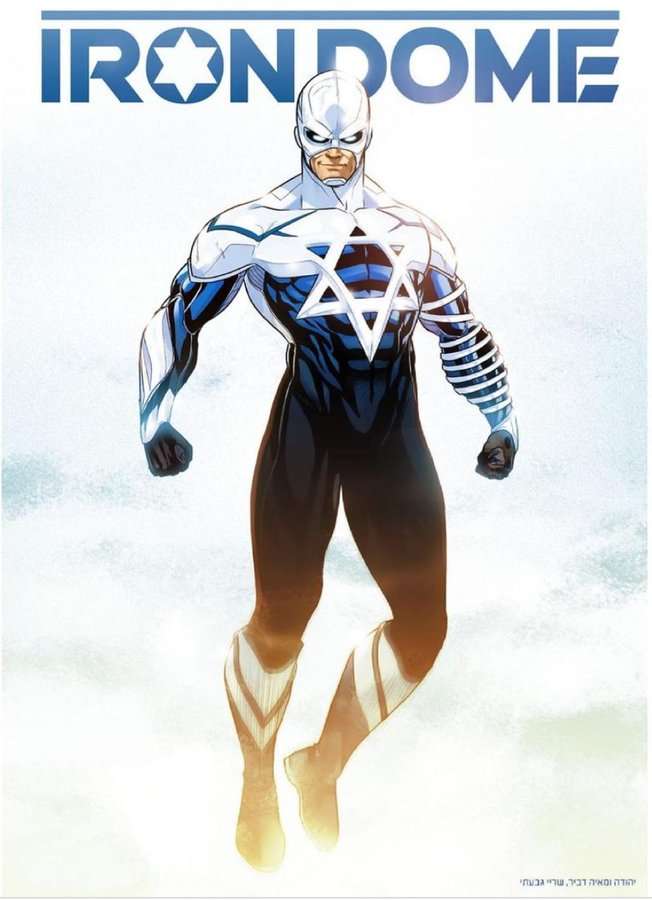 The Daily Dot, a left-wing publication, took notice of a superhero-themed illustration commissioned by Israeli actress Sarai Givaty from artists Yehuda & Maya Devir, and advertised here by the Los Angeles-based Stand With Us movement, that’s named Iron Dome, after the military device the IDF uses to protect against rockets fired by Hamas from the Gaza strip. As seen here:

But what does the Dot writer say about this?

The Instagram post expressed a desire to help explain elements of war to her children—particularly the booming sounds they heard during recent skirmishes involving Israel and Palestinian militant group Hamas. She then remembered the movie Life is Beautiful and aimed to take a similar tactic in dispelling fear through storytelling.

“So I told the kids that we have a superhero named Iron Dome,” she noted, “who guards us and intercepts the missiles of the bad guys in the air so every time they hear a boom he actually managed to intercept them and then their smiles came back.”

Well is there anything wrong with her storytelling ideas, if that’s what the news site is implying? What’s atrocious, if anything, is their refusal to regard Hamas as terrorists, going instead with the PC term “militants”. Another issue is the approach they take to pointing out the obnoxious backlash by antisemites, refusing to acknowledge that’s what it is. There were at least a few other sites that spoke about this, and they weren’t much better.

I think Givaty had a flattering idea here, and strongly encourage others who’re realists to give some backing to the people who commissioned this artwork.

The “they only have one joke” crowd being NPC’s. Nice death threat to Kevin Feige, btw. So tolerant. pic.twitter.com/8GNzkfmR7r

Niggas arch nemesis is a Palestinian child with a rock https://t.co/Fx0vbd3AYd

this mf straight up look like a super villain LOL https://t.co/j31fj2RBwH

Exactly what I thought lol 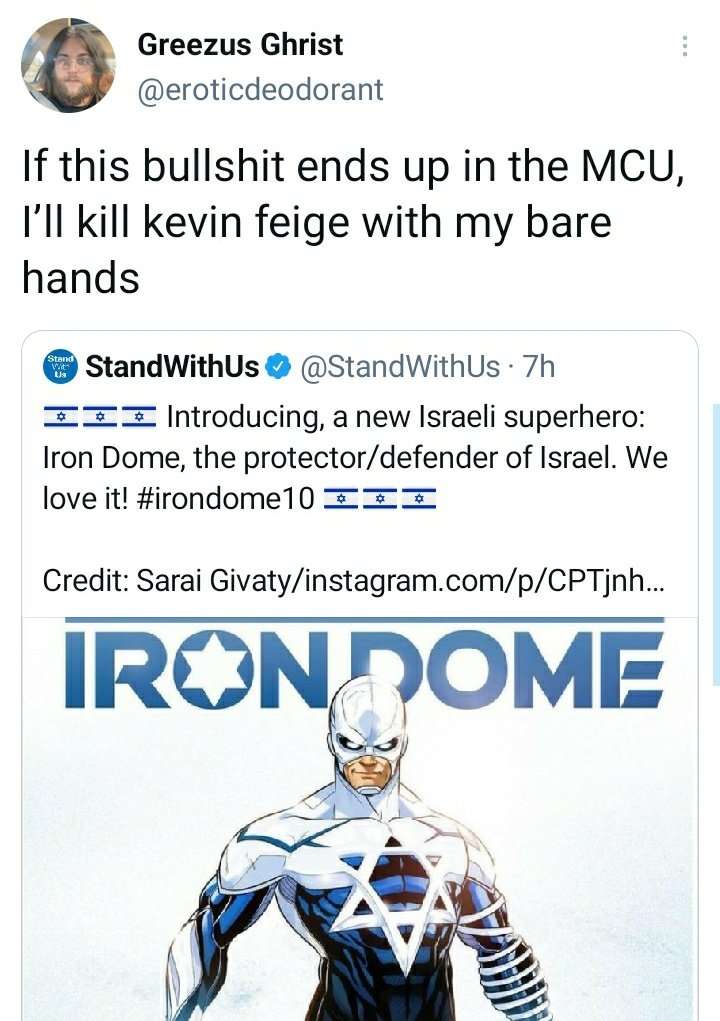 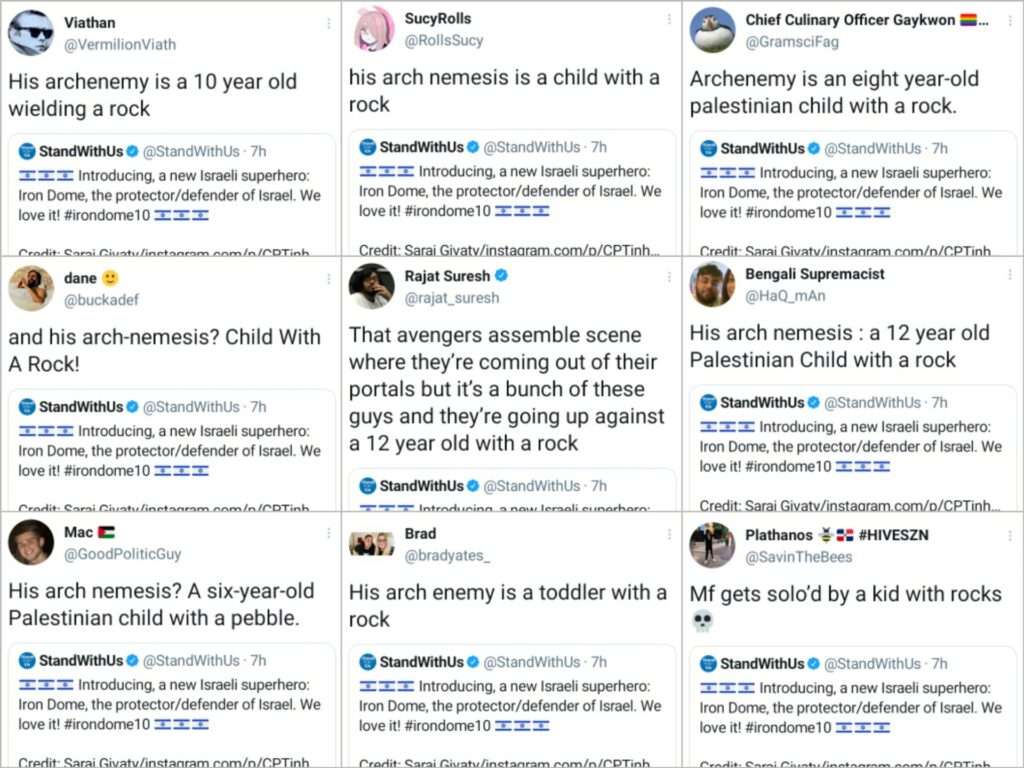 What do you think? Can Israel not have a national superhero like Captain Canuck or Captain America or Captain Britain?