This story is originally from Cosmic Book News, and above is a video by Douglas Ernst describing what he found when researching the work of Bisha K. Ali, the would-be comedian hired as a producer for Marvel Studios’ planned TV series based on the Muslim Ms. Marvel in publication since 2012, which is clearly continuing publication entirely for propaganda and virtue-signaling. As explained, what’s happened was:

Following in the footsteps of James Gunn, Rian Johnson and others, Bisha K. Ali has deleted thousands of tweets of her own.

“What the heck is going on here?” questioned Ernst. “Then I go on YouTube and find out she is a raging feminist, has all sorts of podcasts. There was one I was looking into yesterday, she was telling stories about how she was this heroic feminist, standing up to the white men because they were at a comedy club and this particular comedian was telling jokes she didn’t like, so she had to blow up on him and start swearing at him, and that just made her day, that made her week.”

Ernst further points out that one of the tweets from Bisha K. Ali’s Twitter accounts says, “I am so TIRED of the 5 million podcasts hosted by all white men who snigger over how immature they are.” As noted, since the tweets are protected (they can show on Google search), it is unclear if the tweets contain Ali’s words or another Twitter user, but apparently, she happens to be attracting these sorts of similar-minded people.

“I would love to know why is this all down the memory hole,” Ernst questions, again referencing the fact that Bisha K. Ali’s tweets are protected and that she has deleted thousands of tweets.

Everyone with sense would like to know. This sounds like a very reprehensible, perverse woman who’s carrying on an anti-white narrative that’s become a disturbing trend on the left in the past decade, and should be put to bed already.

This should be enough to have Ali dismissed from the show’s staff, or better yet, cancel the project altogether. But Disney probably won’t, seeing how they rehired James Gunn despite his own repulsive history of horrific jokes online. It’s long gotten to the point where corporations won’t take any responsibility for whom they employ.

Update: and since we’re on the subject of Ms. Marvel, her creator Sana Amanat (along with G. Willow Wilson),  has been posting more atrocious political tweets like the following: 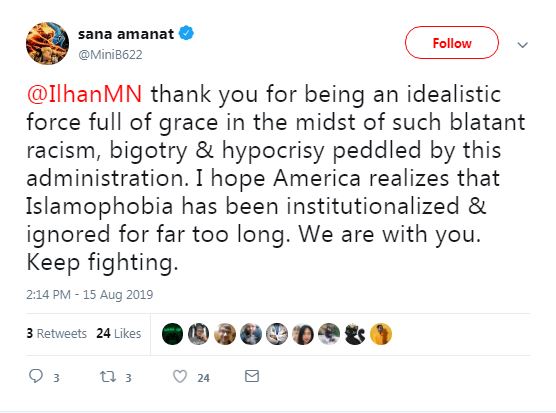 More about this can be found over on Bounding Into Comics. And Sana Amanat’s got no issues with Ilhan Omar’s affair with a married Democrat named Tim Mynett, nor the disturbing antisemitism Omar’s already gained notoreity for, which Alabama Republicans now want her expelled from Congress for. Alas, no chance Disney will take disciplinary action against Amanat either. 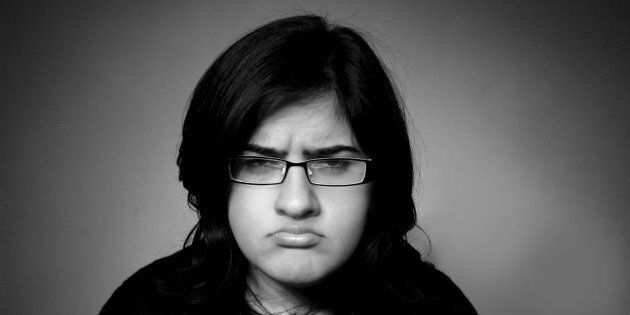