NBC Milks ‘Dr. Seuss’ The Grinch’ With an Upcoming Musical

Deadline reports that NBC will air a two-hour production of Dr. Seuss’ The Grinch Musical! on December 9.

Staged at the Troubadour Theatre in London, the musical production will star Glee‘s Matthew Morrison as the small-hearted Grinch and Denis O’Hare as his hapless mutt Max (with Descendants 3’s Booboo Stewart as the younger Max. 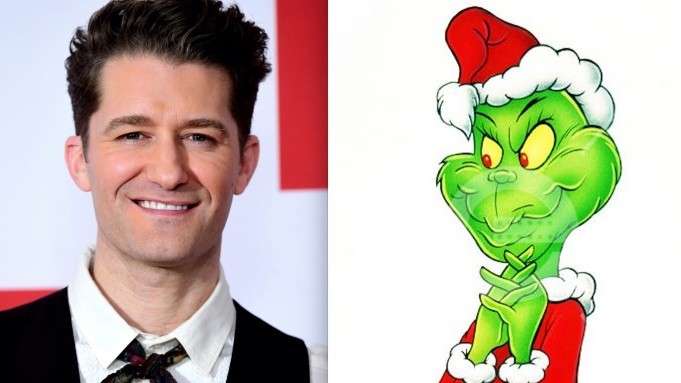 “In what has been an extremely challenging year for us all,” Morrison said, “it is an honor to bring some holiday cheer into viewers’ homes this December. My wish is to bring some Who-ville magic to this holiday season and, while the pandemic presents some challenges in bringing a stage production to life, we are excited to present a unique version of this seasonal favorite in a new creative and imaginative way.”

The musical, with book and lyrics by Tim Mason and music by Mel Marvin and featuring the hit songs “You’re a Mean One, Mr. Grinch” and “Welcome Christmas” (by Albert Hague & Dr. Seuss) played on Broadway during the holiday seasons of 2006 and 2007.

In the NBC version, the Cindy-Lou Who character will be played by young newcomer Amelia Minto. Producers have also assembled an ensemble of musical theater actors from London’s West End to complete the cast.

Dr. Seuss’ The Grinch Musical! will air on NBC Dec. 9 at 8 p.m. ET/PT from the Troubadour Theatre in London.