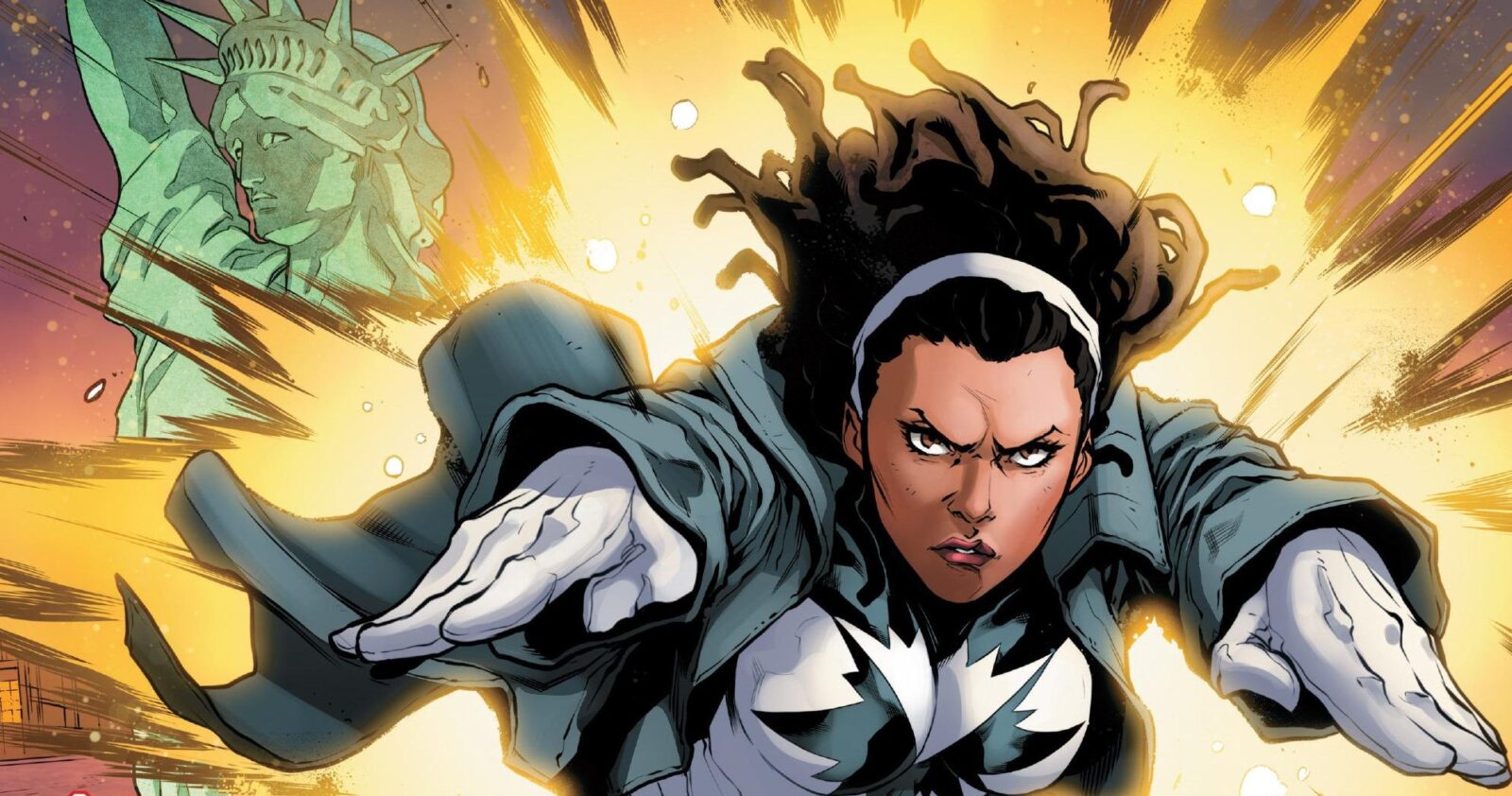 Wow, as though it weren’t bad enough that one paper wrote a puff piece about the Captain Marvel movie, now another, the Bristol Herald Courier, is writing one belittling the 2nd protagonist to take the Captain Marvel mantle, and come to think of it, the 3rd and 4th one too:

So Marvel created another Captain Marvel in 1982: Monica Rambeau, a police lieutenant in the New Orleans harbor patrol. Able to transform herself into any kind of energy, Rambeau has been poorly used in comics, ceding the name Captain Marvel in the ‘90s and taking in succession the names Photon, Pulsar and Spectrum before more or less fading into comic book limbo. (A character named Monica Rambeau will appear in the “Captain Marvel” movie, so she’s got that going for her.)

And to whom did Monica cede the legendary name? Why Genis-Vell, Mar-Vell’s formerly unknown biological son. Despite the blood connection, though, he didn’t last in the role either, taking the name Photon (again, from the hapless Monica Rambeau) before dying, being dismembered and having his parts spread throughout the Darkforce Dimension so they can never be reunited. (It’s true that no one is ever really dead in comics, but this comes pretty darn close.)

Did I mention Genis had a sister? He did, and his sibling Phyla-Vell also became Captain Marvel for a spell, before changing her name to Quasar, then Martyr, and apparently dying (although we’ve seen her soul in an infinity stone, so don’t count her out).

My my, the insults to the intellect never cease, do they? Monica’s use in the Avengers during the 80’s when Roger Stern was at the helm was a great moment in history, and just because later writers dropped her as a co-star doesn’t change that. This is something only somebody who’s not a comics fan could possibly say. Predictably, no complaints are raised about the mistreatment of Genis-Vell and Phyla-Vell either, I see. Those nasty character executions, IIRC, took place in the late 2000’s, and only demonstrate what’s wrong with corporate-owned media.

Carol Danvers is also mentioned, of course, and what’s said about her is also pretty stupid:

But she didn’t get the name right away. She surfaced as a superhero in 1977 with her own comic book and Captain Marvel-related super-powers. Unfortunately, Mar-Vell wasn’t dead yet, so she settled on the name Ms. Marvel. Various adventures saw her changing her name again and again, but “Captain Marvel” was never available when she did. She become Binary, then Warbird, then Ms. Marvel again.

Finally, in 2012 she was again ready to change her name, and nobody was using “Captain Marvel.” So now she’s got it. Whew!

So it’s “good” she’s got it and not Monica? Man, this is just so stupid, and it sounds like the writer’s saying Mar-Vell should’ve been thrown under the bus long ago just so Carol or anybody the company chooses could take up the name, as though it simply had to be passed on or some other mumbo-jumbo. IMO, it’d be better to complain about some characters using too many different codenames, or too many different characters taking up said mantles. Besides, Carol didn’t settle on the original name she was given, the writers and artists did!

And this is another article whose cynical structure only compounds my discouragement at seeing the new Captain Marvel movie, what with all the poor PR it’s been experiencing via its stars. I’d rather read all the old comics from the Bronze Age instead.