We’ve talked about adaptations of fiction so far, but I want to take this third thread on movies based on history. Now, I see this falling into two categories: Historical Fiction and History. One should receive a lot more leeway than the other in terms of keeping to historical fact.

Before we continue, though, I should clarify how I see history and movies: I don’t believe much of what I see in movies in terms of real history. If I want to learn history, I’ll read a book. It’s hard enough to trust well-researched scholarly material on events that happened hundreds, even thousands of years ago. My trust level for history in movies is pretty low to start.

The idea behind historical fiction is to tell make believe stories in a real world environment in the past. Books and movies like Gone with the Wind, I, Claudius, and The Girl with a Pearl Earring are all examples of either creating fictional people and placing them in real context, or fictionalizing accounts of real people. None of these are presented as fact or history, but as entertainment first and foremost.

They use real people and real places to tell interesting stories. Departure from literal historical fact in such works is often excusable specifically because of that. I would even classify something fantastical like Jonathan Strange and Mr. Norell as historical fiction despite it being about magic in the Napoleonic Wars.

A movie example would be Kingdom of Heaven. Many of the characters were real people along with the battles and places, but the characters usually have little to do with the real people (Guy de Lusignan was apparently a fairly good king who ruled for a few years, not a terrible king who ruled for a few weeks), but since the movie is historical fiction, there’s less of a need to be bound by those facts in the need to tell a story.

The Seventh Seal is another example. Knights, even those returning from the Crusades, probably wouldn’t have had the deep existential crisis that the knight has in the movie. It’s Ingmar Bergman working through his modern questions in historical garb. The fact that knights wouldn’t ask those questions (most likely) doesn’t diminish the film’s greatness. 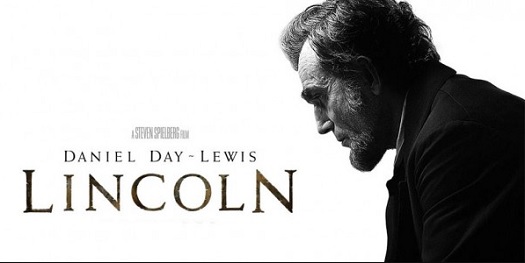 This is what I really wanted to talk about.

The point about movies that purport to deal straight with history isn’t with the main characters, or even the major events, but the smaller details.

As I’ve said before, I don’t go to the movies to learn about history. If I want to learn about history, I’ll crack open a book, but when a movie makes an effort to deal with real history and gets certain small details wrong, it gets to me. I don’t mean the anachronisms of a flint lock rifle appearing in a movie set 20 years before flint locks were even invented (although I could imagine that as getting annoying to someone with historical knowledge of guns), but changes to history that end up maligning real people. The example I have in mind is in the movie Lincoln.

I really like Lincoln. It’s far from Steven Spielberg’s best movie, but it’s surprisingly engaging for a dramatic retelling of the passage of the 13th Amendment. It obviously doesn’t get everything right, but it seems to capture Abraham Lincoln’s mannerisms with about as much precision as possible. It’s when the votes in the House of Representatives are called for, though, that the change in history goes from acceptable to unacceptable. They changed who voted for and who voted against the Amendment.

In the movie, 2 of Connecticut’s 4 Representatives vote against the Amendment while, in real life, all 4 voted for it.

Now, I know that I’m not holding a consistent standard here. I should shrug it off, say “dramatic license” and “I don’t go to movies for history”, and move on, but I can’t in this instance, and it’s actually for something outside of the movie (breaking another rule of my own, am I?). Tony Kushner maligned 2 men, who very likely felt incredible pressure to vote against the Amendment, as voting against it. I’m not from Connecticut, and I’ve never been to Connecticut. I have no ties to the state, but this just feels like a departure from history that should not have happened.

Kushner explains it as an effort to build suspense. But if you go back to look at the scene, I don’t think the explanation works. Connecticut is the first state to be called (which isn’t how it happened, but whatever), and 2 men vote no. It’s the very opening of the scene. As the scene progresses, we only see about twenty votes cast out of just under two hundred. The drama of the moment is actually pretty artificial because we don’t know the totals, and we’re following along with Mary Todd Lincoln in the gallery (who wasn’t actually there) as she writes how many more votes are required to win. In some ways the scene is the centerpiece of the movie but also one of its least effective moments due to the affectation of the tension. All in which to say: Changing the vote totals was unnecessary and the excuse is bogus. 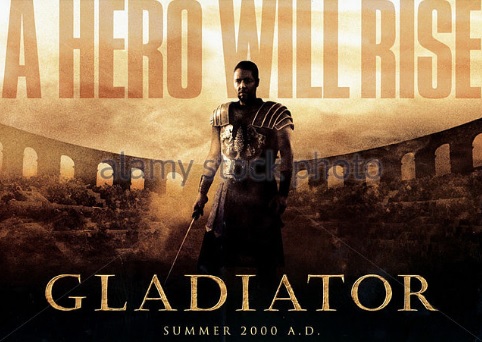 I still give wide berth to artists to make whatever stories they want. They can mangle history all they want for all I care as long as the story is good. To go on a quick final tangent, let me bring up the movie Gladiator.

I was fifteen when this movie came out and I loved it. As the years have gone by, I’ve grown much less fond of the film despite being a Ridley Scott fanboi (yes,…I do genuinely love Prometheus). I find it self-serious to a fault, slow, and a little stilted. My dad, though, has never liked the movie, and he’s always attributed his dislike to the movie’s lack of historical accuracy. For example, “Commodus didn’t die like that,” or “No Spaniard would ever become a general in the Roman army” (I’ve no idea if that’s actually true or not…I have the feeling that he may have bene reaching). As my opinion of the movie has cooled over the years, his has remained solidly against the film.

Finally, I said to him, “Gladiator has a lot of problems, its inability to get history right is the least of them.”