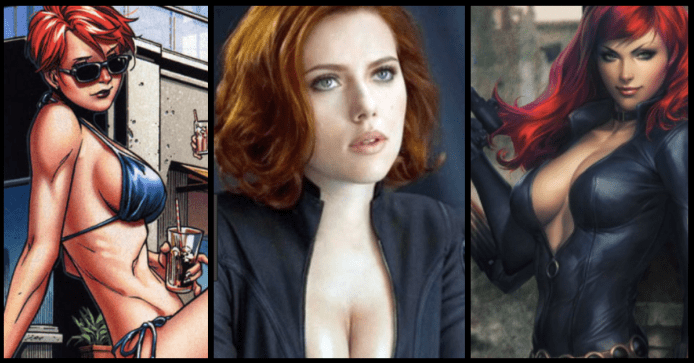 In this sugary Captain Comics column on the Indiana Gazette, he says the following about Natasha Romanoff:

In recent press interviews, star Scarlett Johansson discussed how Romanova — going by “Natalie Rushman” — was just a sex object in her introduction in “Iron Man 2” (2010) before growing as a character. The 2010 Black Widow was so hypersexualized, said Salon.com’s Melanie McFarland, that she was “some version of a honey trap.”

That was how the character started in the comics, too. 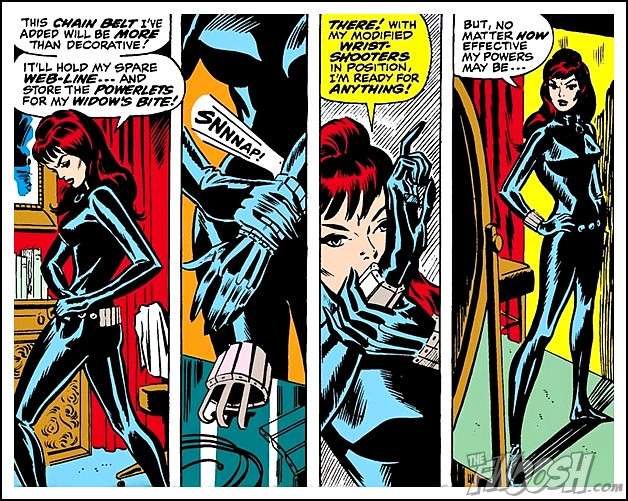 When “Madame Natasha” was introduced in the “Iron Man” strip way back in 1964, she wasn’t just a version of a honey trap. She was sent from the Soviet Union to seduce Tony Stark, dressed to kill (literally) in a tight green evening gown, short black hair, opera gloves, a fur stole and, of course, a veil.

“What a beauty she is!” thinks the smitten Stark, who is fooled right up to the climax of the story, because he is a shallow horndog. She even weasels back on his arm in the very next issue, despite betraying him in the previous one.

Is there something wrong with Stan Lee creating her as such, even if during the 60s, as they didn’t always present their female characters as noticeably sexy as this article would confusingly have you believe? In their reprehensible mindsets, alas, this is. Interestingly enough, it also notes:

Black Widow and Daredevil are asked to join the Avengers in 1973. DD declines (he would join several decades later), but BW jumps at the chance. 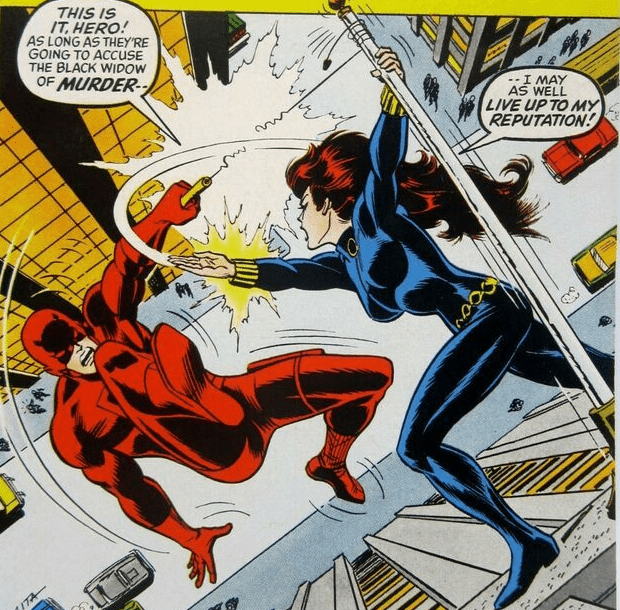 If they’re referencing the past decade or so, the problem with DD joining the Avengers much too late is that it was at a time when terrible writers like Brian Bendis drove Marvel into the ground on an artistic level. The puff piece also brings up how, since the turn of the century, Natasha’s canon has been retconned at the expense of at least a few characters and elements:

8. She has a complicated past

A character who’s been around as long as Black Widow often ends up with more than one origin — if, for no other reason, to explain how they’ve been around for so long.

The first we heard of Natalia’s past, she was a ballerina with the Bolshoi whose husband, Alexei Shostakov, was a Russian test pilot whose death she was trying to honor by turning spy. Turns out that wasn’t true.

In 1972, a new origin established that baby Nat’s dying mother threw her out of the window of a burning building in 1942 Stalingrad, into the arms of a soldier named Ivan Petrovitch, who raised her as a spy. Turns out that wasn’t true, either.

Starting in the late ‘90s, various miniseries revealed that she was raised in the Red Room, which used drugs and psycho-conditioning to implant a couple of fake backgrounds (thus explaining the earlier origins). She also received pheromonal inhibitors (like in the movie), performance-enhancing drugs and some sort of treatment that has allowed her to stay young and gorgeous for umpty-ump years.

Umm, I think it was more around 2004 when this was “revealed”, which here evidently takes the place of “retconned”. So don’t say it “wasn’t true”, because even the earlier renditions co-starring Ivan weren’t “true”, since both are fictional characters, and one paid the price for political correctness, much like the recent retconning of Scarlet Witch and Quicksilver’s mutancy and fathering by Magneto. 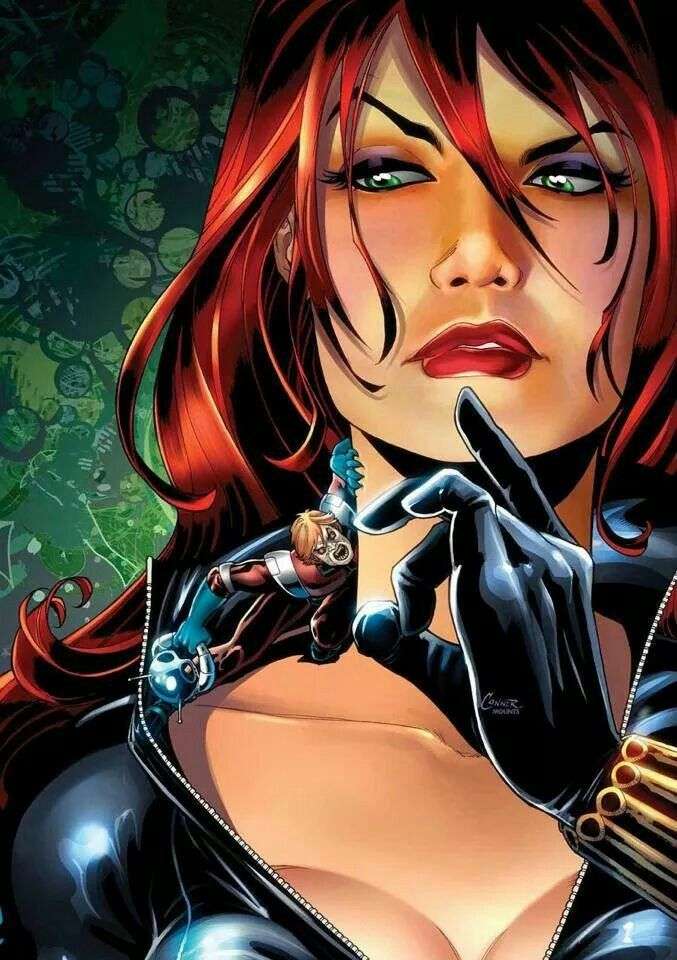 And finally, in an addition of insult to injury, the following is noted:

Romanova died in the 2017 “Secret Empire” story, an event too long and tedious to get into here. But of course she got better.

After “Secret Empire” ended, the Widow was cloned, with all of her memories (somehow) downloaded into her (new) brain. So it’s like she never died.

So could the currently dead Black Widow of the movies return the same way? I don’t know … but you can bet Marvel Studios mastermind Kevin Feige has read that story. 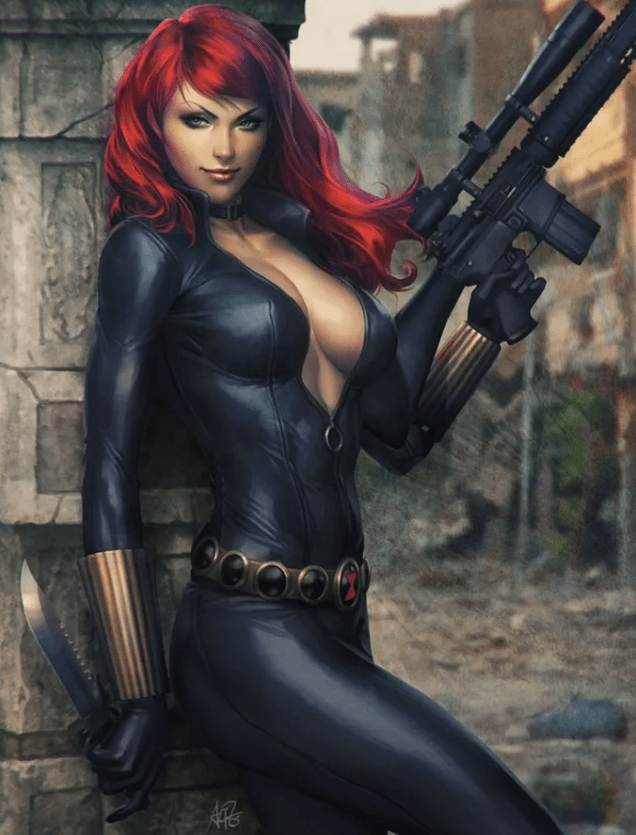 I’m sure the only stories he’s read are the newest, most PC, and most cynical of all. Secret Empire was the story turning Captain America into a Hydra-Nazi, yet the article remains very non-committal about it, making no effort to point out what a bad story it truly was, nor why following such a terrible storyline in the movies would be a mistake. Assuming of course, there’ll be any more Black Widow movies, which might not happen if the current one isn’t faring well enough at the box office. Natasha Romanova deserves far better than what’s been written in the past two decades.