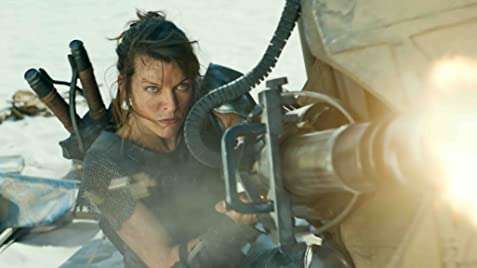 The Paul SW Anderson directed film, Monster Hunter, has been pulled from theaters in China after an online backlash began to grow involving a racially offensive scene in the film. The game adaptation stars Milla Jovovich and features Asian-American actor/rapper Jin Au-Yeung (MC Jin) who delivers the line in question. In a 10-second long scene the actor says: “Look at my knees. What kind of knees are these? Chinese.” This ties into a racist playground rhyme that was used to taunt Asian children.

Reports say that the local subtitles make the situation even worse and caused patrons to complain and take to social media. The Chinese market was considered one of the largest for this film and could really hurt it’s overall numbers. The local distributor, Tencent, is said to be working with the government officials to remedy the situation. It’s unclear that, once the offensive scene is removed, if the film will be allowed to return to theaters. The film has made $5.3 million on Friday night and was expected to reach the mid-teens when it was suddenly pulled. It also opened in Taiwan, the Middle East and the Netherlands where it is meeting or exceeding sale expectations.

The film will be released in the United States on December 25th.