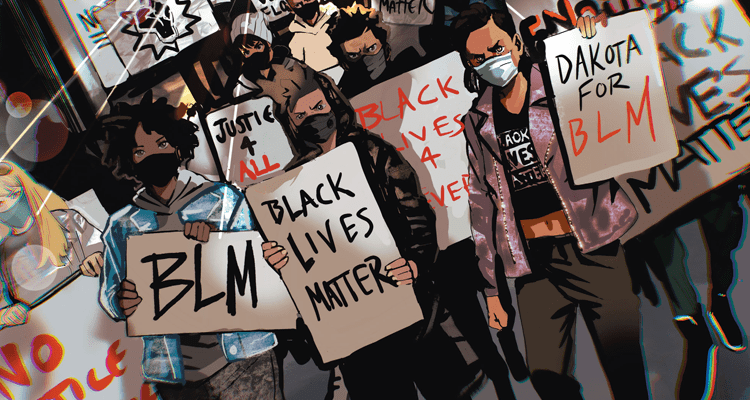 Polygon says the characters from Dwayne McDuffie’s Milestone brand of the mid-90s have been brought back just so their origins can be changed to reflect Black Lives Matter ideology:

This week’s Milestone Returns #0 introduces audiences to the characters of Milestone’s new lineup, Static, Icon & Rocket, and Hardware — all available digitally or through a DC Universe Infinite subscription. But it’s been a while since the early ’90s, so The Big Bang, the gang battle/police crackdown that caused an explosion of superpowers among Dakota City’s youth, and turned Virgil into Static, has been reimagined for the modern age. How the creative team reworks the scenario is extremely timely, and compelling.

[…] The Big Bang, origin of all the superpowered Bang Babies, is now a Black Lives Matter protest — and one that mirrors the last year in IRL demonstrations. Just like the Big Bang of the ’90s, police arrive and fire tear gas laced with an experimental chemical that was supposed to help trace all participants to their homes afterward. Instead, it transforms hundreds of teens in unpredictable ways.

And if you’re wondering, no, this story doesn’t otherwise make reference to the coronavirus pandemic: Those face masks are a very deliberate, bold, and effective reference.

Well this sure is disappointing, but hardly a shock coming as it does from ideologues running the asylum, and even when Dan DiDio was still in charge, a lot of this dreck was already turning up. Maybe the most disappointing thing of all is that McDuffie may not have been opposed to it, recalling I once read over a decade ago about a story he contributed to a September 11 special DC published where what could be considered typical citizens of the US were depicted acting awful towards Islamists. Or something like that. If McDuffie was a leftist ideologue, that could dampen the impact of his creations. Even more telling is that there’s an award in his name dedicated to “diversity”. 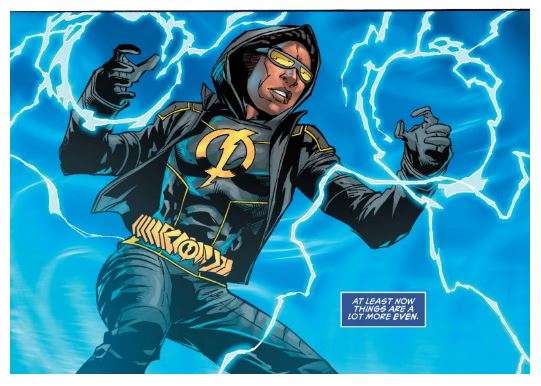 The original 90s material may not have been political per se, but this new material obviously is, and certainly doesn’t sound appealing when it takes on such Orwellian proportions, doubtlessly ignoring all the vandalism BLM and Antifa committed in Oregon and Washington. As I may have said before, DC’s collapse, if they’re on the way to that, can’t come soon enough.