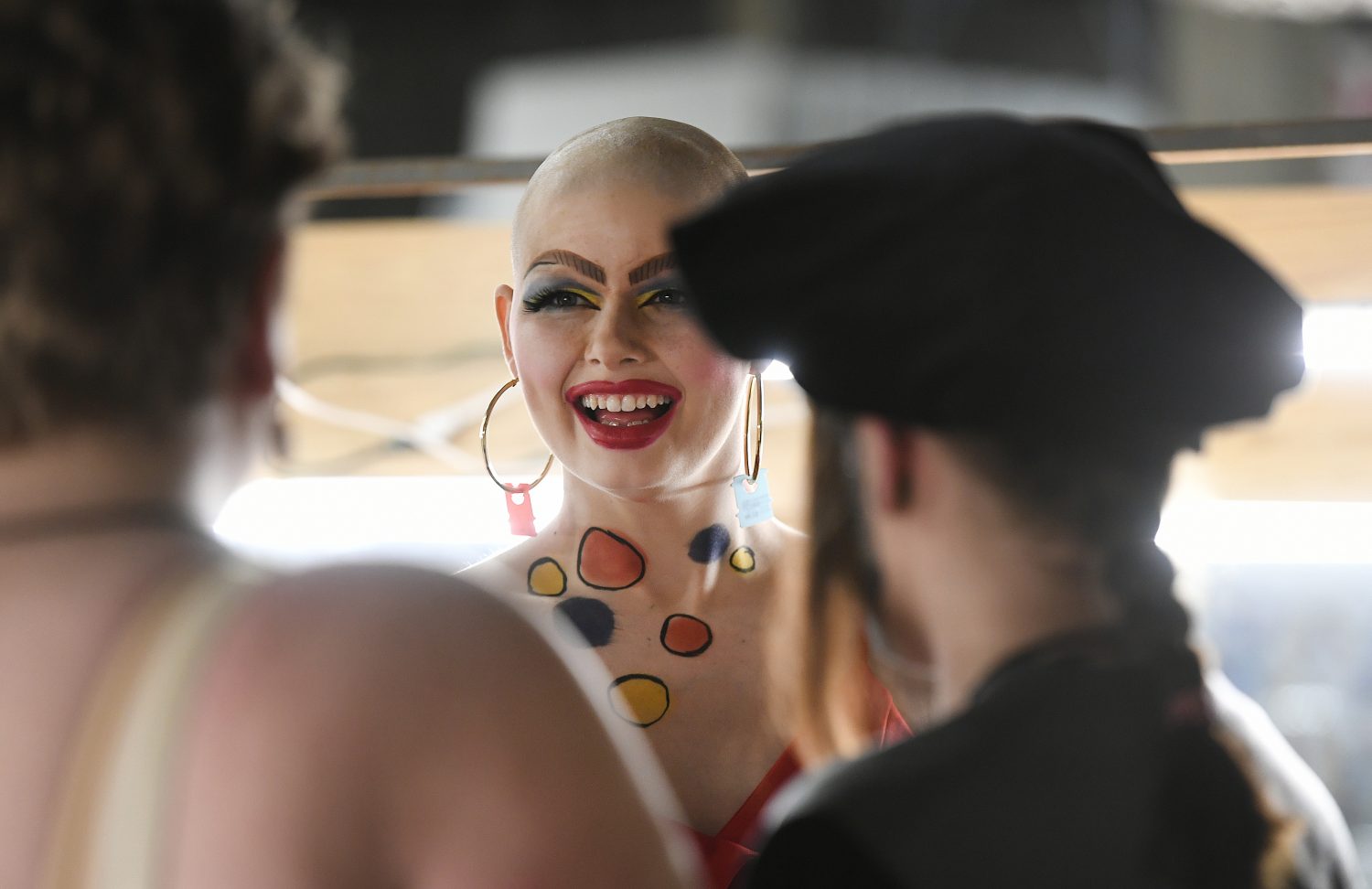 Meghan actually covered some of this story last spring.

The Denver Post’s written a whole article about the veteran Colorado comics retailer, Mile High Comics, holding a drag-queen show for “all-ages” at their city headquarters:

The weather report from Denver’s nationally unique Drag for All Ages, nearly a year into its turbulent run at Mile High Comics, is promising: The biggest storms seem to have passed. The rainbows linger.

The monthly event, which drew regular protests and media attention after its March 2019 debut, has settled into something of a groove for its hundreds of loyal attendees, performers and volunteers — mostly families with children — who use it as a safe space for unconventional modes of creative, artistic expression.

“One of the biggest things we’ve learned is the size of need for this,” said 26-year-old co-producer, host and Denver drag queen Jessica L’Whor — or Miss Jessica, as most here affectionately call her. “This show is not about drag and queer kids, necessarily, but we focus on them because they need it. It’s about discovering who you are and what you’re passionate about.”

And what’s that supposed to be? Some kind of coded dialogue for encouraging children to be, biologically, what they’re not? This is such an embarrassment, to learn this distributor, which has been around for decades, is now hosting propaganda and indoctrination at their Denver plant. And this in a state that’s legalized cannabis consumption.

Behind an elevated stage inside Mile High Comics hangs an array of colorful pride flags depicting symbols for different LGBTQ communities, flanked by a massive Lego figure and various superhero statues. Dozens of round tables and folding chairs are set up before it, populated with friends chatting over slices of donated pizza, cans of soda and cookies.

In the back, Pasha Eve sits at a table for the nonprofit Parasol Patrol, the volunteer group she co-founded to shield participants from the hateful noise and imagery they endured at most shows in 2019 while trying to enter 4600 Jason St. It was an odd scene to witness at this otherwise out-of-the-way industrial corner just off Interstate 70 at Pecos Street: cops, LGBTQ supporters and screaming protesters, all gathered under two-story tall banners emblazoned with Spider-Man and other comic-book heroes.

I think what’s really sad is, realistically, you couldn’t have expected Stan Lee to lament how his famous creations were being exploited for events like these, given how he never criticized Marvel’s own conduct when he was still alive, not even when Mary Jane Watson was marginalized by Joe Quesada for nearly a dozen years. In any case, I wouldn’t be shocked if Mile High set up this convention because they saw it as easy now that Stan the Man’s passed on. Which just shows what these establishment types really thought of him, seeing how they’re now exploiting his creations amidst propaganda. And Marvel presumably won’t be telling them to cut it out, will they? Nor will the Lego corporation in Denmark, I guess. The paper even villifies groups who protested their activities using the classically obvious descriptions:

“We bought ear protection and umbrellas out of our own pockets,” Eve said of the early days of the Parasol Patrol. “Eli, my partner, is a former Marine so he’s really good at organizing people. And we needed it, because the signs (the protesters) were bringing out were borderline pornographic, and the things they were saying were just vile and vicious.”

From a peak of about 100 monthly protesters — a collection of religious extremists, Proud Boys, white supremacists and others — and nearly as many police officers, the protesters have dwindled to a half-dozen or so. Meanwhile, the Parasol Patrol has gone national, organizing ad-hoc and online chapters to support drag-queen readings at libraries and LGBTQ student clubs across the country.

Concerns have been raised about these library atrocities in some conservative circles. But it’s almost funny how ideologues promoting a smutty concept could possibly have a problem with pornography, seeing how they normalize all this transvestite business for children. Would they approve of a priest frolicking with the children after reading a Bible story? Quite a peculiar double-standard, my my. And look how the DP goes out of their way to villify movements like the Proud Boys, all because anybody who dares have an opinion alien to theirs is nothing more than a white supremacist, and it makes little difference to them how the description doesn’t have much meaning today, other than as a stand-in for repellent profanity. 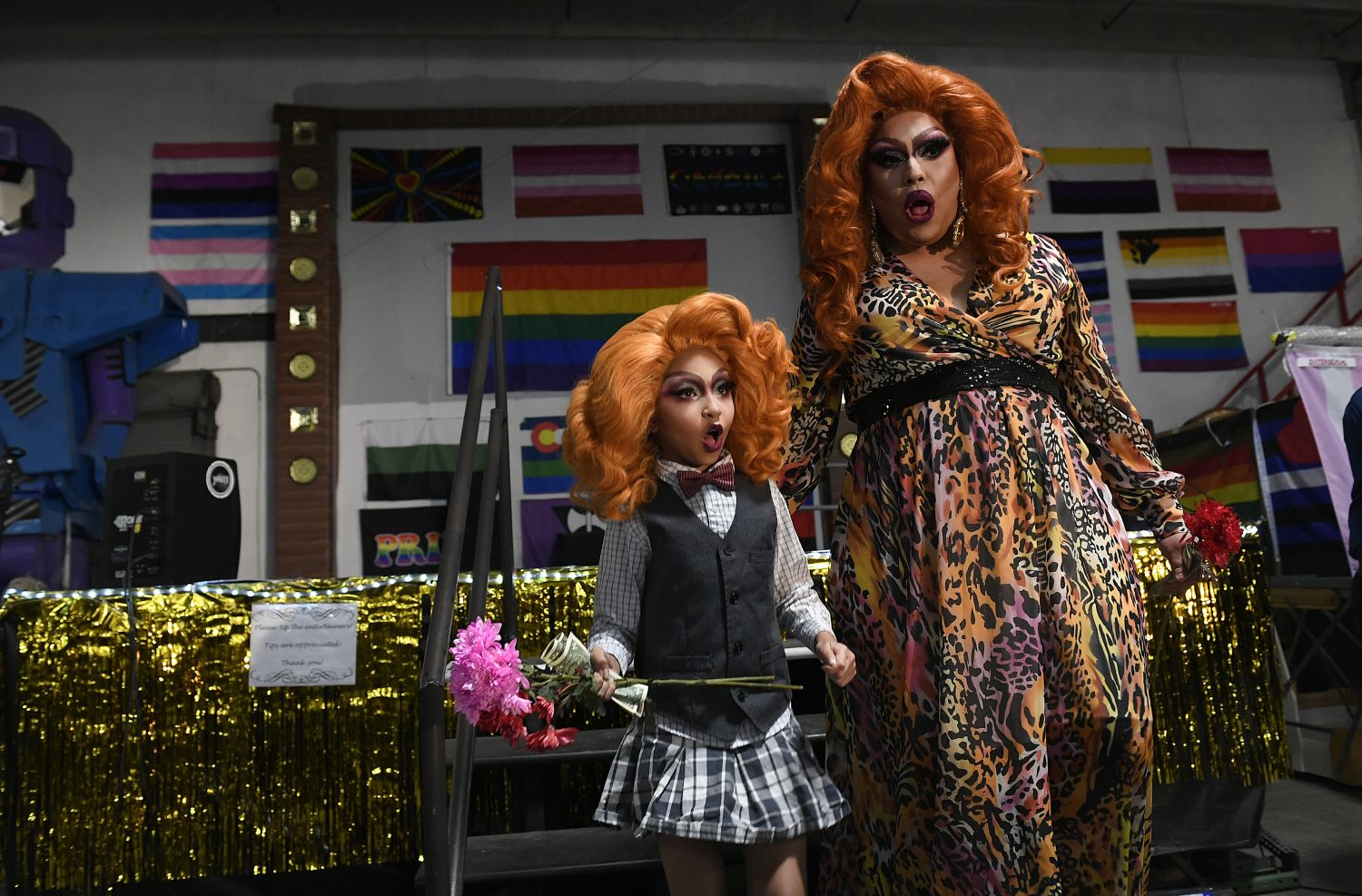 Bespectacled, soft-spoken 64-year-old Chuck Rozanski, who owns and operates the 45,000-square-foot Mile High Comics (the nation’s largest comic shop, he proudly adds), performs at each show as Bettie Pages, his drag queen persona. Rozanski’s financial and logistical support make the event possible, given that venues for all-ages drag events are difficult to come by.

“This is the only one that’s monthly in the country,” Miss Jessica said, “or anywhere else, that we know of.”

Until now, I had no idea how far to the left he was, and here’s more about his leftist activism:

Rozanski has been active in the Imperial Court of the Rocky Mountain Empire, the state’s oldest LGBTQ organization, for the last eight years, and represents Colorado at national conferences in San Francisco. Many longtime Mile High Comics customers first learned of his drag queen persona in February 2019 when Rozanski announced the Drag for All Ages shows.“I am an advocate for folks’ transgender rights and also for kids’ rights,” he told The Denver Post last year. “And so I’m working all the time to try to make sure young people get the opportunities that are currently being denied to them.”

Yes, because it’s just SO crucial they be indoctrinated, maybe even into believing a man pretending to be a woman should have the opportunity to assault women in Mixed Martial Arts tournaments, endanger them in bathrooms, and robbing them of scholarship chances in marathons at schools. That’s why, not only is this whole sick obsession basically a new form of sexism, it’s also a new form of blackface. 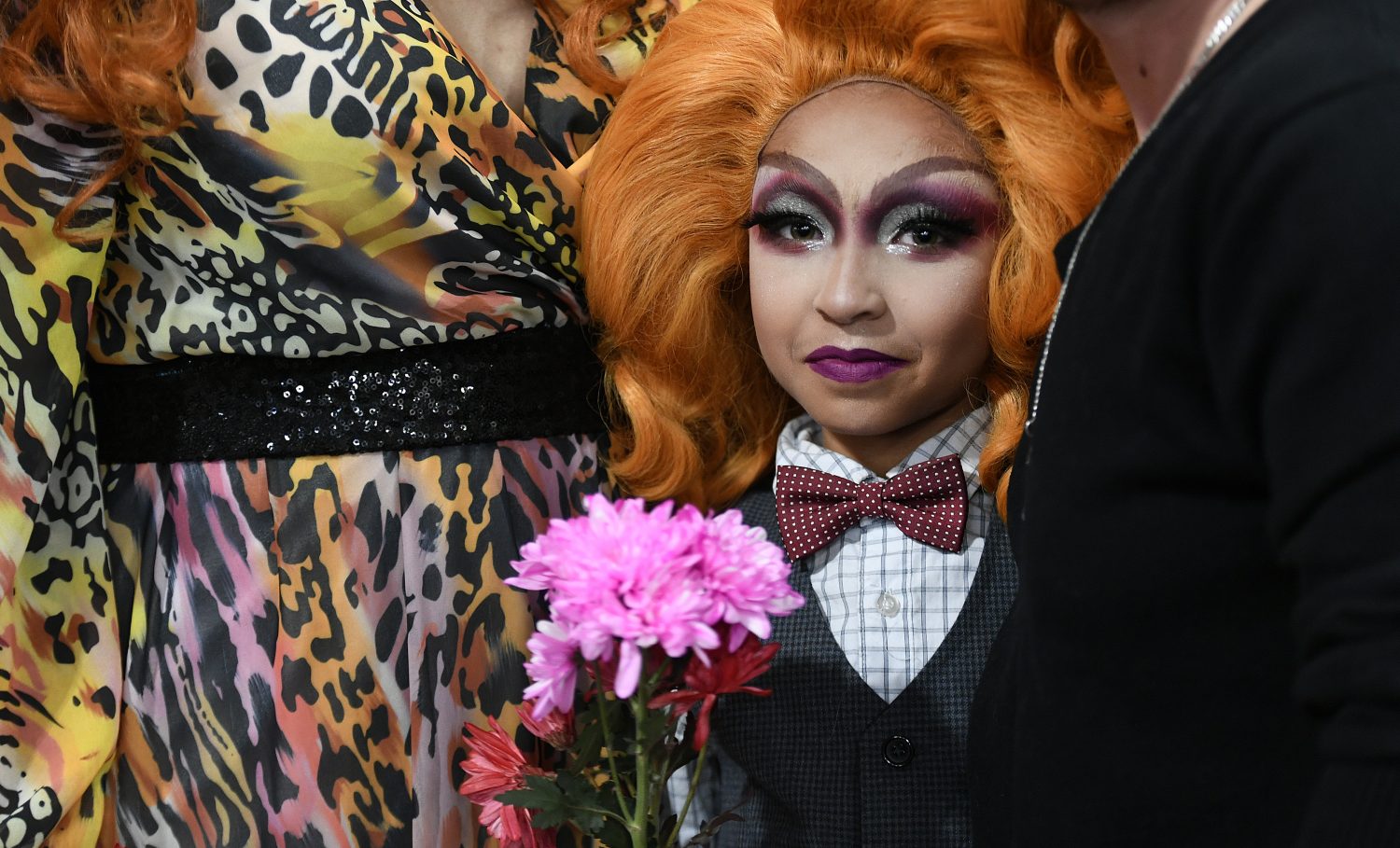 This is why the comics industry’s collapsing, as they, along with various other entertainment sources, go out of their way to support LGBT propaganda above all else, and doubtless many forms of socialism and anti-war sentiment along the way. I have old back issues of comics with advertisements from Mile High in their pages from the past 3-4 decades, and now it’ll be hard for me to look at those without thinking of just how disgracefully low their chairman’s stooped, all for the sake of what his company should be avoiding – divisive politics and virtue-signaling. I guess if there’s any distributor you shouldn’t buy comics through, it’s them. That way, your hard-earned money won’t go to financing this dismaying propaganda, backed as it is by newspapers with grossly leftist biases such as the DP’s got. A most regrettable shame they’re associating with these ideologies.