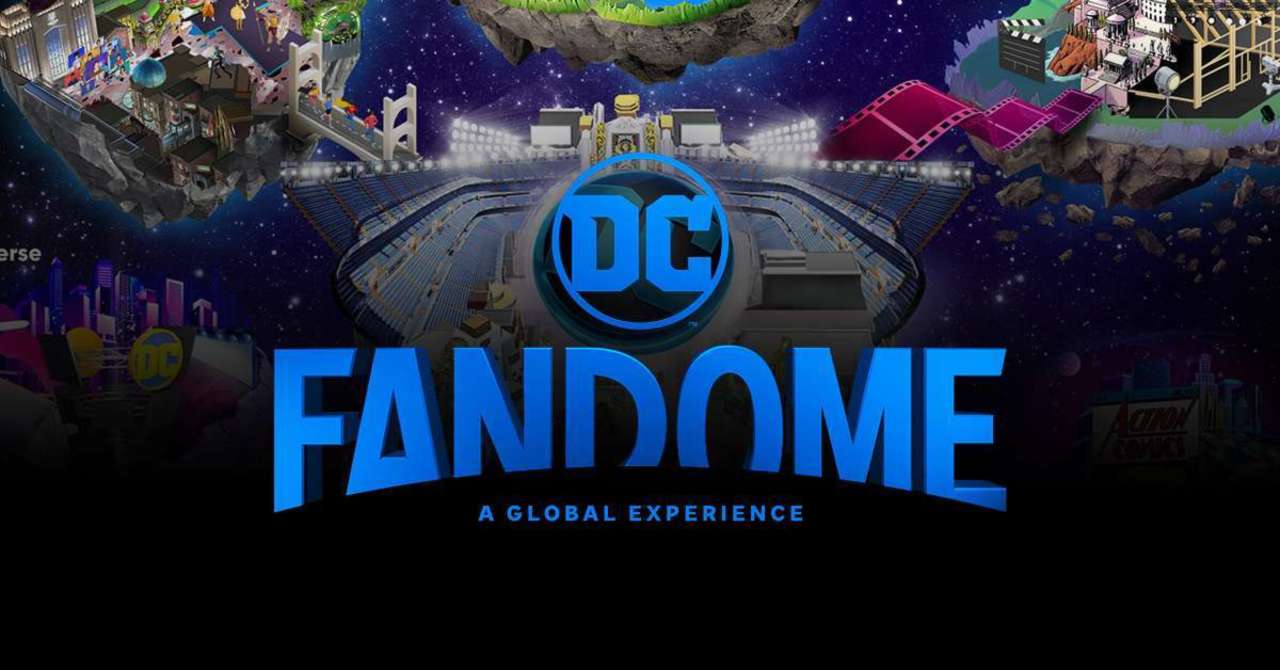 A columnist for the Daily Beast says he thought DC’s online convention, substituting for the physical, was big disappointment. He first begins by describing what it was like attending a convention affiliated with a specialty magazine that folded nearly a decade ago:

A few years back, I covered Wizard World East in downtown Philadelphia, one of several annual comic conventions in the roving franchise of the now-defunct Wizard magazine. As festivals go, it was fairly straightforward—a full floor in the Pennsylvania Convention Center packed with booths, novelty t-shirts, and a rotating cast of stars—nearly identical to the Wizard Worlds in a dozen other cities, or most major comic gatherings. Any charm stemmed from the event’s semi-chaotic idiosyncrasies: vendors peddling real katanas, as security confiscated fake ones downstairs; two dozen 14-year-olds dressed as slightly different versions of Spider-man; an Alex Jones-looking ventriloquist who never mentioned magic, but told jokes like, “I just ate a clownfish. It tasted funny.”

Since he brings up Wizard, which had tremendous faults when still in business, not the least being their knee-jerk approach to the Big Two (they were entirely on Joe Quesada’s side when he erased the Spider-marriage), what’s really galling to think about now is that, if they were still in publication, chances are very high they’d succumb to a sex-negative social justice agenda, and they’d be pushing for replacing established white heroes with POC and LGBT casts just as horribly as any other politically correct news source seen today. 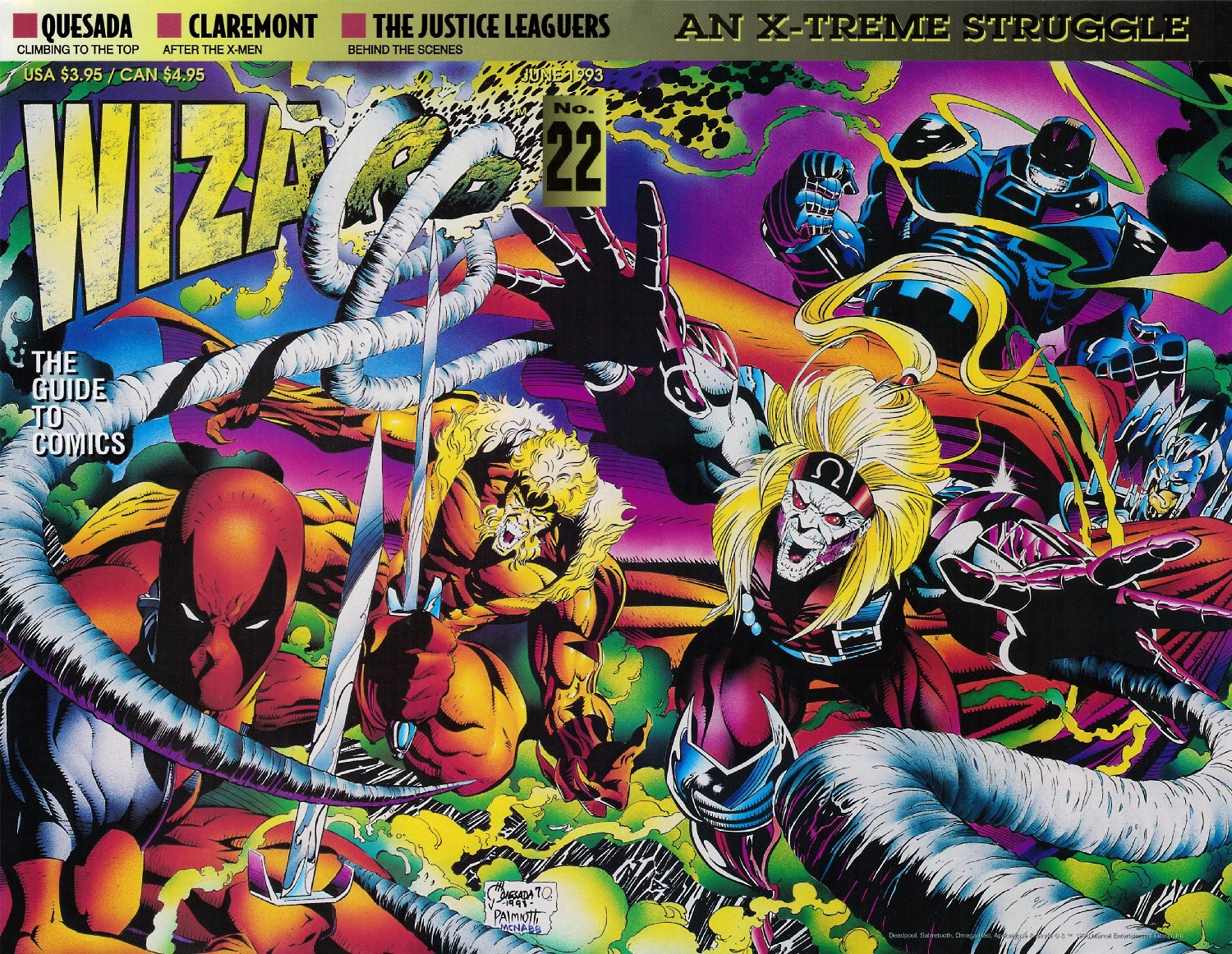 They may not have been as sex-negative in their approach as some of today’s news sites can be, but if Wizard’s staff could shamelessly claim Marvel would be laughing all the way to the bank after making Peter Parker do a deal with Mephisto to get Mary Jane Watson out of the picture, it’s a foregone conclusion they’d adapt all the PC tactics seen today, including the political ones (I don’t think they ever had any objections to turning Captain America into Blame-America propaganda after 9-11 either), and all without actually condemning jarring violence, sexism and misogyny becoming too rampant in entertainment.

The part about security personnel confiscating toy swords even as real ones are being sold on the upper floors actually confirms what a hypocritical joke some of these conventions were. Besides, while I can understand if they wouldn’t want real firearms brought to the cons, it doesn’t mean real blades should be either, and indeed, I think it’d be better if they weren’t. Now let’s see what they say about this whole Fan Dome production on the web:

The ethos of the original comic conventions—non-profit organizations created mainly for fans to meet their favorite creators—has long been overrun by the high-budget, corporate productions now held every year. But unlike the crowded melees where multiple universes convene, the Fan Dome focused on just one, lending it the air of an extended infomercial. In an unambiguous way, it was; the free event was peppered with promotions. In lieu of the standard spread of costumes, DC released a filter for Instagram, Facebook, and Snapchat, assigning attendees one of fourteen characters. Even the most basic expectation of a comic convention—in person interaction with writers—proved impossible, supplanted by a pre-recorded show, looping three times for different time zones. The monolithic corporate consistency zapped even the mildest serendipity from wherever it might have remained.

The stiltedness of the Fan Dome, of course, is not entirely its fault. Social distancing has turned the multi-billion dollar convention industry into a plotless redux of Snow Crash or Ready Player One. But if the Fan Dome felt singularly funereal, that’s because it was. Just 12 days before the convention aired, WarnerMedia announced massive layoffs across its companies, primarily in its DC arms. DC Comics was cut by a third; the majority of employees at the streaming service DC Universe were let go. The merch manufacturer DC Direct was killed off entirely. The steady stream of programming on Saturday resembled the New Yorker film critic Anthony Lane’s description of Suicide Squad: “more of a package, a conceptual wheeze, or a half-developed pitch than a plausible story.”

For anybody in the know over the last 20 years, this should be no surprise if the online convention was such a disappointment. When story merit collapses and they keep the IP around for little more than adapting to other mediums like films and games, what’s there to look forward to in an online convention any more than the real deal? That DC tolerated Eddie Berganza’s offenses for about 2 decades only compounds the discouragement.

There may be real conventions coming again in the following year, certainly as soon as vaccines and other medicines for treating Coronavirus are found. But if this serves as an example of where we’re at, it’s still going to be mighty disappointing even then.
Originally published here.