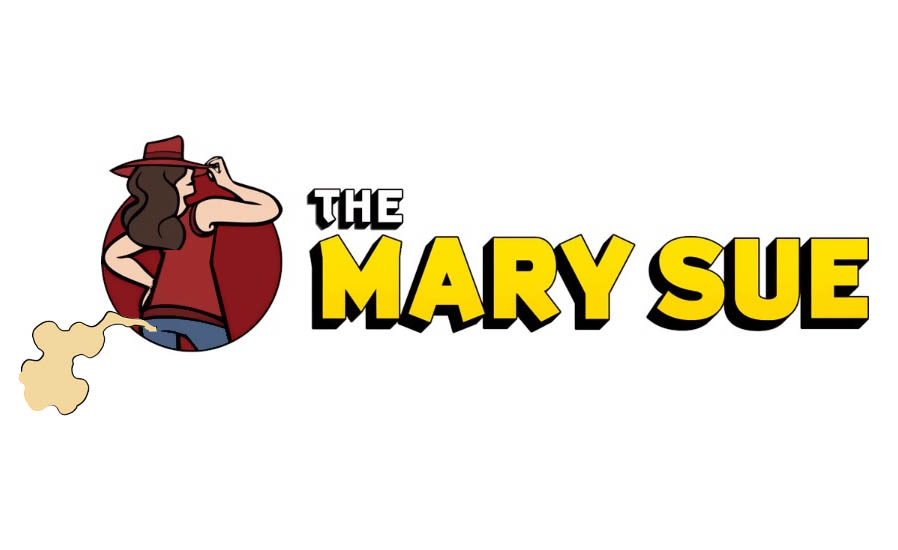 Here’s one of the dumbest articles I’ve ever seen on the laughably awful Mary Sue site, which complains about the lack of homosexuality in the cartoon series, yet the writer appears to be disturbed when heterosexual couples are in love:

The one thing the original seasons consistently dropped the ball on was LGBTQ+ representation. This struck me as sort of odd the whole time I was watching, as the rest of the show is fairly inclusive. It seemed almost to go out of its way to demonstrate heterosexuality in its protagonists as often as possible.

By the end of season one, there were two established heterosexual couples on the team, despite really very little chemistry between those involved. The remaining two characters were both boys, so suitable (read: female) partners had to be found for both, and they closed out the season each kissing a girl they barely knew. Because they’re straight, get it? Okay, just making sure. […]

The plot so far is intriguing and exciting, and we have gotten some fan favorite characters added to the team or showing up in cameos. It’s really good stuff so far, but I still found myself with that one pesky question: What’s with all the heterosexuality?

This comes pretty close to making it sound like heterosexuality is a bad thing. How atrocious indeed. So homosexuality is “normal”, but heterosexuality isn’t?!? Sigh. The way these propagandists go out of their way with the “alien culture routine” is denigrating to any sane person, and that’s why this dumb site is such a joke.

That’s not a new question for any media, really, and it’s one that mainstream media still seems to be afraid of. It’s easy to feel exploited for entertainment when most mainstream media that’s LGBTQ+ friendly is either a dramatic foray into gay trauma or a much easier RuPaul romp through reality television. There are middle-ground stories going untold, and queer people exist everywhere in culture, not just where it makes a story more interesting.

It would be refreshing to see that in superhero media, but executives insist that there isn’t any room for it. What few LGBTQ+-led comics there are get cancelled relatively quickly, and these characters’ sexualities get erased from their onscreen counterparts. It’s exhausting, and at this point, it’s just improbable. Remember that huge Young Justice cast I mentioned earlier? Some of them have to be gay; that’s just statistics.

There is only so much homosexuality on display in only so many media venues today, and I’m sure the writer’s aware of it too, but would rather erase everything in her pathetic display of dissatisfaction for the sake of it. She’s doubtless also aware these are fictional characters, and so her approach is nothing more than comedy gold, and a perfect example of what’s wrong with pop culture commentary today.

And on that note, check out this hilarious comment towards the end:

Given that it’s even hinting at a budding relationship between original series regular Artemis and the father of her niece (ew), at this point, I’m really just hoping for no further weird implications about the space bug and the semi-female, semi-sentient Martian spaceship. If Outsiders tries to sell me a heterosexual spaceship, I’m going to riot.

A spaceship?!? Seriously? Further proof the selfish, untalented commentator is far removed from reality, and doesn’t recognize the difference between living, organic humans and machinery any more than she does fictional figures from reality. Bounding Into Comics noted in response:

Peter apparently has never watched any of the Arrowverse shows on The CW at all. Many of the main characters in the Arrowverse are LGBTQ+. They include: Sara Lance, Nyssa al Ghul, Alex Danvers, Nia Nal, Curtis Holt aka Mr. Terrific, Leo Snart, Nora West-Allen, and Hartley Rathaway among others. And it’s not limited to these major players there are a number of minor characters that are LGBTQ+ as well.

In fact, the Arrowverse is actually introducing Batwoman as an LGBTQ+ lead in her own series played by Ruby Rose.

There definitely doesn’t appear to be an aversion from executives to include LGBTQ+ stories.

The leftist establishment’s practically been shoving this stuff down the audience’s collective throats for over 2 decades-plus now. Seriously, I’m sure she’s aware of that too, but her LGBT-obsessed ideology leads her to pretend otherwise.

But this information about the live action adaptations is telling. The Penguin’s homosexual?!? Along with the 2nd Mr. Terrific? Not in the comics they weren’t, as is noted in the following, and as anybody familiar with the early characterization of Montoya knows, she was not originally a lesbian, until Greg Rucka exploited her for the sake of it, because he’s too lazy and pretentious to create a new character to fill that role.

Many critics of recent LGBTQ+-led comics will point out that the comics treat the characters as tokens. Their identity is all the character, they don’t have any heart and are basically an empty shell. Readers just don’t relate to those types of characters and the sales figures show that; it’s why the books get cancelled.

And again, Montoya wasn’t a lesbian in her early renditions and the animated Batman series of the early 90s. Worst about the Mary Sue stupidity is that an agenda-pusher can’t and won’t enjoy the show for what it is, and, in the words of a commentor on BIC:

Heterophobia is a driving force of SJWism. Every time there is a new show or movie all you hear is that there better no romance between the male and female leads because they are pushing homosexuality.

This is what happens when universities smash all this propaganda into people’s heads, desensitize them to civilized values and just plain tilt them toward the abnormal in the grossest ways possible. As a result, you have all these poorly educated types going so far as to sexualize TV shows that’re usually aimed at children, proving what they really think of the better interests in the young generations.

And that’s why the whole notion an adult would spend so much time watching cartoons is all the more disturbing. It suggests we have here a whole generation of mental adolescents who simply never grew up any more than Peter Pan, and now, look what it’s led to: unfunny grown-up jokes.

The really sad thing is that, if this comment by a reader on the Mary Sue site says something, there’s still reason to worry about the Young Justice cartoon:

It’s really not aimed at younger audiences, though. There’s a disturbing amount of violence in the show now that’s it’s not restricted by a network. Halo’s “deaths” got progressively more gruesome, and we actually see Vic’s organs after the accident that leads to him becoming Cyborg.

And the writer of the boring piece had zero issues with that, if the above is accurate? Just shows you how desensitization to violence is one of the biggest problems with how people are raised, an issue that’s been around for a long time. What’s really annoying is that SJWs can actually use that as justification for forcing homosexuality into these cartoons, which, depending on how jarring the violence is, aren’t good for children. And the cartoon, as noted earlier, apparently changed Halo’s background for change’s sake. So I still don’t see what’s the use of a cartoon that’s still been put through the PC factory, and yet didn’t satisfy the social justice crowd for whom nothing is ever enough.