First, Marvel’s keeping on with their diversity-pandering with a LGBT special, as reported by Newsbusters:

In honor of pride month, which will, unfortunately, be upon us in just over three weeks, Marvel just announced that it will have a pride-themed edition of the acclaimed Marvel’s Voices podcast (created by Angélique Roché in 2018) that will attempt to highlight the voices of LGTBQIA+ artists and creators and the impact of several gay superheroes in the Marvel universe.

[…] It is truly disappointing that Marvel, a company that genuinely brought fans some of the most well-produced, intricately developed, visually pleasing, and genuinely inspiring superhero stories of the past 20 years is now selling out for this harmful ideology to cater to a small portion of America’s population. There is always hope that their business could suffer should audiences be displeased with this new initiative (like what happened when Disney), but only time will tell.

One more reason why it’s ill-advised to give them an audience, since they’re basically serving as an extension of Disney’s current agendas. Anybody with common sense who hasn’t seen the new Doctor Strange sequel at the movies would be strongly advised to avoid it, and of course, avoid the modern comics output to boot. 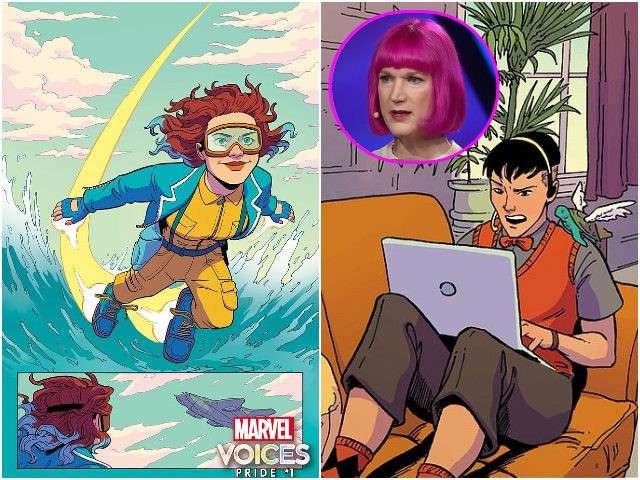 And on that note, it would seem the social justice-obsessed IO9’s gushing over a transsexual creation in the special by one of their very own co-founders, Charlie Jane Anders:

Here’s a bit of incredibly cool news to end your day: the introduction of Escapade, a new Marvel superhero from the mind of io9 co-founder and award-winning author Charlie Jane Anders. The beginning of Escapade’s journey begins in Marvel’s Voices: Pride #1 which follows the young superhero’s career as a thief and explores her life as a trans mutant. Her story is written by Anders and drawn by artist duo and Eisner-nominated cartoonists Ro Stein and Ted Brandt, with colors by Tamra Bonvillain as the collection’s central story.

“I have loved the Marvel Universe for as long as I can remember, and may or may not sing the Spider-Man cartoon theme in the shower on a regular basis. So I was so thrilled to be able to introduce a brand-new hero to stand alongside all of my favorites,” Anders shared on Marvel.com. 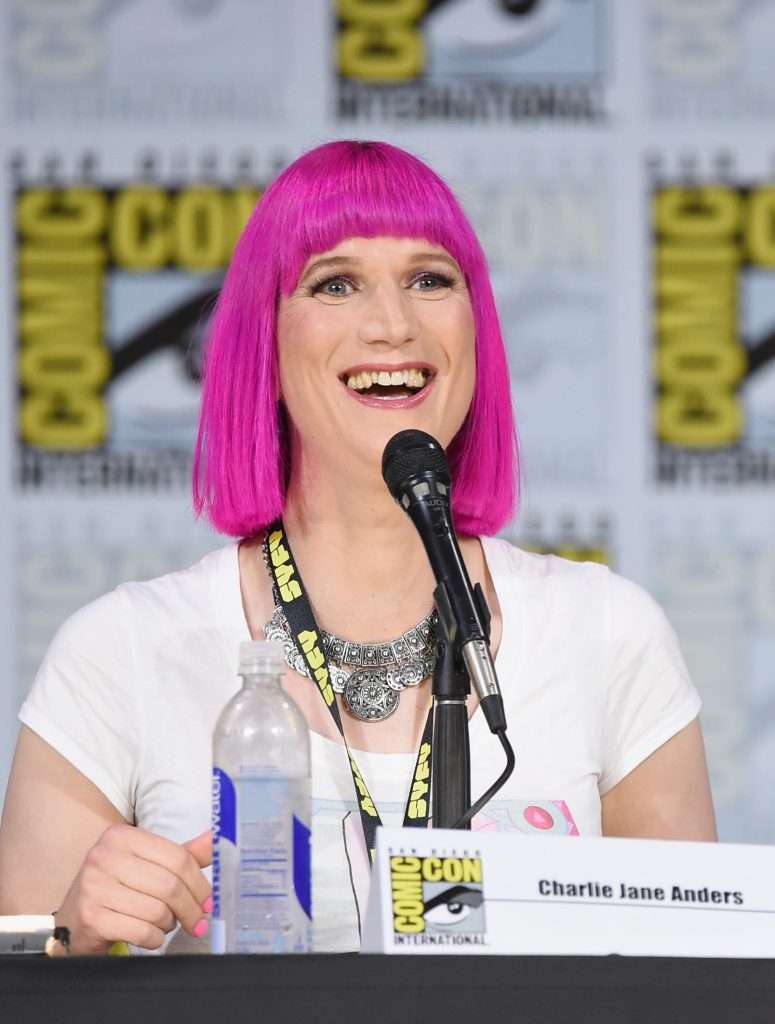 This is another something wrong with Marvel’s approach, and an extension of what first began in the early 2000s, when they started hiring “celebrities” like J. Michael Straczynski to write their book series, and look where it got them in the long run with Spider-Man, whose marriage to Mary Jane Watson was destroyed, while propaganda sites like these just stood by and made no serious effort to defend Stan Lee’s creations from abuse by Marvel’s undeserved heirs. Now, they hire news propagandists to write their books as well, and Ta-Nehisi Coates was just the beginning. A terrible shame, but this is where Marvel and DC are heading these days. The same press who served as their apologists in the past are now part of the writing contributors’ group.

And it sure is telling when the writer depicts his creation as a thief, as though that were truly a good role model these days. If Harley Quinn and Poison Ivy, along with Mystique and Destiny, are any suggestion, there’s too many such examples of lesbian pairings who’re into criminal activity in comic stories. What Anders wrote is likely no better.

Marvel's Latest Miles Morales What if...? Comic Leads to Hilarious Backlash
Is Disney Courting Johnny Depp for more Pirates of the Caribbean?
LGBTQ Politics: Congresswoman on Drag Queens - 'What America is ALL About'
Flopyear: Disney Has Become It's Own Worst Enemy
Get Woke, Go Broke: How Disney Lost Half Its Stock Value in a Year
Will Titan Comics Avoid Marvel's Recent Mistakes with Conan?
Disney, Netflix, Others Vow to Provide Abortion Travel Expenses for Employees