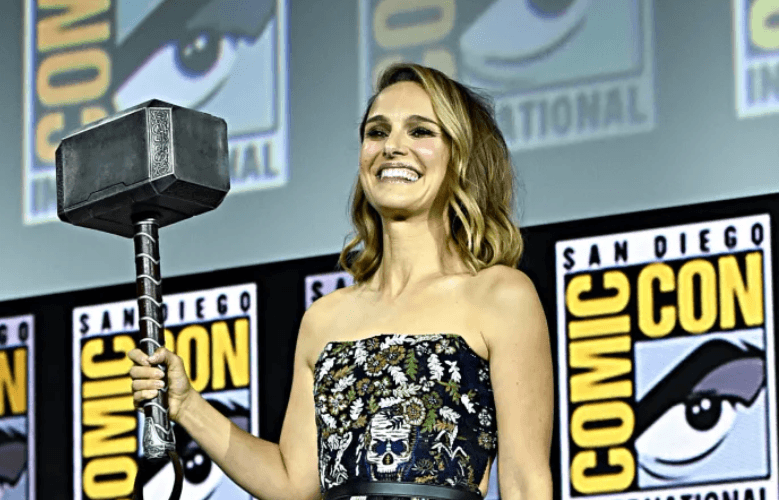 Well look at that. True to his word, Kevin Feige and company have confirmed the Marvel movieverse will be taking up the same social justice themes and gender-swapping tactics Marvel gained notoriety for in the past several years, with Jason Aaron’s Thor story where Jane Foster takes possession of his Uru hammer, powers and a man’s name:

The astrophysicist Foster became the Goddess of Thunder in comic book writer Jason Aaron’s extraordinary “Thor” series starting in 2014. Foster was dying of cancer but she found herself worthy of Mjolnir when Thor himself suddenly became unworthy — he would go on to call himself the Odinson and ride a freaky giant goat, while Foster’s Thor fought for justice. The only problem was that when she became Thor, the transformation each time would cause all the progress Foster had made with her chemotherapy to vanish. Being a superhero, being Thor, was the right thing for Foster to do — but it was literally killing her. Which made her all the more heroic, and thus all the more worthy of wielding Mjolnir.

Oh wow, look at them gush all over that overrated farrago, without even mentioning the jabs Aaron made at Gamergate for that matter. Not even the storyline where Thor lost his ability to lift the hammer because Nick Fury seemingly whispered something in his ear! Simply blatant. 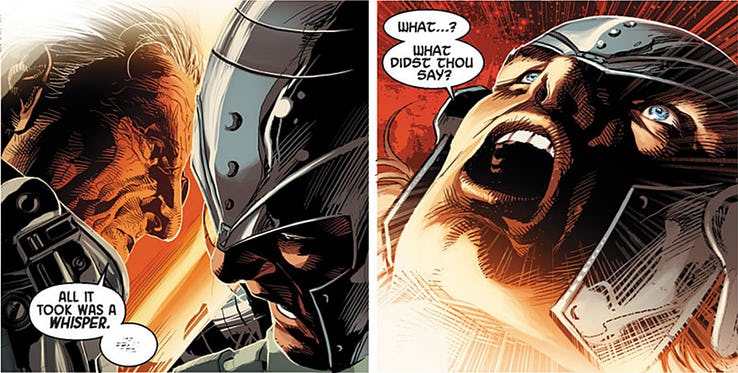 Predictably, Aaron himself couldn’t have been more thrilled such a shoddy story he penned was considered the best material they could adapt for the silver screen:

As one might expect from a comic creator who was just namedropped by Kevin Feige and Taika Waititi as a major inspiration for an upcoming blockbuster, Aaron took to Twitter earlier this morning to share his excitement over the film and Marvel Studios’ decision to adapt his run.

Consider me thunderously excited. The Jane Foster Thor storyline I did with @rdauterman, (Eisner winner!) @COLORnMATT & so many more talented artists is one of my proudest moments in comics. I can’t wait to see @TaikaWaititi & Natalie Portman bring the Goddess of Thunder to life. pic.twitter.com/3pylwsfR9e

And I’m sure he’s proud at ensuring so many real Marvel fans would remain alienated as overrated writers like him keep the quality in as degraded and denigrated a situation as possible. And wouldn’t you know it, even the Birmingham News site back in Aaron’s native Alabama sugarcoated everything:

Flash back to 2014: Marvel announced the debut of a female Thor penned by comics writer Jason Aaron, who attended high school in Shelby County and graduated from UAB before moving to Kansas City. This generated a small furor among fans who accused Marvel of doing a cheap gender-swap on an iconic character just to generate attention, but Aaron’s storyline proved to be something much more substantial.

Jane Foster was a doctor suffering from cancer. When she transformed into the Goddess of Thunder she became near-invincible — but the process interfered with her chemotherapy, leaving her ever-weaker when she resumed her human form. The character’s bravest moments weren’t when Thor battled dire cosmic foes. They were when the increasingly frail Foster repeatedly took up the hammer, knowing that each time she did so she took a step toward death. Sacrifice has rarely been such a large part of comic-book heroism.

Seeing how it left her mostly bald by the end of the story, that’s why I thought it was insulting to the intellect. In any event, the whole notion she’d have to go through such nonsense and not at least get her own codename was artistically bankrupt, compounded lately by their changing her into a new Valkyrie. And since when hasn’t sacrifice, moral or otherwise, been a part of any heroism in pop culture fiction? They’re just virtue-signaling for the sake of it.

Well, it looks like the Marvel movie franchise is on its way to the decay it was bound to reach sooner or later. The question for now is – will it make money? Good question, when you consider how some people are just too naive to understand when a franchise loses whatever quality it may have had. Hopefully, more of the public will wake up and realize Disney’s going downhill with their bad influence on their commercial properties, and it’s time to start avoiding these farces taking their cues from bad publicity stunts.