Marvel’s Comics ‘Indigenous Voices’ Special is All Kinds of Embarrassing

It was bad enough that this latest “project” from Marvel was built on laughable social justice themes. Now, as Cosmic Book News reports, there’s quite a bit not being told about what ideological elements lie within the pages of the tale, a strong hint at what’s going to be putting Marvel out of business soon, much like DC’s bound to be, and it turns out Carol Danvers has been victimized full force yet again:

The art features the main hero of the book, Echo, getting attacked by a bunch of men where her phone breaks and Captain Marvel shows up and says, “Pretty sure you can keep the phone and lose the men, just so you know.”

Regarding the closing down of DC Comics, Ethan Van Sciver pointed out its destruction came at the hands of SJWs, the same sort of people responsible for the Marvel’s Voices: Indigenous Voices comic book.

As noted by Twitter users, it was actually thought the art was fan art as it looks so bad and comes across even worse, but it’s straight out of Marvel Comics.

And it’s no longer a shock. Clearly, when they “farmed out” their Avengers/Fantastic Four related books to people like Rob Liefeld for Heroes Reborn in 1996, that was just the beginning, and I’m sure quite a few realize it, one more reason the industry’s continued associations with Liefeld over the years were shameful. The part about losing the men appears to be a stealth anti-male insult:

Proof that given that chance, all 3 of the above characters will be subject to insults, after all the hard work their creators like Stan Lee and Len Wein did to bring them about. That aside, the finished product does not reflect well on the artist assigned, and suggests he’s in it far more for the ideology than the merit of art and entertainment. 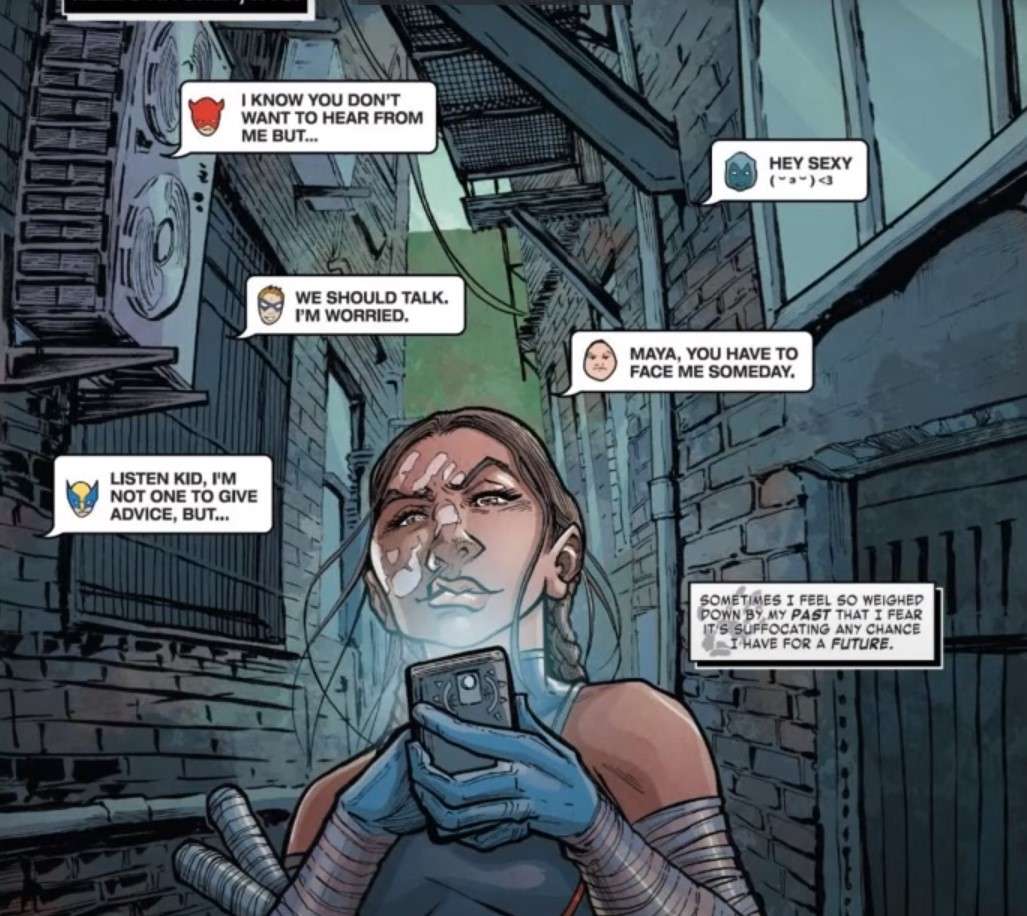 Most telling is how this information hasn’t been mentioned in the press sources covering it so far. Not even at CTV News, where they could only say:

Store owner Vincent Joyall told CTV News Edmonton, “We’re going to be using it as a teaching opportunity as well as a way of creating mentorship amongst Indigenous youth across Canada.”

“You can come from an impoverished background, inner-city Indigenous youth, and fight your way out of it,” he said.

“You can absolutely fight your way out of it.”

Does this also mean teaching youth of any background to accept these extreme leftist ideologies that could end up hurting more than helping anyone? Is this what they mean by fighting your way “out of it”? Not with a condescending view of the past contributors, not by embracing socialism, if they are, and not by turning out such awful art. Who are they kidding, seriously? All this only makes the project look worse than need be, and I hesitate to think just how bad the art for Dani Moonstar could look inside the book.