Why Marvel VP Sana Amanat Has “No Business Being in Comics” 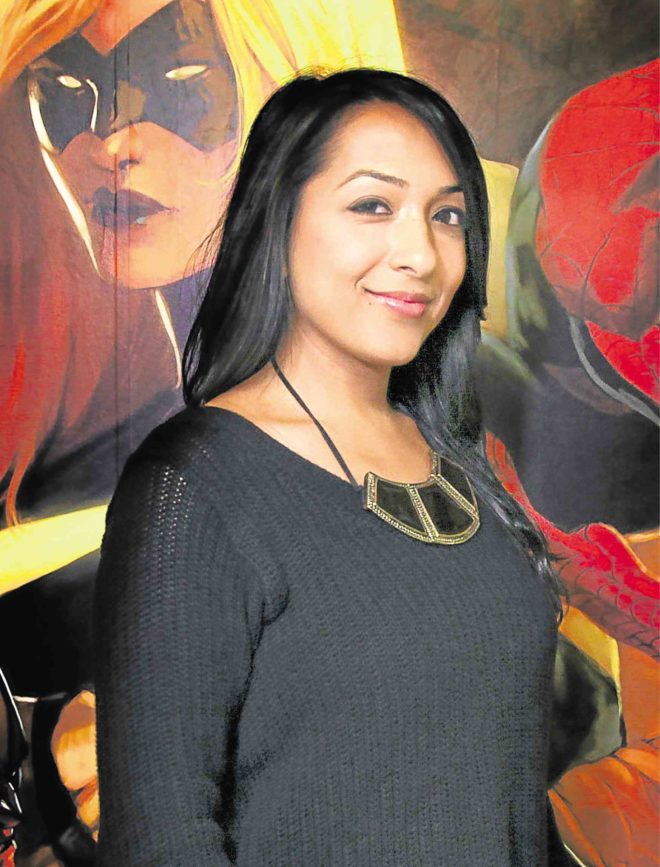 “I had no business being in comics” Sana Amanat

Sana Amanat joined Marvel Comics in 2009 after working for two years at Virgin Comics, a short-lived indie publisher that folded in 2008, after having only just launched in 2006. According to previous comments from Amanat, an executive at Marvel then approached her for the position at Marvel because she was “different than their average employee,” saying that the executive told her she had:

“something different to offer than the regular fanboy who has read comics since he was a kid. …she had a different voice, and that Marvel needed her voice in order to change Marvel.”

Ah yes, 2008. Back when Amazing Spider-Man, Fantastic Four, and Uncanny X-Men were still numbered in triple digits, Secret Invasion was the big event with issues 1-8 being in the top ten sellers of the year, Marvel Comics published 21 of the top 25 comics of the year, Captain America was their best-selling solo comic, outselling Hulk, Amazing Spider-Man, and even Batman, and it was a time when Carol Danvers had still only been relaunched once. Now, over a decade later, Captain Marvel is kicking off its twelfth reboot.

Immediately after arriving at Marvel, Amanat set about transforming Marvel’s superhero universe to one of more inclusion and diversity, creating new characters with different backgrounds and perspectives. Amanat made it her goal to get women more invested in the comic book industry.

“I heard over and over again that women didn’t feel comfortable at conventions or in comic book shops,” she says. During Amanat’s tenure, Marvel has developed a female version of Thor, an Afro-Latino Spider-Man, and a Korean-American Hulk.

In 2014, she co-created Marvel’s first solo series to feature a female Muslim superhero called Ms. Marvel. The comic won the Hugo Award for Best Graphic Story in 2015 and has gone on to critical acclaim, but not always registering big sales numbers. Many claim that Ms.Marvel sells much more digitally than in stores, and has at times been Marvel’s top digital seller overall, but no sales figures have ever been released, only sales rankings.

Within a few years, Sana Amanat was promoted to vice president of content and character development at Marvel, and became even more outspoken about her motivations, which seemed to venture into the realm of advocating for identity politics. In a Vogue interview last year, Sana said:

“We all have a responsibility to make sure that we are advocates for more and more writers to come in to start changing the landscape. That’s what was done for me. I had no business being in comics, but someone encouraged my voice, and I hope to continue to do that with other writers.” 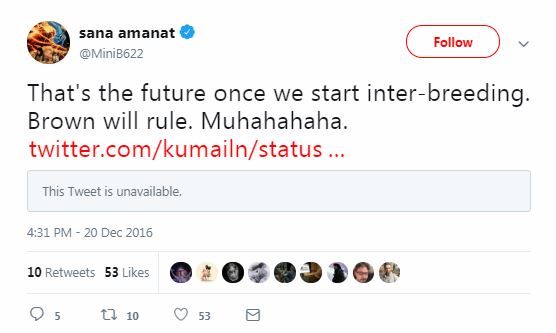 In another interview with Bustle, Sana Amanat shared this:

At the end of the day, me embracing my identity, me embracing my brownness, does not mean [I’m] denying their identity. It’s about me. And it’s the story that I wanna tell. Everyone should have the right to tell their own story, and that’s really what I’m here for. I’m here to try to tell my own story and hopefully champion the other people who haven’t had the opportunity to do so either. So, that’s what I’m focused on. 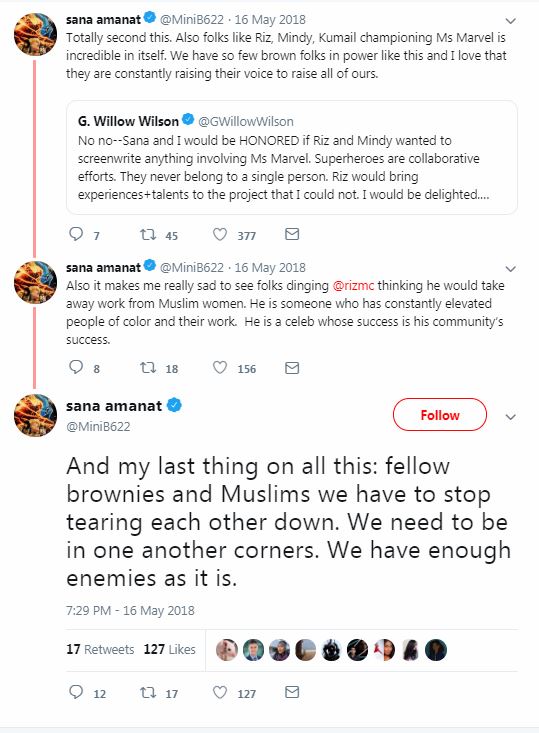 Exactly what story is she telling? In a recent interview with C.B. Cebulski, Marvel’s newest Editor-in-Chief, CBS News shared this from Ms. Amanat:

She is also credited with bringing author Ta-Nehisi Coates on board. Coates authors “Black Panther” and will also write for “Captain America.”

“I hope to be very much like a lifestyle brand,” Amanat said. “And also, the other big thing that’s going to happen at Marvel is, I don’t think it’s going to be associated as a boy brand. Marvel has always been inclusive and I think it should be a place that anyone looks at that red logo and they realize, ‘Oh yeah, that’s just a really cool entertainment company.'”

Has anyone been following Ta-Nehisi Coates’ work at Marvel? Abysmal writing, abysmal sales, and an even more abysmal trashing of Captain America. A terrible decision by any measure.

I don’t know about you, but it almost sounds as if Sana Amanat is freely admitting that Marvel Comics only hired her for her race and because of her gender. She literally had no other qualifications other than a two year stint at a failed, experimental indie comic. She also openly admits that her entire raison d’etre wasn’t to sell comic books, but that she has been actively trying to reshape the industry to match her ideology and personal world view by hiring other ideologues who also have ‘no business being in comics’ either. She has openly supported and promoted racists, and she doesn’t want Marvel Comics to be associated any longer as a “boy brand”. She wants it to be a “lifestyle brand”. And while chasing boys away from comic books in order to make room for more women, even their female-centric projects like Captain Marvel and Ms. Marvel are selling fewer titles than ever before.

Who is running Marvel Comics?

How long can a business survive by bringing in unqualified ideologues with ulterior motives instead of hiring people based on experience and merit?