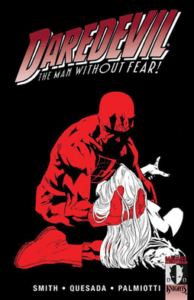 In 1998, Marvel Comics, which had just filed for bankruptcy, asked Joe Quesada to work for Marvel and contracted him along with his Event Comics as a partner studio to produce a line of Marvel books dubbed Marvel Knights. As editor of Marvel Knights, Quesada with Jimmy Palmiotti, co-founder of Event Comics, put together a line of comics featuring lower-profile, cult-status characters such as Daredevil, Punisher, The Inhumans and Black Panther, produced by then independent comic book authors as David Mack, Mike Oeming, Brian Michael Bendis, Garth Ennis and Steve Dillon.

Marvel Knights stepped away from the long-running story arcs and a heavy focus on continuity and crossover events, which was a prime feature of Marvel Comics during this period. Instead, the imprint focused on stand-alone stories with strong character development and high production quality.

In 2000, two-and-a-half years after the Marvel Knights imprint was launched — and in part due to its success, contributing to Marvel’s new-found financial stability — Joe Quesada was named Marvel’s editor-in-chief.

By 2006, Quesada revised the “Marvel Knights” logistics and turned it into a high-quality limited series imprint, similar to DC’s Elseworlds.

“Marvel Knights is the showcase for ‘evergreen events’ — self-contained limited series that think outside the box, that challenge readers to re-think their favorite Marvel characters and re-evaluate the legends that surround them. In other words, Marvel Knights will be a place for top talent to work without constraints, and deliver the kind of product fans deserve!” (Joe Quesada, 2005)

This editorial plan gave way to very interesting stories which really challenged the readers without the burden of events and resulted in a period where prestige format comics by Marvel, such as Loki, Daredevil: Battlin’ Jack Murdock, X-Men. Magneto Testament, Sub-Mariner: The Depths, Spider-Man: With Great Power… critically rivaled all-time classics like Batman: The Dark Knight Returns. That was until 2010, when the last miniseries from the line, Spider-Man: Fever, was published. This was likely the result of low sales due to a higher price point than the mainline and the editorial focus on massive events. At the time the miniseries was released, The Heroic Age and Siege overlapped as well. 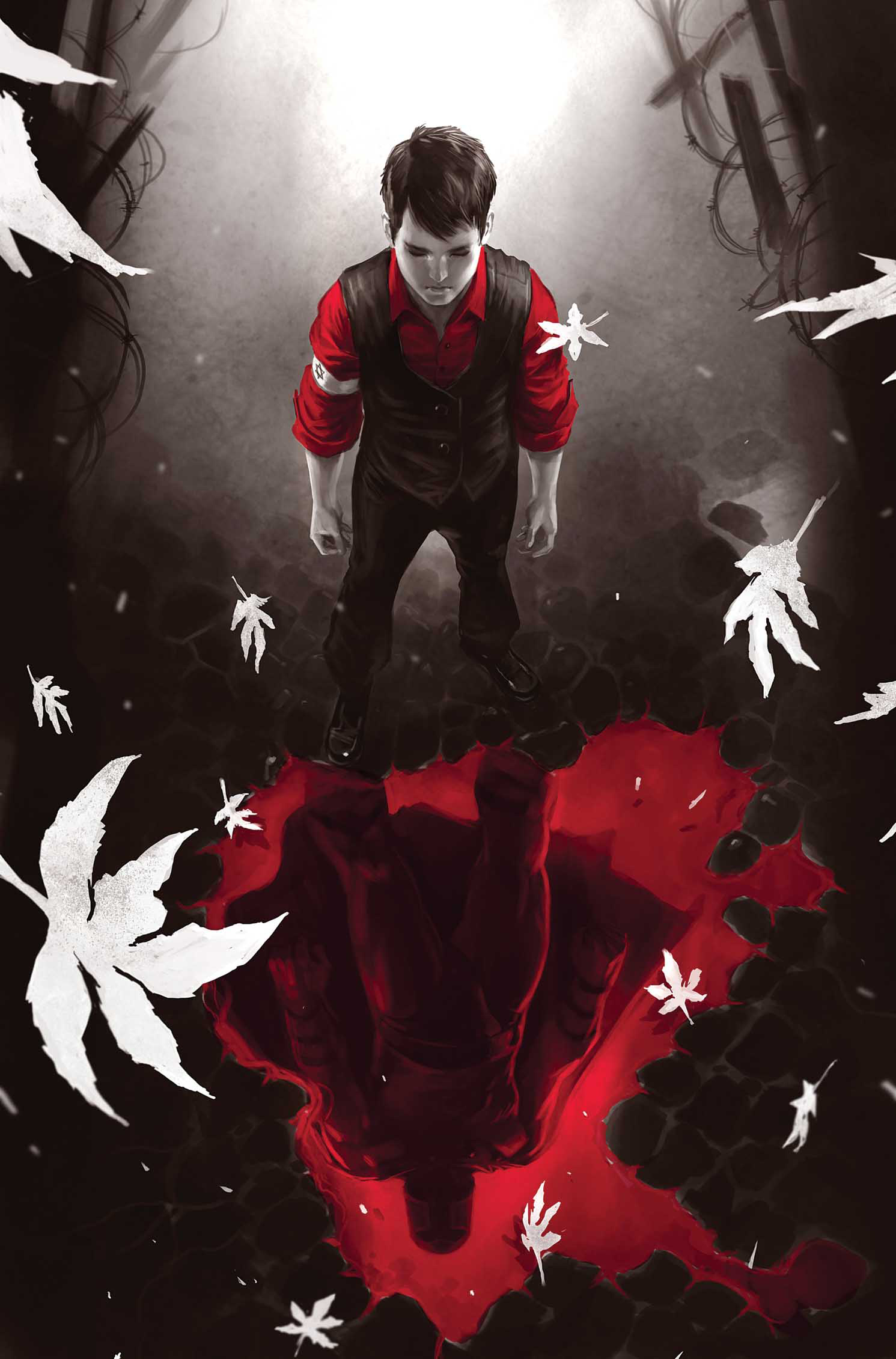 On July 11, 2013, under the Axel Alonso regime (who was an editor in Marvel Knights times), Marvel announced the revival of the line in their solicitations with Marvel Knights: Spider-Man by Matt Kindt (Star Wars: Rebel Heist) and Marco Rudy (Swamp Thing), Marvel Knights: X-Men by Brahm Revel (Guerilla) and Marvel Knights: Hulk by Joe Keatinge (Glory) and Piotr Kowalski (Sex).

The results were not the ones the fans of the line and the readers expected: The Hulk and The X-Men miniseries read like uninspired filler issues of their regular counterparts with serviceable linework. However, the Spider-Man one was a plotless, unreadable mess which forgot about the sequential art aspect of comics trying to cram 99 villains into a bad acid trip in five issues that look like a CalArts experimental art project.

The creative team was no slouch, maybe a bad rate-per-page inspired them to phone in whatever. If the intention was to attempt something like David Mack’s Daredevil work, they sorely missed.

The aforementioned Spider-Man: Fever already dealt with a psychedelic plot done as a tribute to Spidey’s and Dr.Strange’s co-creator, Steve Ditko, anyway. This oversight tells me the editorial staff didn’t even bother digging much into the Marvel Knights concept or history. Needless to say, the line had no critical acclaim and suffered huge drops from issue to issue. The line disappeared after these series ran their course until…

The Return of Marvel Zombie Knights

A 20th Anniversary miniseries celebrating the original release of the Marvel Knights project was announced on the Summer of 2018 with Donny Cates at the helm of the title. This amidst a very different environment both editorially, commercially and with the readers. In the middle of declining sales, an editorial staff which doesn’t seem to care about comics, stores closing at alarming numbers and fans leaving their pull lists in droves.

The six-issue mini was plotted by Cates with a different collaborator for every issue including Tini Howard and Matt Rosenberg. The penciling duties also change from issue to issue. This is always a bad way to start a title, especially a miniseries. Cohesion is lost from issue to issue and it takes away from the immersion. Try reading the Secret Empire paperback or this compilation when it’s released and tell me yourself how does it feel in your eyes.

“I think we have that same ‘Anything goes’ spirit, but obviously, we are different creators with our own backgrounds and voices. So I don’t know. I think we share a lot of the same DNA, but we smash the puzzle pieces together in different ways.” (Donny Cates, 2018)

The plot doesn’t really do much other than make a Twilight Zone-House of M rip-off dimension where the characters feel out of place and a Frank Castle & Bruce Banner team-up try to make sense of the bizarre situation through Banner’s visions. The identity crisis angle doesn’t do much for the internalization of any of the characters’ paradigm or the re-envisioning of any Marvel legacy mythopoeia. Frankly, the best part of this anniversary celebration was the easter egg characters on the cover of the first issue.

The corporatist, identity ideology-driven Marvel really isn’t an environment which will lead to an interesting read that stands out from the regular modern Marvel line up to the point where there’s a cat-calling scene in #5 which is escalated by Black Panther into a #MeToo moment.
Going back to Daredevil: Guardian Devil, putting the Devil of Hell’s Kitchen at odds with his Catholicism as he has to take care of the baby Anti-Christ while Matt Murdock is confronted with his grim past in the form of Karen Page and Bullseye, giving the character a fresh new beginning while remaining respectful & true to its roots. Marvel Knights was never about exclusively the “anything goes” approach. The boundless opportunity was intended to serve the heroes and their stories. 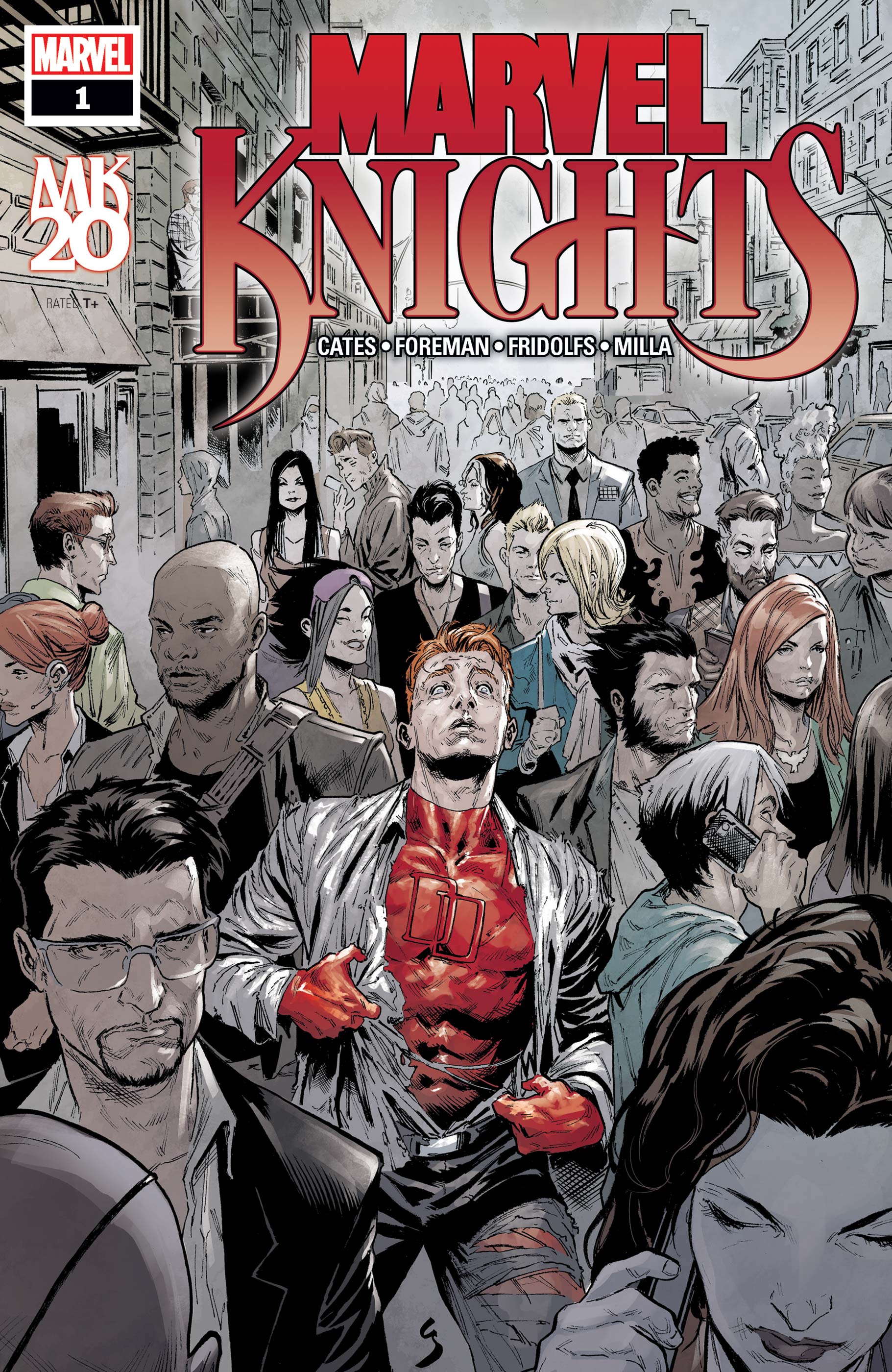 The problem with the ‘thinking outside the box’ post-modern mentality is that, sometimes, you might find yourself being the fool who can’t even use a box properly to begin with.

If you want to listen more about Marvel Knights, the past and the present, I was invited to Comic Boom!‘s channel for a livestream when the Marvel Knights 20th Anniversary #1 came out you can check out right here.