Marvel’s latest X-Men story has drawn the ire of the Hindu community for what they feel is disrespect for their religious beliefs. It’s a story that’s more than meets the eye, and Hinduism wasn’t the only religion this story featuring Cable’s alternate timeline doppelganger took aim at:

A Hindu cleric has called upon Marvel Entertainment to apologize for offending those of the Hindu faith after the release of an issue of the relaunched Uncanny X-Men comic book series, which declared it a false religion.

Rajan Zed, the president of the Universal Society of Hinduism and interfaith ambassador of the Nevada Clergy Association, released a statement over the weekend in response to the latest issue of Marvel’s Uncanny X-Men, which saw the destruction of a number of religious temples and locales in an attempt to, as the character responsible puts it, “[cleanse] the world of its fake houses of worship and false prophets.” Among those destroyed is the Tree Padmanabhaswamy Hindu Temple in India.

In his statement, Zed said that it “was very hurtful to the Hindu community when a popular platform like Marvel labeled a sacred and highly revered Hindu temple as a fake house of worship,” adding that “comics publishers should be more sensitive while handling faith related subjects; as these being a powerful medium; left lasting impact on the unsuspecting minds of highly impressionable children, teens and other young people.”

Well at least he seems to acknowledge it’s not just children who read the medium, though at the same time, not many read Marvel’s books today, if at all, and a pity he’s not acknowledging that fact.

But the story also attacks Christianity, and what’s really annoying about this is that it’s seemingly meant to serve as a moral equivalence for doing the same with Islam, proving they still lack courage to just focus on where it matters. As seen in the following panel: 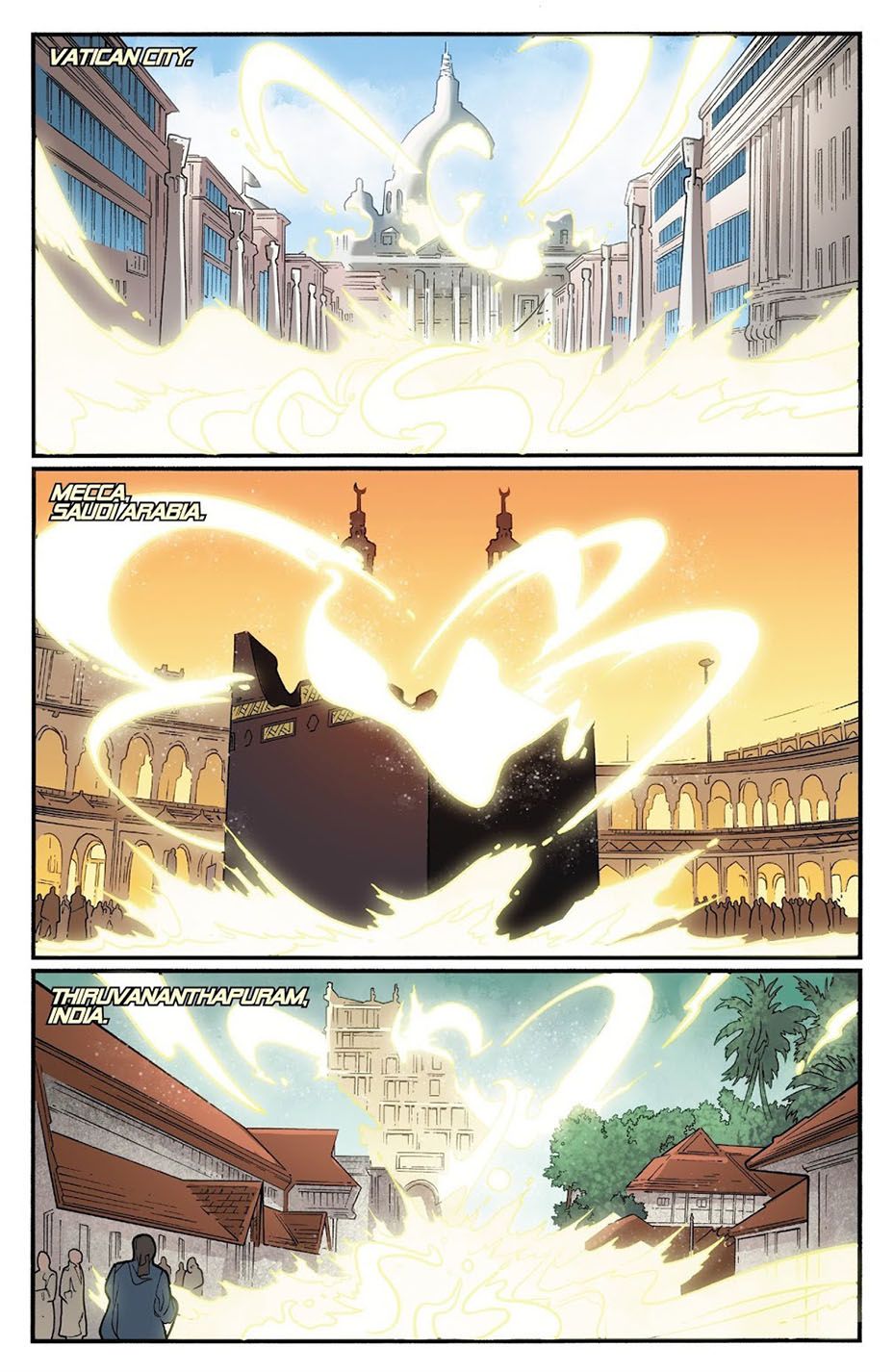 I’m honestly surprised there was no objection to this particular jab at Islam’s Mecca monument from Marvel’s sharia-compliant staffers. At the same time, that Kitty Pryde may be depicted supporting Nate Grey’s bizarre magic is certainly troubling (if they really have to attack all religions, wouldn’t it be fair to include Judaism and its holy sites in Israel?). Is it all because, by the end of the story, everything will be restored to normal as though it’d never been, via time travel? Point: that doesn’t mean there wouldn’t still be objections from Islamofascists, no matter the tale’s turnout.

I don’t know if this suggests awful staffers like Sana Amanat are losing influence. But it’s clear some moral equivalence did play a part here, and simultaneously, it’s pretty clear Marvel still has no intention of writing serious stories dealing with Islamic terrorism, long after 9-11.