Disney-owned Marvel continues its downhill spiral by injecting more noticeable LGBT propaganda into their productions, with producers of one of the newest, based on the character whom the comics division once developed to try and replace Tony Stark as Iron Man, inserting it into their script, as reported by Breitbart:

The Walt Disney Co. swore to devote itself to radical LGBTQ activism, and the company continues to make good on that ominous promise. Marvel Studios has reportedly cast RuPaul’s Drag Race star Shea Couleé in its upcoming Disney+ series Ironheart — the latest indicator that the studio is making drag culture a prominent component of its entertainment for children.

Shea Couleé — real name, Jaren Kyei Merrell — is a drag performer who appeared in the ninth season of RuPaul’s Drag Race, finishing in the top four. Deadline reported he will join a cast that already includes Dominique Thorne as the title character, as well as Anthony Ramos and Alden Ehrenreich.

Ironheart, which is expected to debut on Disney+ next year, tells the story of Riri Williams, aka, Ironheart (Thorne), an inventor who like Tony Stark creates a suit of armor to become a superhero. It remains unclear what role Shea Couleé will play and if he will appear in drag or not.

Disney has increasingly embraced drag culture in recent years, putting it front and center in its content for children.

And now, Marvel’s putting it front-and-center in turn. All the more reason to keep on with the boycott of their modern output. This is getting more embarrassing and unbearable by the minute. Including when you ponder how they’re employing a concept that was developed for social justice propaganda at the comics publishing arm around the time Axel Alonso was still EIC at Marvel. 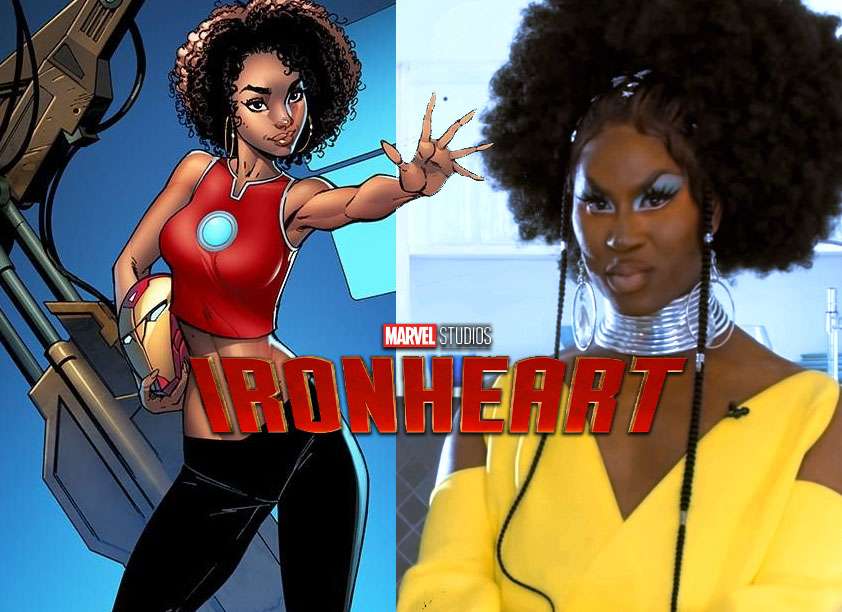 Since we’re on the subject, the ideologies involved also brought to mind a television miniseries by Warner Bros. produced back in 1983-84, known by the letter “V” (for Visitors). It was written by a producer named Kenneth Johnson, whose resume is 2/3 science fiction material, and was written as a metaphor for WW2. But it was also notable for being favorable to scientists and science, as the invaders posing as “peaceful” travelers were taking alarming steps to vilify the community that could expose their reptilian figures underneath the humanoid disguises, along with their evil intent. At the time it was originally made, it was a very expensive TV production, due to the special effects employed, and there were several notable actors of the times cast in the story, which was well regarded back in the day among sci-fi buffs.

Based on the denial-of-science approach employed by modern leftists, selectively or otherwise, I’ve got a feeling it would not be possible to make a TV show or movie like this today where science and its researchers for the cause of good are defended, and for all we know, even screenwriter Johnson himself might disown his very own work if he’s enough of a liberal kowtower. After all, he later developed a TV show based on the 1988 Alien Nation movie, and one of the storylines focused on pregnant men, an idea the 4th Thor movie brewed up a metaphor for, building on the ideologies the left’s now obsessed with.

Interestingly enough, there was a remake of “V” over a decade ago. But don’t be surprised if there won’t be any more projects coming from Hollywood along the lines of what this tale was about. Science, alas, is being removed from the fiction for all the wrong reasons.