Marvel & DC Comics Will Never Be the Same 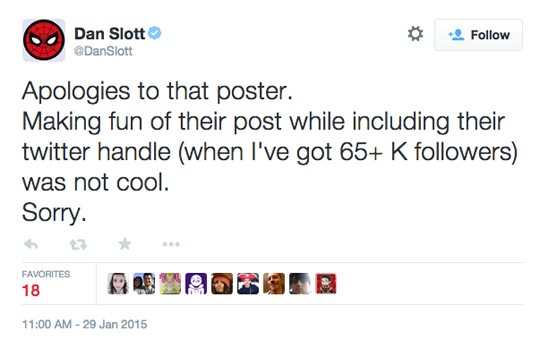 At the heart of this article’s title is this conclusion. The hard-left ideologues that work for Marvel Comics, DC Comics, and in most of the comic book publishing industry, do not wish to co-exist with anyone whose political leanings are to the right in this country. In fact, at least it would appear, that they wish to extinguish them. They do not value any customers who do not think or vote like them. I tried to address this last summer, but nothing much has changed. In fact, as much of this article will demonstrate, it’s only gotten worse.

It’s going to be very important to remember who endorsed Trump, who chose this ridiculously unqualified lump over their country.

Remember, the GOP doesn’t give a rat’s ass about you , your family, women’s rights, lgbtq rights, immigrants, rule of law , health care or due process. They only care about corrupt rich white… https://t.co/lUqChnrQP6

Make no mistake: even if Trump loses, we will remember who supported him.

And the only time that politics ever entered into things was when @JonMalin pitched writing a team-up story between Captain America and the President, and we told him that it wasn’t something we were interested in pursuing.

What we are seeing online and in the comics coming from them is an unprecedented level of hate, dishonesty, distrust, and mistreatment. A strong disdain for the ideology of conservatism, of social norms, of Constitutional government, of western civilization – is what it is. And this is not a new phenomenon. And this ideological divide is no longer a merely ideological divide, nor has it ever been.

How do they act, other than fighting ACTUAL fascists, who want to curtail the rights of Jews, of Black people, of women, of Muslims, etc? I’ve never heard of Antifa oppressing anyone except people who want to oppress others.

We have the director of Into the Spider-Verse, supporting Antifa, you have comics editors who intimidate anyone in their industry who may have supported President Trump, and there are numerous editors, artists, and writers who openly heap scorn and hatred towards the President and his cabinet every single day, not to mention regularly mocking Christians. While many will boast of being atheists, agnostics, Muslims, Jews, none of these comic pros openly profess the Christian faith.

We don’t need to support companies that have this kind of thing in their DNA. https://t.co/wBIB3iObRK

The struggle comic consumers are having is that if you believe in fairness, freedom of speech, conservative values, decency, or morality, then you are at a liability because in the present culture war, the other side has no such self-limiting governor in place. The other side will fabricate the most horrid of accusations against anyone who doesn’t tow the party line. These people encourage intimidation, coercion, harassment, and abuse and will not be limited by norms. They desire an end without norms. And to confront an opponent in “the battle place of ideas” is difficult when your approach will be a carefully thought out assessment, and their response will be “comics aren’t for you!!”

Comics aren’t for everyone.

Created by the children of immigrants, it is the medium of the outsider and the outcast, the nerd who won’t fit in.

We exist, we thrive because we recognize and amplify the voices of those who must struggle mightily to be heard.

For what it’s worth, I was head of CIA’s Counter Terrorism Americas branch from 2007-2009. One of our responsibilities was assessing possible international terrorists threats coming across the U.S. southern border. In my opinion, the President’s tweet below is racist bullshit. https://t.co/gslaXO2S3D

I am an expert on so few things (maybe “Bat-grunts” or something). But, oddly, in the CIA, I used to run agents into terrorist networks in order to disrupt their progress and power.

In my opinion, Trump acts like he’s being run, like he’s here to disrupt our progress and power.

My despair has come from the realization that the divide in this country is not merely sociological, but that these comic book industry types are playing for keeps, and will stop at nothing until every consumer who espouses Christian, conservative, or libertarian beliefs is no longer interested in the hobby. They’ve long forfeited civility and decency when it comes to dealing with comic fans who disagree with them. That battle has already been lost. 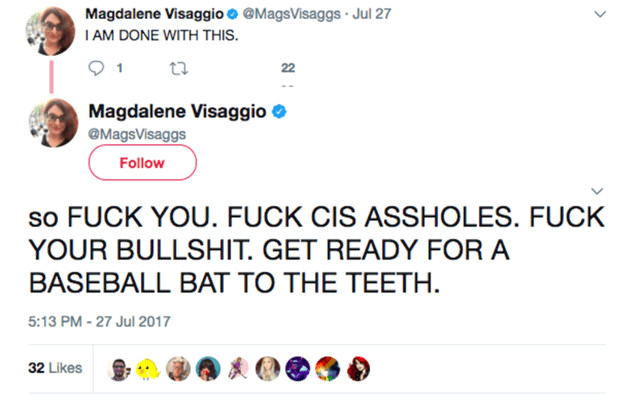 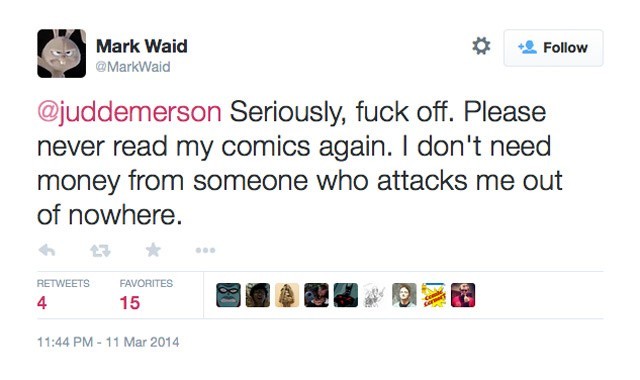 And that is where we find ourselves. A large percentage of the comic book consumers, who don’t engage in any disrespectful ways, but are involuntarily under persecution from hard-left extremists who happen to be assigned to write or draw their favorite superhero character. Unless upper management starts to reign in this sort of toxic engagement from their creators, an even larger percentage of the comicbook fandom will spend the next period of time understanding that they are actually under assault, and they will have to decide how they wish to respond. And it isn’t just in the creators’ social media feeds, it’s in the stories being told. If Marvel and DC Comics doesn’t think this will result in an even faster customer revolt and exodus, they are truly running a ship of fools.

What people actually mean when they say they want “non-political” comics like when they were kids is that they’re devastated to have woken up one day as an adult, read a comic book, and realized they’d grown up to become the kind of person their childhood hero punches in the face 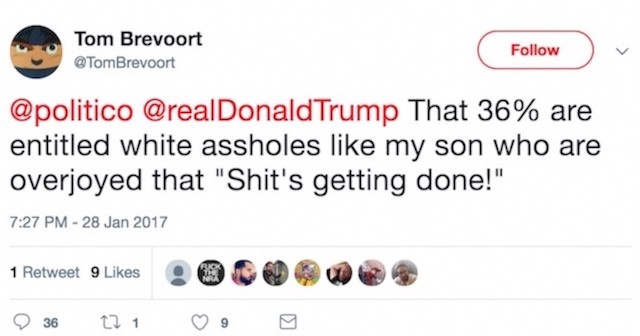 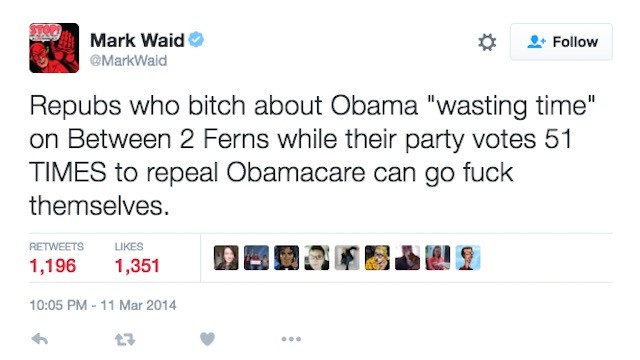 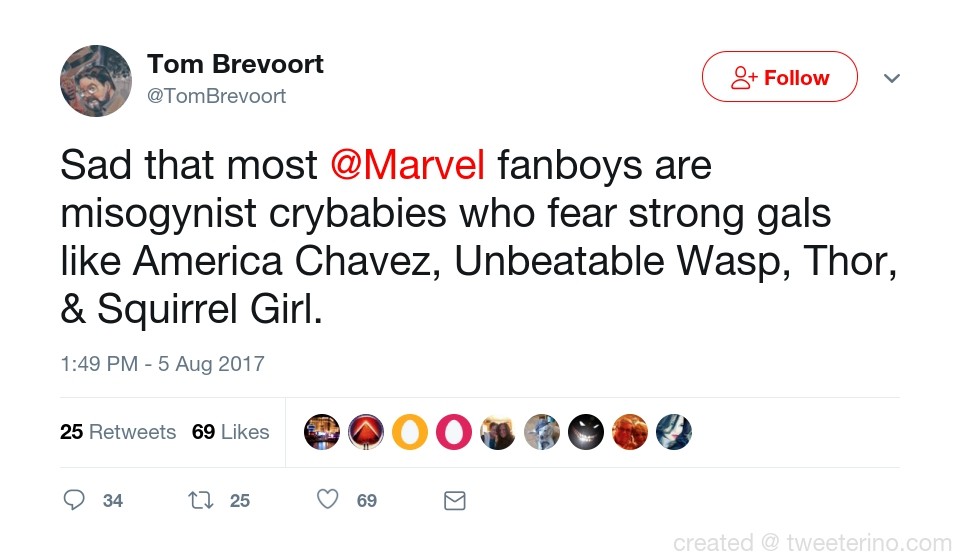 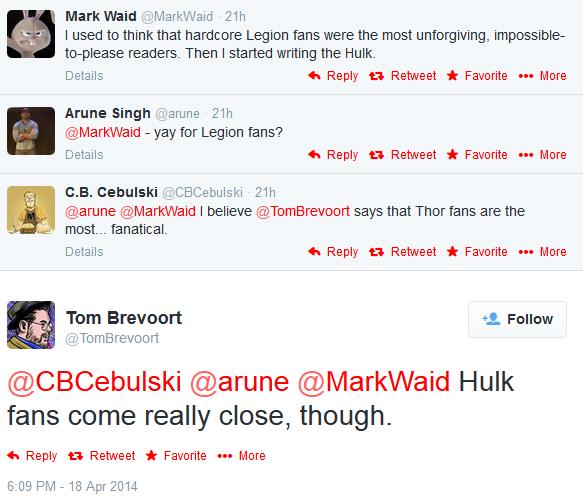 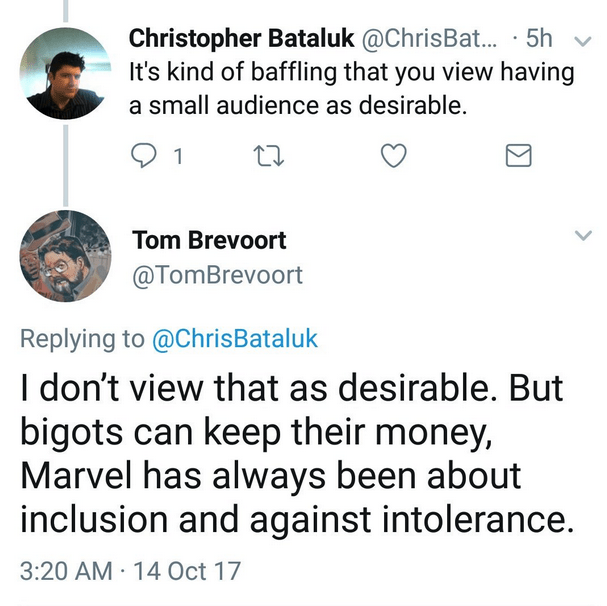 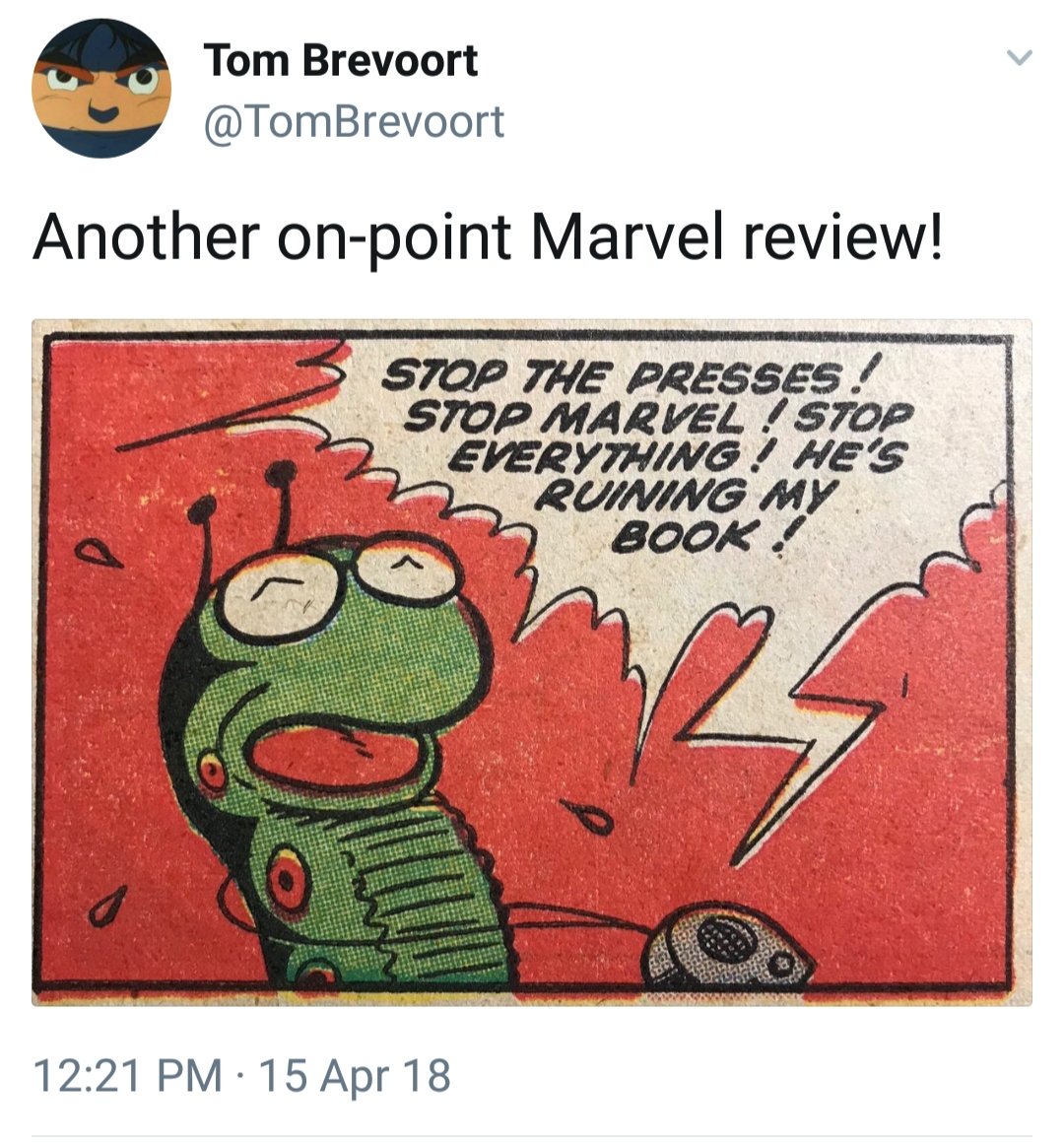 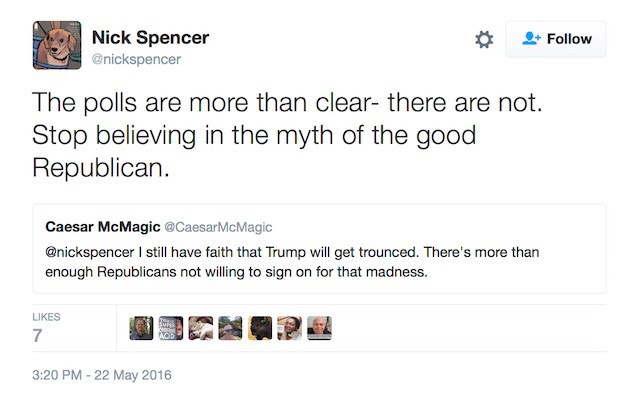 As for me, I will continue to be fond of the comics medium, but my primary concerns are loving my family and myself, loving my neighbors,  growing my businesses, and building my community where I live. And I will continue to fight like mad for the causes I believe in. And that includes making sure every single geek that we can reach through this website and through our social media will see these hateful, bigoted creators for how they honestly act towards anyone that disagrees with them. We will continue to speak out like the “royal fool” until Robert Iger, Ike Perlmutter or C.B. Cebulski or Dan Didio or Jim Lee take very public and decisive steps to correct this bad behavior. 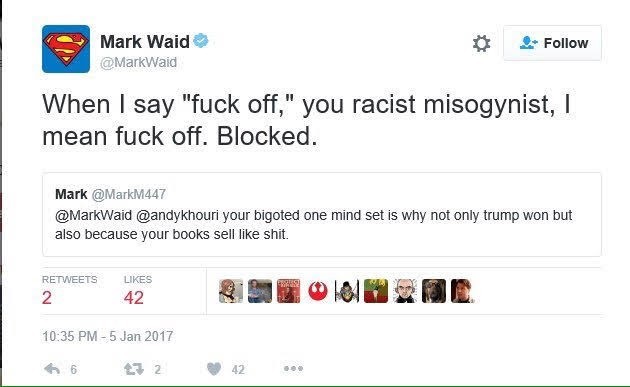 Bear this in mind, whenever you are engaging those who would prefer that we be squashed, silenced, and ruined, we should never seek to squash, silence, or ruin them in return. In that final commitment, while we may just be sowing the seeds of our own destruction, it is the noble path, the heroic path, and the one that will ensure we do not become what he have grown to loathe. The industry is about to change.

I think this is where someone inserts a mic drop gif.