Marvel Comics vs. the American People 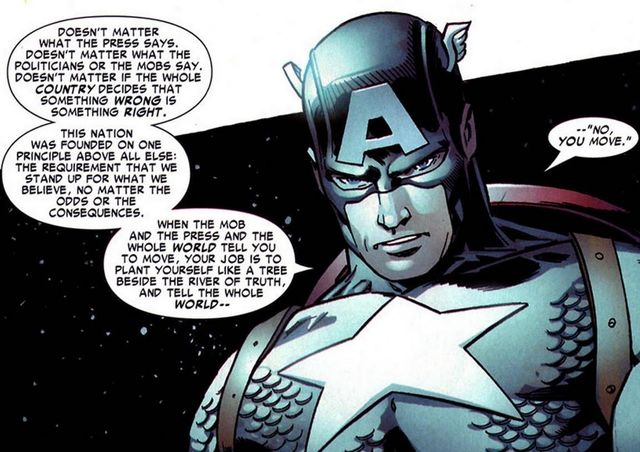 The American Nation, our great Republic grows more diverse by the day. Popular entertainment will become increasingly important as a point of commonality for disparate Americans. Today Comic Books will become the movies of the decades to come – and Super Hero movies (Iron Man, Avengers, Black Panther, Thor, Spiderman, Guardians of the Galaxy) are some of the most watched movies by Americans (by the world even!) of all imaginable background. Super-heroic figures are capable of transcending current political divisions and providing a common culture, a celebration of universal virtues, and a common contemporary mythology for a new American people.

The Marvel Cinematic Universe has indisputably provided some of the most successful and universally accessible films in the current decade. Marvel Comics by contrast has faired less well in engaging it’s existing and potential customers. Some of Marvel’s creative staff are strongly politically vocal (on social media) which can become an obstacle to fans who don’t share their ideologies.

Marvel Comic’s writers, and editors (and many of the artists with a visible social media presence) are ubiquitously left-leaning or Progressive. In a year of searching I have not been able to identify a single openly Republican, Conservative, or Right-leaning voice on Marvel’s current editorial or writing staff.

The ruckus surrounding the nomination of Judge Kavanaugh to the United States Supreme Court – provided a stark example of Marvel’s singular perspective. Virtually all of Marvel’s staff who commented on Kavanaugh via social media, were explicitly opposed to his nomination from Kelly Thompson (Hawkeye, West Coast Avengers) to Jordan D. White (Editor for the X-Men family of titles). Thompson declared Republican Senator Lindsey Graham, who stood up for the embattled nominee, “is such a fucking piece of shit”.

Thompson’s reactions to Kavanaugh’s nomination apparently impacted her ability to write for her work, according to her own statements.

Jordan D. White’s reaction was perhaps more nuanced – but presented a strong view that might not be accepted by a significant number of readers. White opined that any significantly weighty accusation against a nominee was inherently disqualifying. 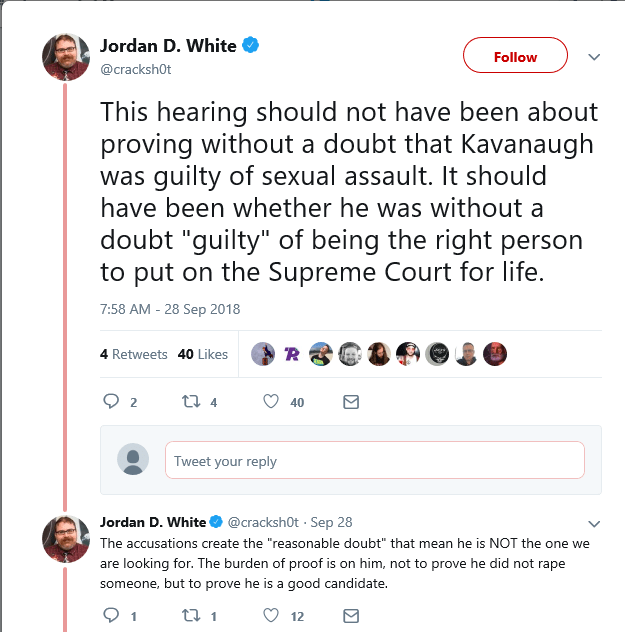 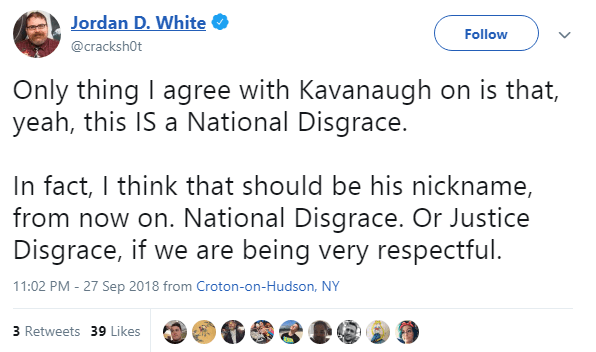 Many Americans would reject this premise, able to see any that particular candidate for any sensitive position could be thwarted by any significantly repugnant accusation in the future. Proving or disproving the accusation would be immaterial – under this model the simple act of accusation is adequate proof the candidate is unacceptable.

The reactions and commentaries of Marvel’s editor and writers cleave along clear political lines of divisions. Marvel’s storytellers perceive justice and injustice, heroism and villainy in profoundly political terms. Their distinctly Progressive bent filters into the pages of the comic books itself – and is not countered by any diversity of thought, perspective, or dissenting opinions within their own ranks. 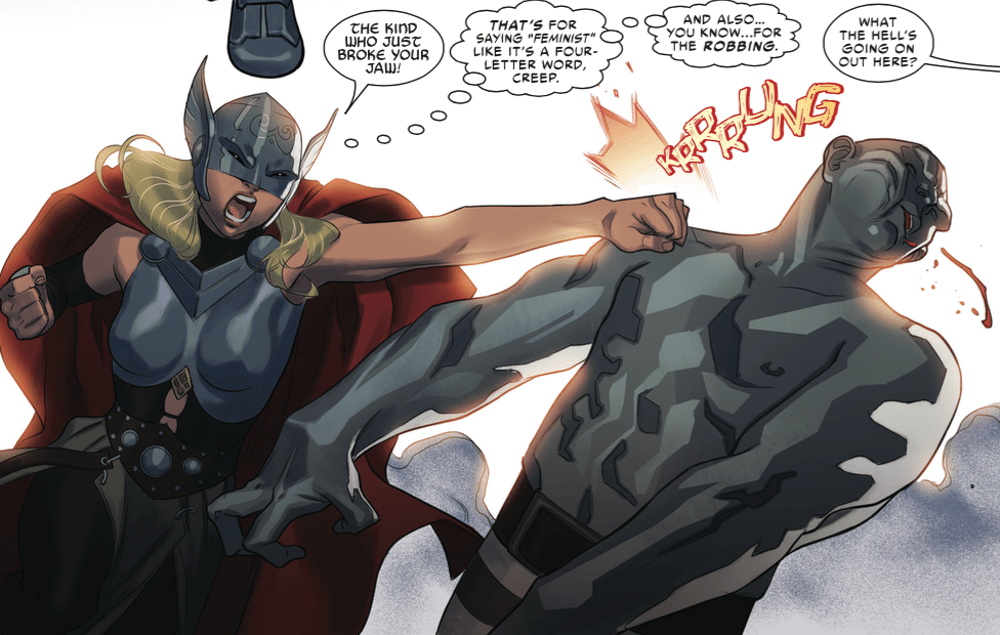 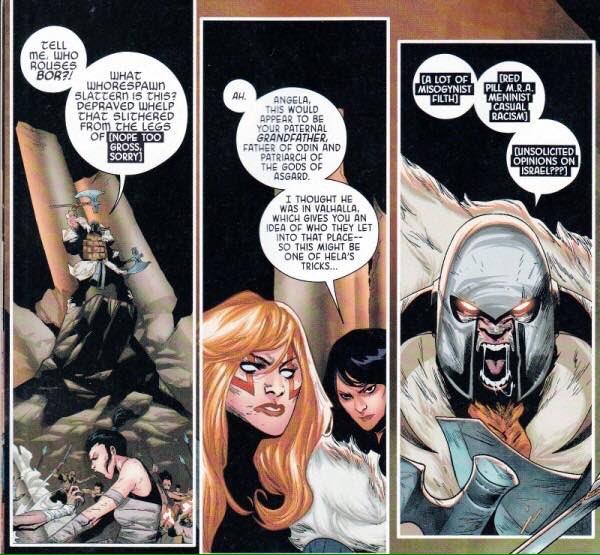 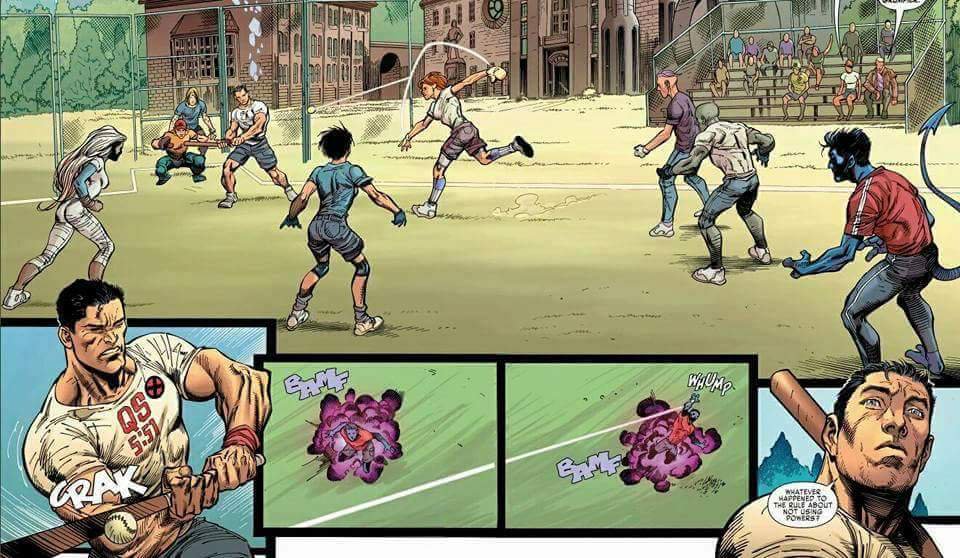 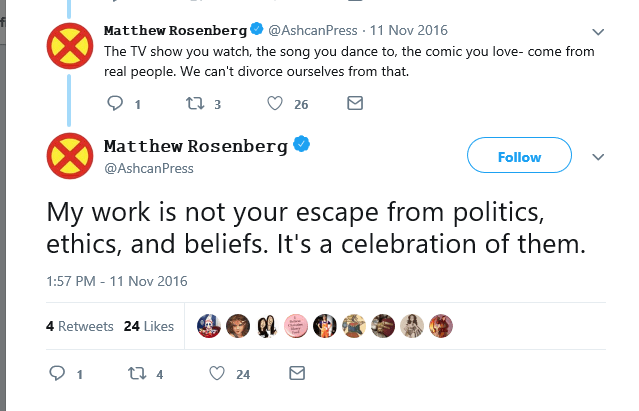