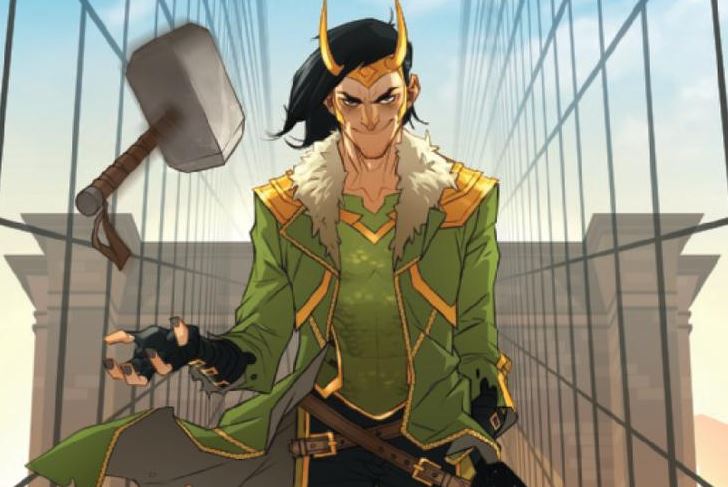 Screen Rant recently reported on the cancellation of a Thor spinoff starring Loki, which was put to rest after just 5 measly issues:

Magic may be Loki’s forte, but it doesn’t seem to be helping him much lately. While Tom Hiddleston heads an exciting new frontier on Disney+, it’s been quite some time since he had as much success in the comics. His latest series was written by Dan Kibblesmith with the final issue’s art provided by Andy MacDonald. It was a lighthearted take on the many happenings across Jotunheim, Asgard and beyond. Over the last few years, Marvel have tweaked the would-be villain to better suit his rise in popularity. Rather than a mischievous and scheming villain always plotting against his brother, he’s a quick-witted monarch doing his best to do the right thing.

It sounds to me more like another contrived example of spotlighting a crook because it just has to be done. Why not focus on the Warriors Three, Fandral the Dashing, Hogun the Grim and Volstagg the Enormous? Or even Balder the Brave? Loki may not be the worst adversary Thor ever had, but making Loki the star of the show still doesn’t sound very tasteful. And neither does what happens in the last issue:

With that the latest Loki series began its final and yet most entertaining issue yet. A time-traveling romp with Loki in the wildest of Wests, with a cameo from almost everyone’s favorite X-man: Wolverine! The hilarious but brief bloodbath that ensues is worthy of more than just a 5-issue series. […]

Hmm, just how bloody is it? Based on Marvel’s track record since the turn of the century, with this recent Thor-related example being one of them, I wouldn’t trust Loki’s story to be any better.

Sadly, stories don’t always have the happiest of endings. Rather than the issue evolving into a glorious tale of time travel wizardry, it quickly returns to the modern day to give Loki some much-needed time to reflect. Not just on his recent travels or newly gained positions of power, but to essentially reflect on the end of yet another story. Marvel Comics has always been quick and merciless with their cancellations and the end of this Loki series is no exception.

Well if it was planned as an ongoing instead of a miniseries, that’s your answer right there. They don’t have the patience to build up a character’s alleged popularity incrementally, in contrast to how Chuck Dixon built up Birds of Prey in 1996, and it results in busloads of failed ongoing series making a joke out of the industry. The cover price of 4 dollars or more is no improvement.

Considering how badly they’ve handled Thor-related items these days, that’s why I won’t be sorry to see this spinoff go down the drain.