The Valdosta Daily Times spoke about a new comic starring Prince Namor that’s being released to coincide with the premiere of the movie Black Panther: Wakanda Forever, and it sounds like another PC-laden product:

Moviegoers will meet a new variation of Namor this coming week with the release of “Black Panther: Wakanda Forever.” How this cinematic ideation of Prince Namor, known as the Sub-Mariner in the comics, will play out remains to be seen.

As does his latest comic book, “Namor The Submariner: Conquered Shores.”

The premise: It’s a century from now. Land is scarce on Earth. The majority of the planet is underwater. Severe climate change and a war with the alien Krees have sunk the continents.

Namor is still alive. Still powerful. His kingdom vast. More vast than just Atlantis. He is king of the world.

It’s promising. Writer Christopher Cantwell and artist Pasqual Ferry have a good feel for the character who we find in a new situation.

If the first issue is any indication, readers may want to dive deep into this series. 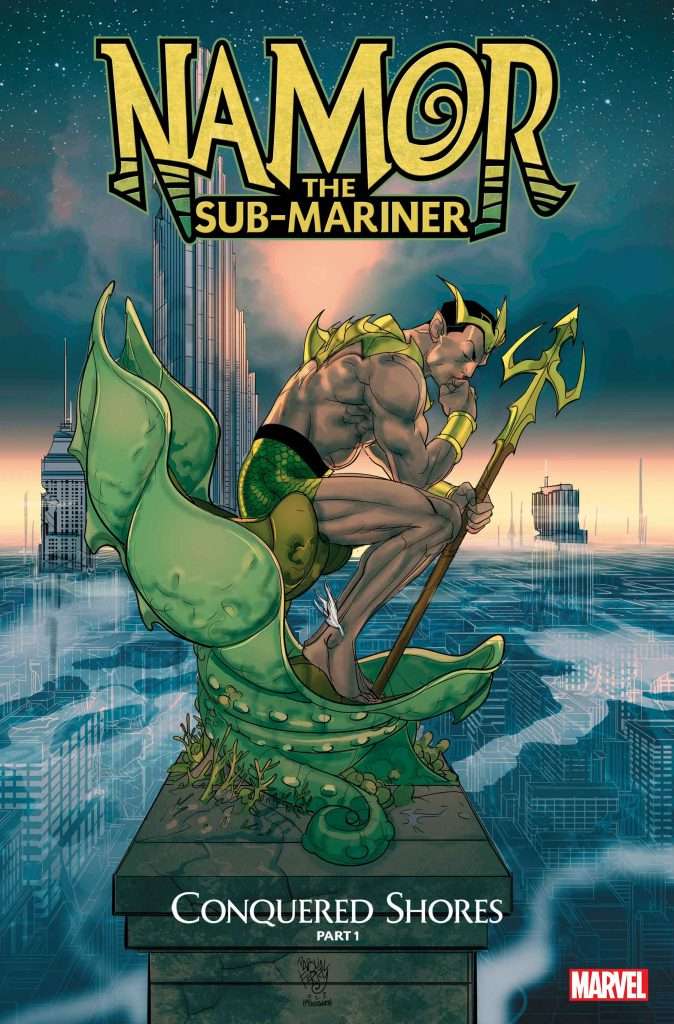 Well I’m sorry, but I’ve long observed enough to realize this is bound to be no better than what came during the past 2 decades, and it’s already been noted that the cinematic take on Namor will be yet another PC modification. The part about climate change is enough to suggest it could build on that kind of propaganda, which in an era like this, is bound to be pretty heavy handed, to say nothing of cheap.

And if this was written to cash in on moviegoers, maybe that’s just the problem – it wasn’t written to stand on its own, but rather, to serve a far more commercialized purpose.