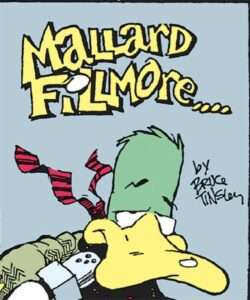 Russia Today reports on the cancel culture that’s come for the right-leaning Mallard Fillmore newspaper strip, because its cartoonist dared address the subject of male transgenders forcing their way into women’s sports with the help of Joe Biden’s policies:

Combative conservative comic strip ‘Mallard Fillmore’ has been dropped by the entire Gannett media group. The decision was reportedly made over its jab at Biden and trans athletes’ access to women’s sports.

Gannett is the largest newspaper publisher in America by daily circulation and owns USA Today, as well as some of the largest regional papers, including the Indianapolis Star and the Detroit Free Press. The group recently dropped the comic strip Mallard Fillmore, it was confirmed to the Washington Times.

“We made a decision last month to discontinue the Mallard Fillmore comic strip in our newspapers because a review of the recent work showed it did not meet our standards,” Amalie Nash, senior vice president of local news at USA Today Network, said.

Some newspapers owned by Gannett, such as the Sarasota Herald-Tribune and The Record, previously announced that they will no longer publish the comic strip on their pages, but the new report confirms it was the publisher’s decision to axe it.

I’d been aware for some time Gannett was a bad lot politically speaking, no better than the now defunct Knight-Ridder syndicate, and this only drives home confirmation they’re running from worse to hopeless. And they, of all corporations running press sources in the USA, are the ones with the most papers under their ownership? This is sad. The Chattanooga Times Free Press addressed the issue of Gannett dumping the strip because the political views expressed are unacceptable by today’s leftist ideologues:

That’ll be the response of the folks on the left after “Mallard Fillmore,” a comic strip that depicts a politically conservative duck who works as a reporter at a television station in Washington, D.C., was dropped from Gannett newspapers across the country after two cartoons that were vaguely critical of President Joe Biden and his encouragement of transgender participation in women’s sports. 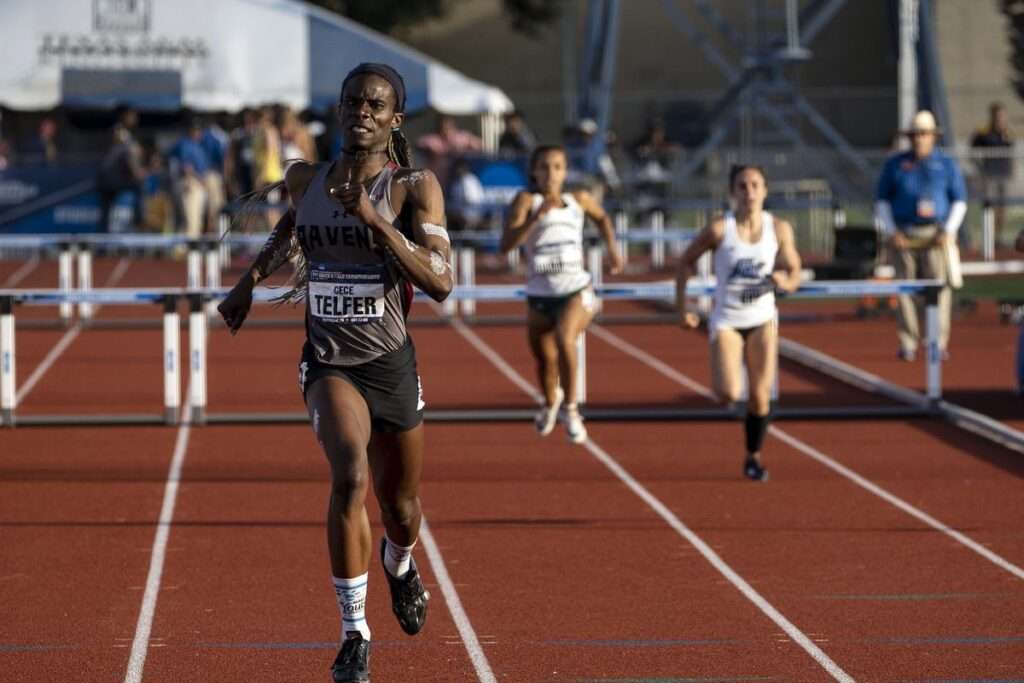 Apparently, the left will say it’s just a comic because they want the right to believe the art form is literally junk that they shouldn’t even waste an iota of time upon, but when the left sees fit, they’ll use the “just comics” as a defense for what they read.

If the media corporation ordered the particular strips not to be used, that would be taking a stance. If it also removed left-leaning “Doonesbury” from its pages — the route the Knoxville News Sentinel took in 2015 — that would indicate it wanted politics out of its comic strips. Dropping only “Mallard Fillmore” from a group of newspapers is a blatant attempt to silence a conservative voice, no matter how much political relevance one might give to a comic strip.

In that case, anybody who’s a realist can cancel their subscription to Gannett-owned papers, with the most standout example being USA Today, even if they don’t officially carry comic strips as a nationwide paper.

Bruce Tinsley, creator of the 27-year-old strip, said King Features, which syndicates “Mallard Fillmore,” told him “a decision was made at the [Gannett] corporate level, and they weren’t sure exactly why, except that they were sure it was about those two cartoons,” according to the Washington Times.

The two strips ran Feb. 19-20. The first depicts the president musing: “For too long, segregation sullied women’s sports They were restricted to women! Thank goodness those dark days are over.”

In the second, Biden says, “I hear what you, the American people, want me to do kill fossil-fuel jobs devalue Americans’ labor … and help more transgender athletes beat the *@!# out of biological females.”

We think it’s an abomination to allow athletes born men to compete in women’s sports, which for years were lacking in comparison to those offered for men. But, at a minimum, there is disagreement on the issue.

However, most of the disagreement is with the side held by the president, who signed an executive order on the day of his inauguration to prohibit discrimination based on gender identity in school sports and elsewhere. In a 2020 poll, 60% of respondents said biological males should not participate in women’s sports. Only 21% said they should, and 19% were undecided.

Tinsley told the Washington Times he’d had strips temporarily dropped before and wondered when his number would be called by the cancel culture.

“I’ve thought a million times, ‘This is it, I don’t even know if I’m going to turn this in’,” he said. “But of all the cartoons — it vaguely centers on Biden’s doing that as his first executive order. There certainly was nothing derogatory about transgender people. It was just about what I see as a really unfair environment in sports.”

Alas, the Gannett syndicate has decided that the ideology is one to be designated as a protected/privileged class, as the modern left abandons any support they once had for women’s rights – including to exclusive clubs – for the sake of men infiltrating while pretending to be the opposite sex and robbing scholarships and prizes from women via physical muscle advantage, even running the risk of endangering them via injury.

King Features told Tinsley nothing similar had ever happened.

“From what I’m hearing,” he said, “it was unprecedented.”

Tinsley said King Features has stood behind him but warned him his royalty check would be significantly smaller.

I’m glad to know the publisher’s backing him. But a terrible shame there’s many ideologues out there on the left who won’t. And according to the following reader correspondences, this is just the tip of Gannett’s iceberg:

“Since Gannett acquired the Herald-Tribune, the leftward drift of the newspaper has continued unabated,” he wrote. “The announcement Feb. 24 that the ‘Mallard Fillmore’ comic strip will be discontinued, while ‘Doonesbury’ remains, confirms the trend. Why you wish to alienate your readership only you understand.”

A poster to an online message board said the San Diego Union-Tribune dropped the strip several years ago when it pointed out the anti-Semitism of U.S. Rep. Ilhan Omar, D-Minnesota.

This is definitely telling, when conveyors of antisemitism are given a free pass, but ideologies hurtful to women, along with children and men, are allowed. And Tinsley apparently isn’t permitted to defend Israeli descendants from Omar’s wrath, according to the news syndicate’s ideologues. Something tells me that if Peanuts creator Charles Schultz took up a similar path, he’d be blacklisted as well, and I won’t be shocked if he’s next on the cancel culture hit list (CBS initially balked at producing A Charlie Brown Christmas in 1965 because of Linus Van Pelt’s recitation of the King James gospel passage). The animated holiday specials weren’t even available on commercial TV this past year. For now, if there’s a news syndicate worth avoiding and saving money on subscriptions, it would have to be Gannett.