The Case Against the Comic Book Speculators Market 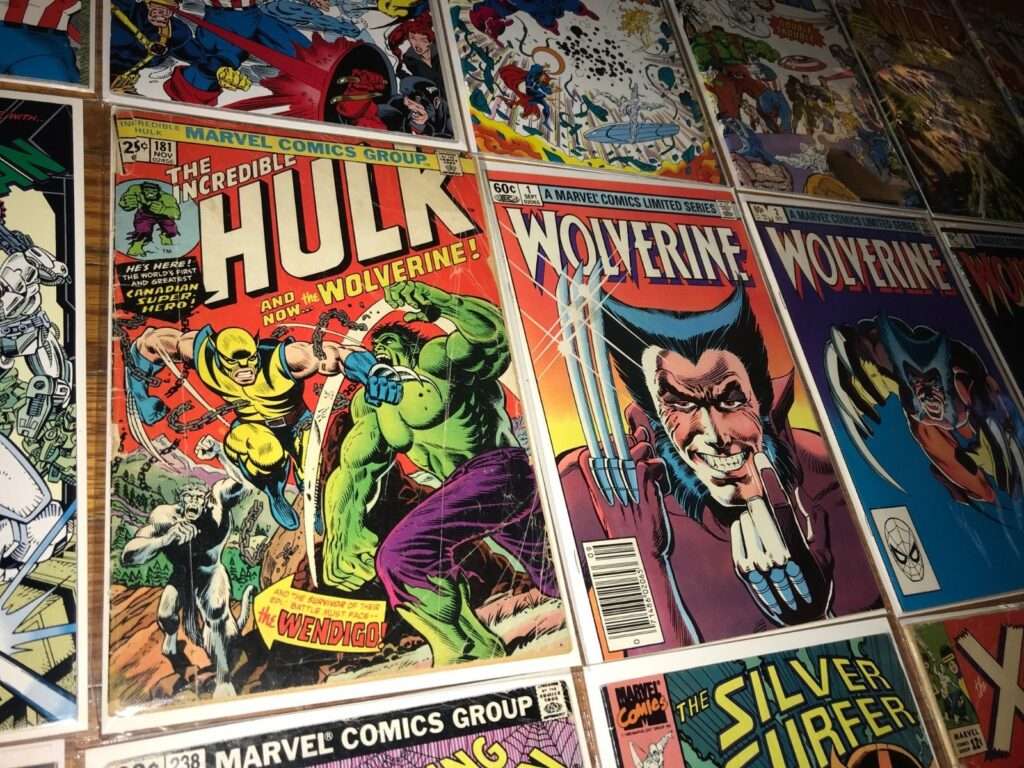 The Argus-Courier wrote about the value of first-appearance back issues and editions, and here, we have an interesting case of a columnist who’s making a case against simply collecting for profit:

Do you collect comic books? Do you collect anything? Do the things you collect in turn collect dust? Look, I’m not here to collection-shame. I’m here to get into why collecting the most prestigious, most expensive, most sought-after and valuable comics for nerds is bogus.

In an age where a lot of these classic stories are now available in reprints, with Marvel surely reprinting a good 90 percent of their archives from the Golden Age till the turn of the century, it’s honestly moot to collect pamphlets under the notion they’ll actually have serious monetary value someday, which has been proven hugely exaggerated since the mid 1990s when the speculator market collapsed, and those who do collect pamphlets not for reading but only for monetary treasuring are an embarrassment to us all.

In nerd culture, some comic books are more highly prized than others. One notable reason is when they include a first appearance. I’ve been asking for years, why? Lets take for example, Wolverine. Believe me, I was very tempted to say someone more obscure like Man-Thing, but I realize not everyone speaks nerd and goth. Man-Thing is very goth and very cool and probably the best comic character ever created.

But back to Wolverine.

Who cares, though? It happened in 1974. Many collectors weren’t even reading comics during this time. Still, first appearance issues of comics go for much much more than just run-of-the-mill stories. Even though you can buy reprints of the same story. 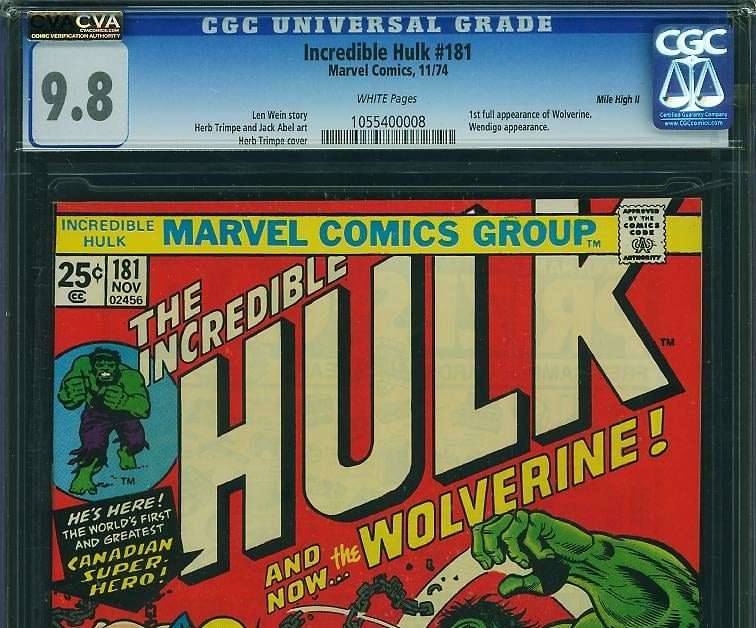 Exactly. And that’s why it does no favors for comicdom if somebody’s solely interested – or worse, obsessed – with collecting the original pamphlets to bag-and-board instead of reading them. These days, when I want to read the original debut of Wolverine, who first came about the year I was born, I’ll look for the Hulk archives to find it, and don’t want to spend an outrageous sum of money just to get hold of the single back issues.

In the comics world, they introduce new characters all the time. People with magic, made of stone, mutants—anything to fill the pages. Most of these characters come and go and don’t become anything more. There are plenty of comic characters just sitting, untouched, from the ‘30s, ‘40s and ‘50s. All kinds of “first appearances” no one cares about.

See, that too is troubling. 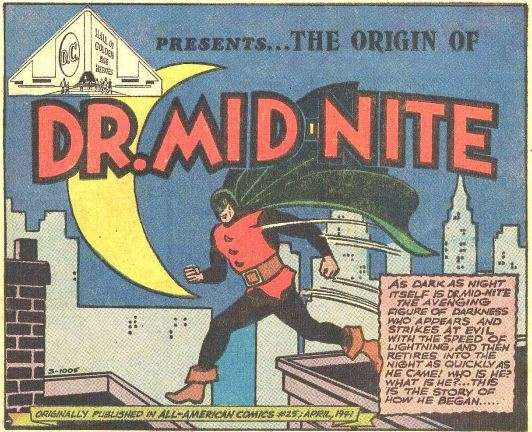 Let’s take Dr. Mid-Nite as an example. He was possibly the first crimefighter with visual impairment, and debuted in DC’s All-American Comics #25 in 1941, yet does anybody care about him as much as they supposedly care about Daredevil? If it hadn’t been for Charles McNider, there may not have been Matt Murdock, but nobody cares, nor do they thank the writers and artists who originally conceived McNider back in the Golden Age, Charles Reizenstein and Stanley Josephs Aschmeier. Nor do they condemn DC for the repellent way they got rid of McNider in the Zero Hour crossover of 1994, at the hands of Extant (Hank Hall from the Hawk & Dove duo, another victim of political correctness at the time). Sometimes, I think the only reason some people claim they love Daredevil is to virtue-signal. Because they never really care about the past. (And has DC issued any Golden Age archives for Dr. Mid-Nite? Not that I know of so far.)

New collectors that want all of a series have no choice but to to buy it from the old collectors who already have it.

I say, stop giving them money.

Get art that actually means something to you. Does the first appearance really mean something to you? Then great, chase that. But other stories and art could and probably should connect to you. Don’t just seek out what collectors try to sell you in the after-market. It’s a 50-year-old practice to make you think the most important issue is some random character’s first appearance.

Certainly, just because an issue may contain an appearance by a hero like Spider-Man, or a villain like Dr. Doom, doesn’t mean you should buy it solely because of that. It should be based on whether the story merit inside is good. Many modern comics featuring such characters aren’t worth the paper they’re printed on, and definitely should not be bought as a result. The 2007 storyline where Joe Quesada forced Mary Jane Watson out of her role in Spidey’s world is a prime example of something to avoid at all costs. And the same goes for Avengers: Disassembled by Brian Bendis. To think such a crude tale would actually form the basis of TV shows and movies is stupefying, yet nobody says anything about it, is devastating. 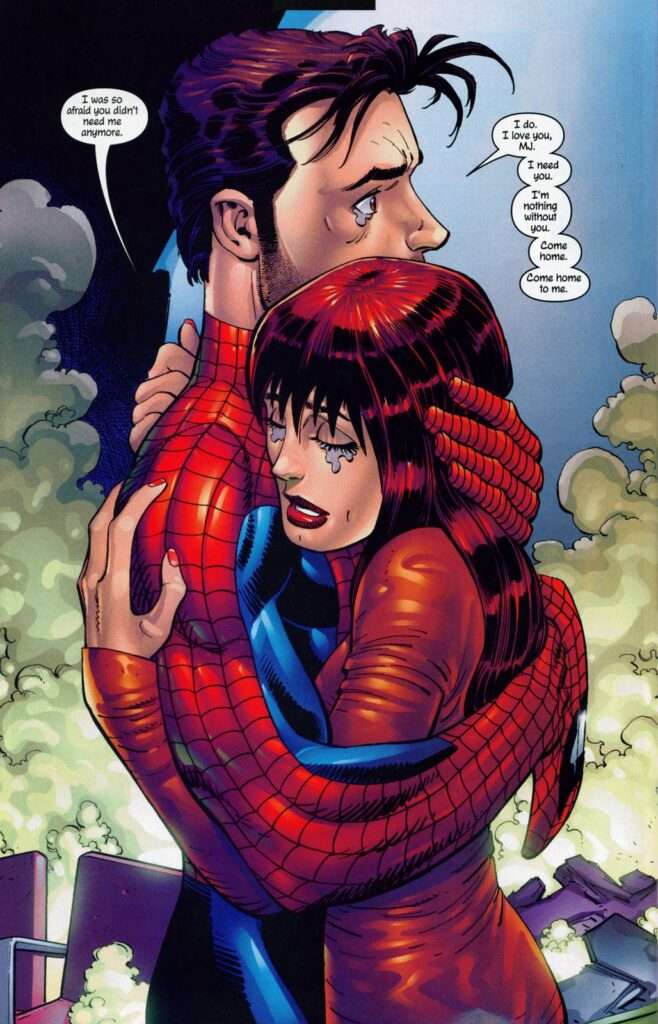 All that aside, this article decidedly offers a legitimate argument that buying pamphlets for profit is appalling, and does a terrible disservice for the medium. Let’s not forget though, that the publishers are just as guilty, what with the way they’re milking the speculator market for all it’s worth with gimmick covers and variant illustrations. It hasn’t boosted sales in the long run, and it’s way past time for it to stop. The same goes for the endless company wide crossovers that have long turned mainstream comics stagnant from an artistic perspective. Why, come to think of it, when artists are drawing up something that could appear on a variant cover, they’d do well to consider drawing it for picture frames in an art galley instead. That’s how you work to gain more respect for an art form that’s now tragically imploding.