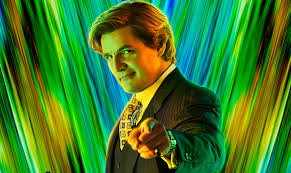 One of the most annoying things about recent superhero movies is when economy selection plays a role in character script choices. IGN’s written a puff piece about the sad choice WB may have made to make Max Lord, the wealthy Justice League benefactor from the late 80s, into a villain in the WW sequel, drawing from his transformation into a villain in Countdown to Infinite Crisis, one of the most loathsome company wide crossovers of the mid-2000s:

Every bad guy thinks they’re the good guy in the story, but none more than DC Comics’ Maxwell Lord. An arrogant businessman whose life has been intertwined with the Justice League since the late ’80s, Lord has since played a pivotal role in one of DC’s biggest universe-shaking events. Most notably, Lord is known for making Wonder Woman cross a line she had never crossed before, and the repercussions were staggering.

Mainly for WW, and for all the wrong reasons. Lord was depicted mind-controlling Superman into a torrent of violence and devastation, and to put a stop to it, WW uses her lasso to ask how to get Lord to quit his act. To which he responds by telling her she should kill him, and she breaks his neck. But that’s not even half the problem. What was the problem is how Superman – and Batman – react, most negatively, as though she shouldn’t have prevented Superman from actually doing something he’d have a hard time living with, the chance he could’ve cost innocent lives. Greg Rucka’s storyline was insulting to the intellect in the extreme, and served as a wakeup call to what a hypocrite he was.

And this smells of a confirmation they have no issue with turning a guy who was no angel but still far from a crook into a flat-out evil figure, and don’t even appreciate the tongue-in-cheek comedy Justice League was meant to represent in the late 80s. Explaining perfectly why IGN’s a bad source to rely on for objectivity. But I’m not sure this is the first time Lord’s been live-actioned. It may have first occurred in the Smallville and Supergirl TV shows, so that’s a clue to IGN’s inaccuracy, and non-qualification for commenting on comics. They should stick to the video games they usually cover instead.

When Maxwell Lord first showed up in the late ’80s, he was depicted as an ambitious and successful entrepreneur working behind the scenes to pull the strings of the Justice League. In time we would learn that Lord sees superheroes as a threat to humanity, and he believes, in his twisted way, that he is the man to protect the world from them.

To the point where he’d murder Ted Kord, in 2005’s Countdown, written by Rucka, Geoff Johns and Judd Winick. Evidently, they have no objections to such a loathsome roach of a story, assuming they even bothered to read it.

Maxwell Lord made his comics debut in 1987 in Justice League #1 by Keith Giffen, J.M. DeMatteis, and Kevin Maguire. The unruly new League included Guy Gardner, Black Canary, Captain Marvel, and more. This incarnation of the superhero group started as a far cry from the smooth-running Justice League you’re used to.

Umm, which one would that be? The Silver/Bronze Age League? Or what came around 1997? And why should we be used to it? This has the risk of suggesting we’re only used to a super-serious take on the League with little or no sense of humor allowed. If that’s what they’re insinuating, it’s just why superhero comics deteriorated.

Lord was a powerful businessman who eventually won the trust of the unsuspecting members of the League (except Batman, because he’s Batman) and established the team with the new moniker Justice League International. Lord even introduced Booster Gold to the League’s ranks and struck up a friendship with members like Blue Beetle Ted Kord and the Martian Manhunter. Lord’s full story and motives wouldn’t be revealed until 1988 in Justice League International #12.

Readers discovered that Lord was under the influence of a malicious sentient computer, which had convinced him to manipulate the Justice League and attempt to replace the world’s leaders with androids, all in the name of world peace. Lord broke free of its power and destroyed it.

And that was a heroic act, resisting an evil mind-controlling device that wanted to cause hurt, and how do later writers follow up on this? By reducing him to a one-dimensionally evil murderer in 2005.

Lord continued to work with and bankroll an offshoot of the Justice League for years, and it wasn’t until the massive comics event Infinite Crisis (2005) that his role as a ruthless villain was established.

His villainous turn was the result of the Infinite Crisis itself as it wreaked havoc on the universe and timeline. Rather than a friend to the League, Maxwell Lord was now its secret foe, and a formidable one at that. When his former friend Ted Kord discovered his plot to control all metahumans, Lord murdered him in cold blood with a bullet to the head. Lord then set his scheme in motion to protect the world from the menace of superheroes.

Oh, just what the world needs. The whole premise was part of a wider scheme of Dan DiDio’s to make superheroes look bad for the sake of villification and defamation, to say nothing of an assault on the very idea of heroism. You could say Marvel already did it with Captain America a few years prior, when they turned out The Truth: Red, White & Black. Countdown’s premise was all forced and contrived, but IGN’s writer predictably won’t be objective and comment on any of that.

Lord was originally just a non-powered, shrewd businessman who considered himself quite the genius. After the Invasion! crossover event in 1989, Lord learned that he had a new metahuman ability — a form of mind control that pushed people to heed his desires, but often at the cost of his own well-being if he pushed too hard. (Lord suffered anything from a nosebleed to a brain hemorrhage as the result of using this ability.)

Maxwell Lord can “nudge” the minds of almost anyone, even if they are aware of his manipulation. “I can take a mind that’s resistant,” he once explained to the Martian Manhunter, “and give it a little nudge… to move it in a direction more in line with my own purposes.”

Let me guess: they exploited this storyline from Invasion to justify turning Lord into a mind-controlling villain who’d grab Superman and force him into a destruction derby. This is another example of what’s gone wrong with corporate-owned superhero comics – using past ideas that were far from badly intentioned as justification for nauseating directions, instead of trying something more inspiring. And what happened after WW twisted Lord’s neck?

She fell into Lord’s trap; he had set up a broadcast and the footage of his death was seen around the world. The shocked populace began to lose its faith in superheroes, Wonder Woman in particular, and even Batman and Superman turned their backs on Diana Prince for a short time.

This was the problem. A forced premise for Marvel-izing the DCU, and the worst part is that it was meant to affect the DCU entire. And neither Superman nor Batman try to launch any kind of defense, just throw WW under the bus, even if the direction didn’t last. Based on all the ill will behind the editorially mandated, audience-trolling direction, that’s what made this such a sick affair.

While we haven’t learned much about the role Lord will play in Wonder Woman 1984, the images and trailer seem to indicate that Pedro Pascal’s take on the character is the slick businessman version of the character. (You can practically smell the leather in that 1980s luxury car.) Will this Max Lord be friend or foe, businessman or supervillain? And will he force Wonder Woman to make a decision that might change her life? Will he somehow work with Kristen Wiig’s Barbara Minerva/Cheetah in the film? We’ll find out in 2020.

If Lord’s the villain, I do not approve of drawing from some of the most repellent in recent storylines, and see that as a disfavor to Keith Giffen, J.M. deMatties and Kevin Maguire, who co-created Lord back in 1987, and, lest we forget, fans of that Justice League era. Lord was, if anything, an anti-hero, and to reduce him to a cruel figure is cheap and denigrating. The first WW movie may have been successful, but if Lord’s being cast as a villain in this sequel, I’d feel discouraged from seeing it, as I wouldn’t want to validate DC’s abuse of their character stable. 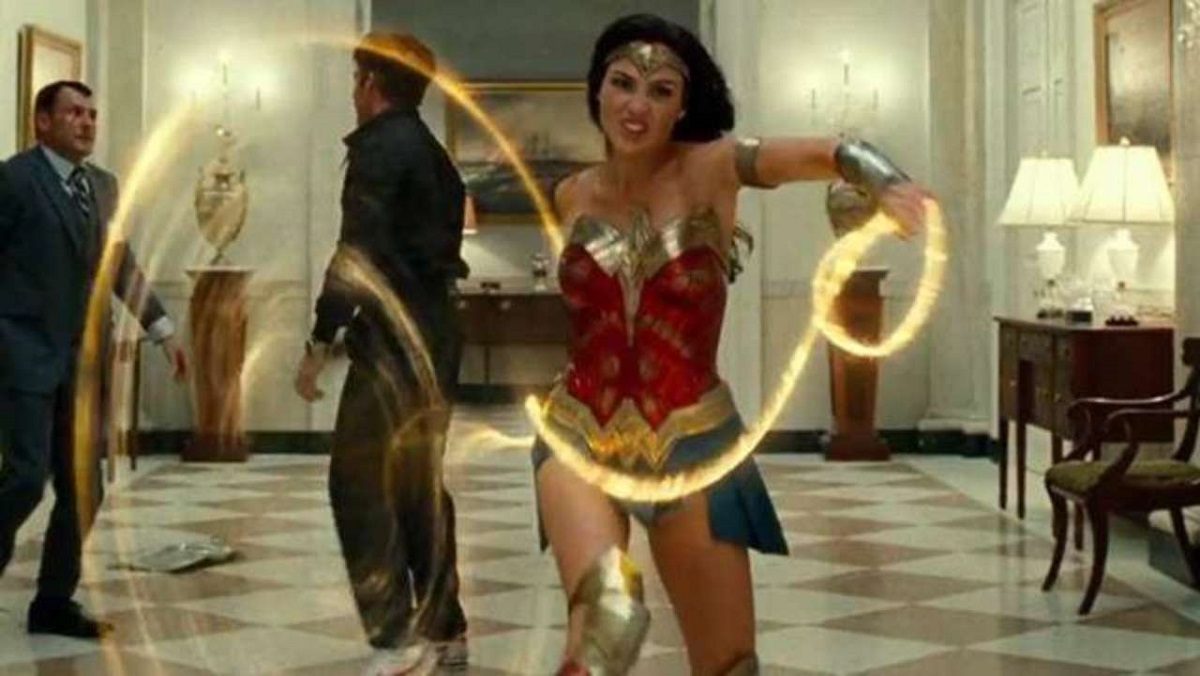