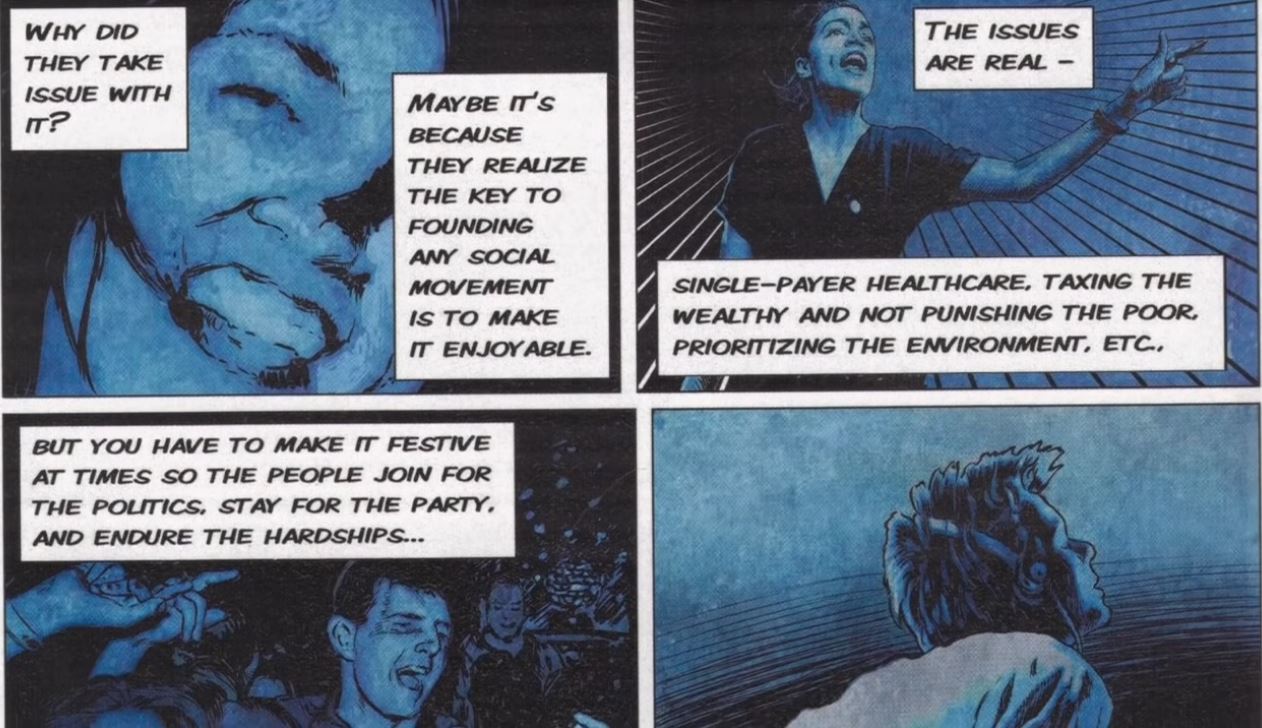 The Washington Post sugarcoated the Ocasio-Cortez comic which Devil’s Due Publishing came up with, but it does reveal some insight to the contributors who’ll be writing for this project.

“Not only has Alexandria Ocasio-Cortez shown to be an inspirational figure,” (Joshua) Blaylock (CEO of Devil’s Due) said. “She’s also taking on some pretty herculean goals and going up against major institutions — not unlike several comic-book heroes of the past.”

Considering she’s part and parcel of major institutions, like the leftist establishment, and even angered some liberals too, I don’t see his point.

Since the dawn of superhero comics, such costumed fighters as Superman (who took on a corrupt senator in 1938′s Action Comics No. 1) and Captain America (who punched Nazis in his ’40s debut cover) have been blatantly political. 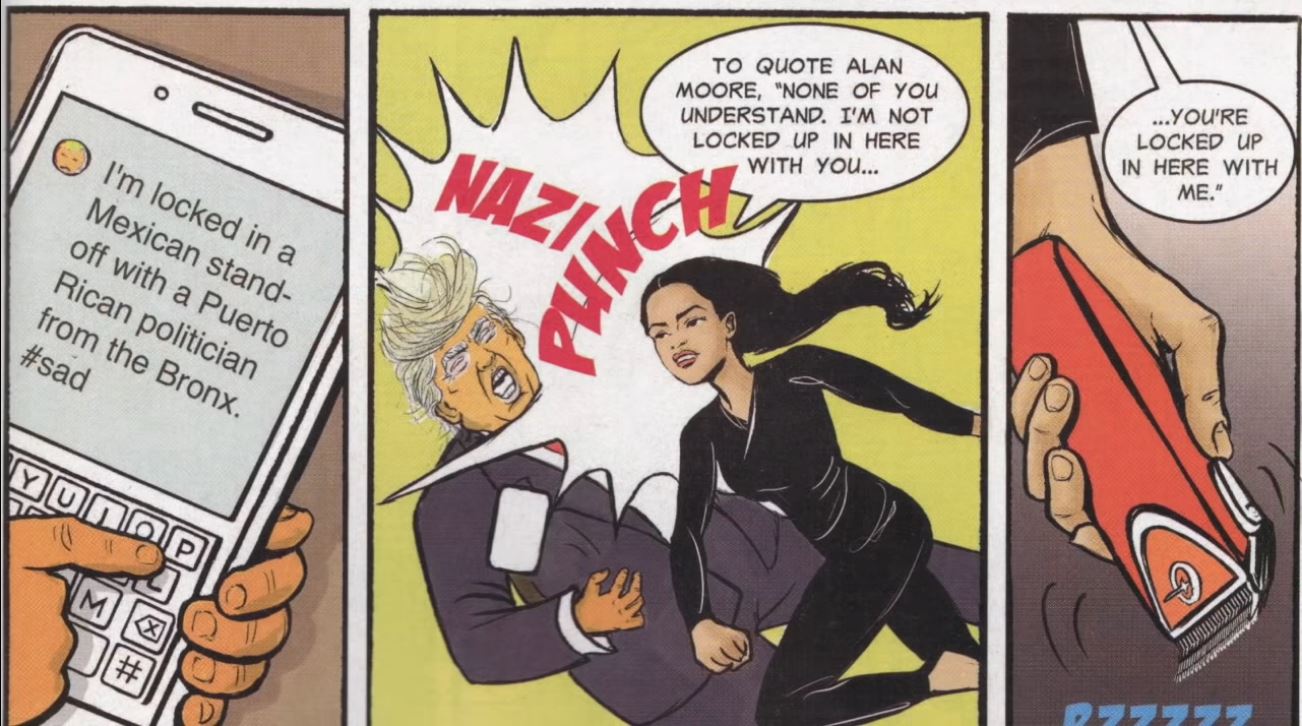 This sounds like just another effort to “prove” comics were always more political than adventurous and entertaining. And all from clowns who never respected Kirby/Simon, or had any complaints about the sickening angle used in the Secret Empire crossover at least 2 years ago.

Even real-life leaders have had their moments. Such presidents as Richard Nixon and Barack Obama have been depicted in superhero/action comic books, including “Barack the Barbarian,” which Blaylock published a decade ago.

How interesting they mention Richard “Tricky Dicky” Nixon, suggesting he may have been presented positively in their past political projects. If he was, given he too was no saint, since he supported abortions for mixed race infants, it isn’t unsurprising.

“AOC is one of us,” the New York-based Haspiel said, of the congresswoman’s appeal among some of his colleagues. “She slung coffee, digs comic books and isn’t afraid to dance.”

So, those are the pretentious people recruited for writing and drawing the stories in this mishmash. Including Seeley, who came up with apologia for Islam some time ago. Needless to say, the other story they speak of sounds disgusting in the extreme; nothing more than another example of poor taste built on partisan politics, which we could use far less of at this point. 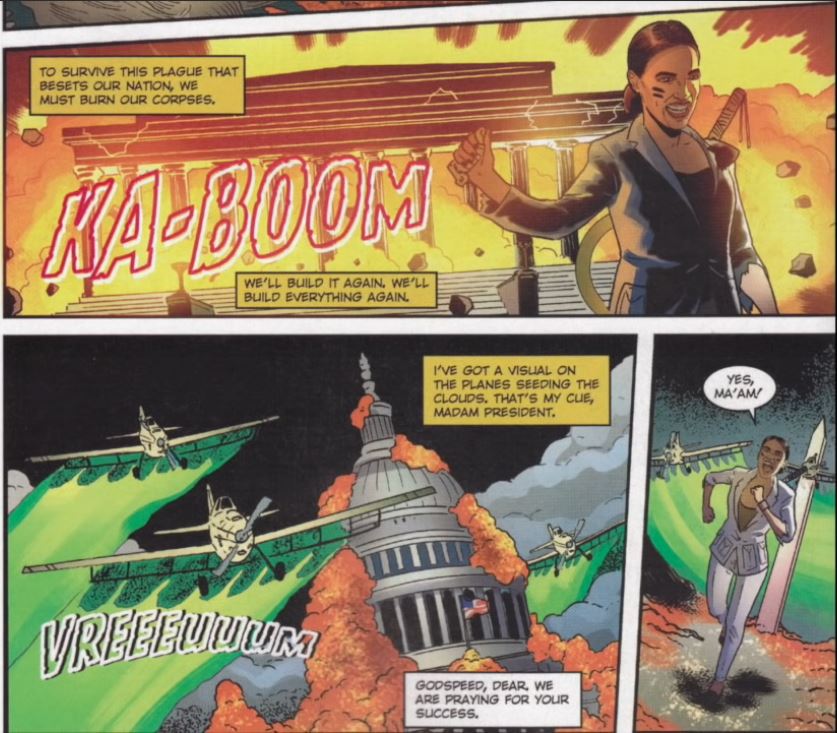 Shortly after this news came about, interestingly enough, DC sent a cease-and-desist announcement to Devil’s Due, because they didn’t approve of drawing a costume for Ocasio-Cortez that looked very similar to Wonder Woman’s costume:

But DC Comics, which owns the rights to the Wonder Woman comic-book character, apparently doesn’t appreciate that a rival publisher has depicted the congresswoman in an outfit similar to that of DC’s famous crime-fighter creation.

According to reports, DC Comics has filed a cease-and-desist order against Devil’s Due, the company behind a new comic book titled, “Alexandria Ocasio-Cortez & The Freedom Force: New Party, Who Dis?”

So, does that mean the official cover that was already issued won’t be put to use, or, if the outfit’s already in the story proper, the book won’t go to press at all? I won’t feel sorry for Blaylock’s business if irony winds up grinding their “fun” to a halt. And all because of a company whose present executives have politics no different than theirs. 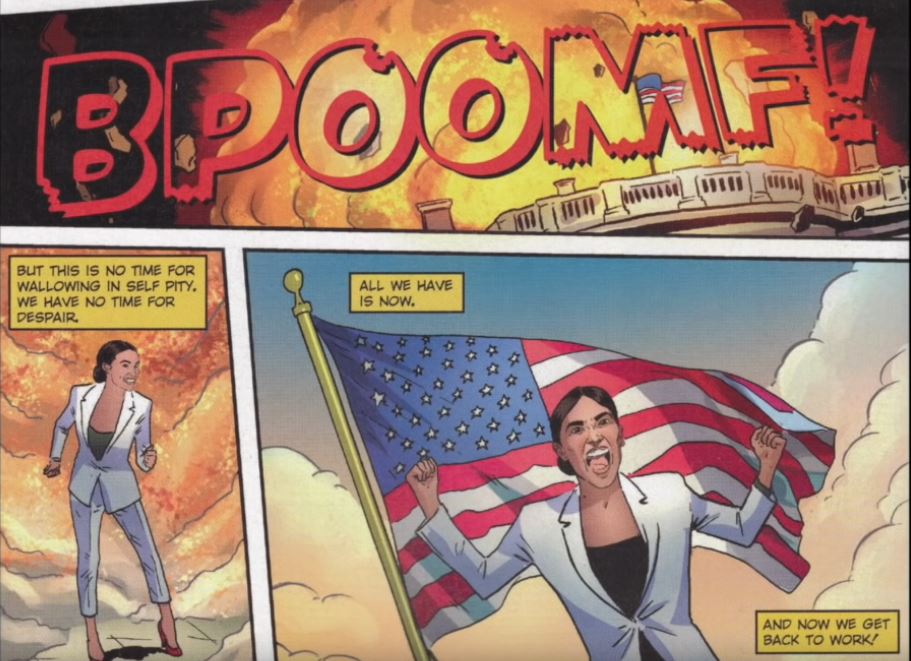 It’s a shame some publishers won’t show they have what it takes to avoid gross examples of blatant leftist politics. That obsessiveness is only making them look bad.